According to TCL, a TV manufacturer, the example set by the PlayStation 4 and Xbox One will be followed by the current Sony and Microsoft hardware.

The PlayStation 5 and the Xbox Series have been available since November 2020, so both platforms are at least a year and a half old. Keep it in mind when thinking about the PlayStation 4 Pro and the Xbox One X, as the two ‘half-gen’ consoles were released in 2016 and 2017, respectively, so 3-4 years after the original models were released in 2013. And history will repeat itself this time if TCL is to be believed.

PPE, a Polish site, reported that TCL Technology mentioned the generations of game consoles during its presentation, which, as a TV company, is logical for the resolution and frame rate (Hz). In 2013, PlayStation 4 and Xbox One were considered to be the 8th generation (720p/30 FPS render, 1080p/60 FPS output). In 2017 came the “8.5th generation” with the PlayStation 4 Pro and the Xbox One X (1080p/30 FPS rendering, UHD, i.e. 4K resolution and 30 FPS output).

It suggests that TCL has some pretty steep expectations, but the chances are that if there are indeed newer half-generation updates, those consoles will not have native 8K resolution (7680×4320) games. They will be upscaled from 4K. We have to ask: how much does TCL know about Sony and Microsoft’s plans?

They must know something, as TCL is the second-largest TV manufacturer globally. They had a pretty concrete basis for comparison with the RX 7700 XT… 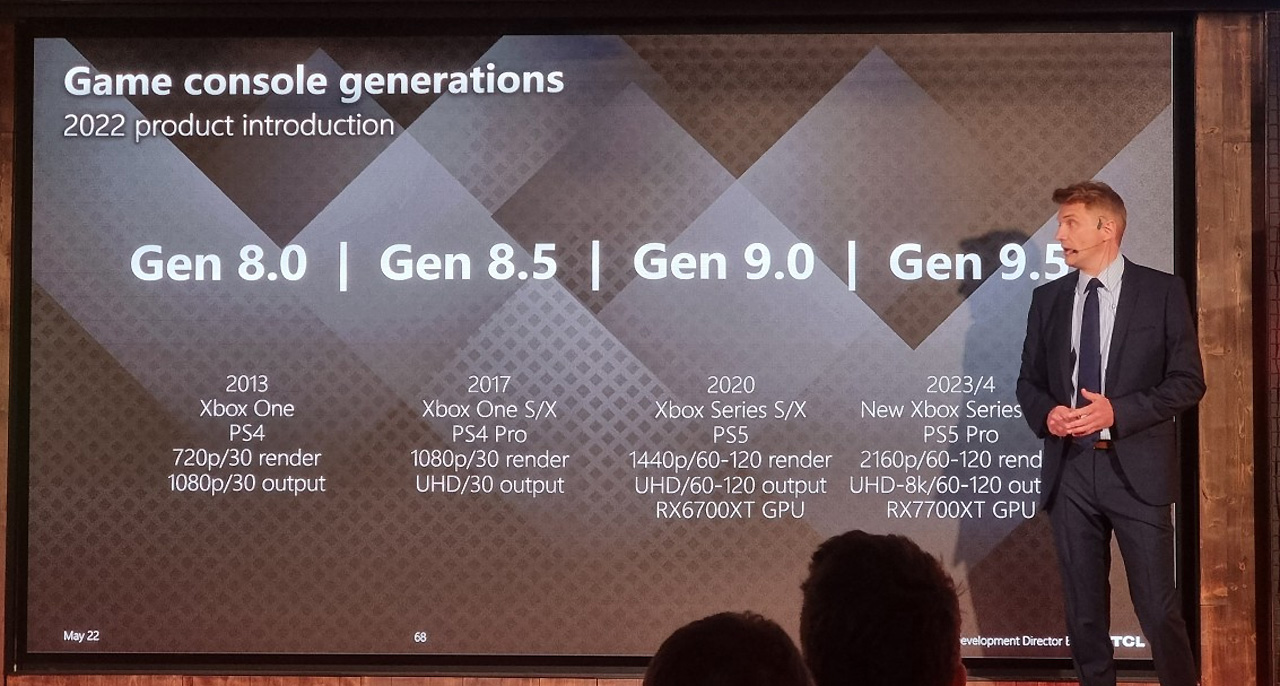 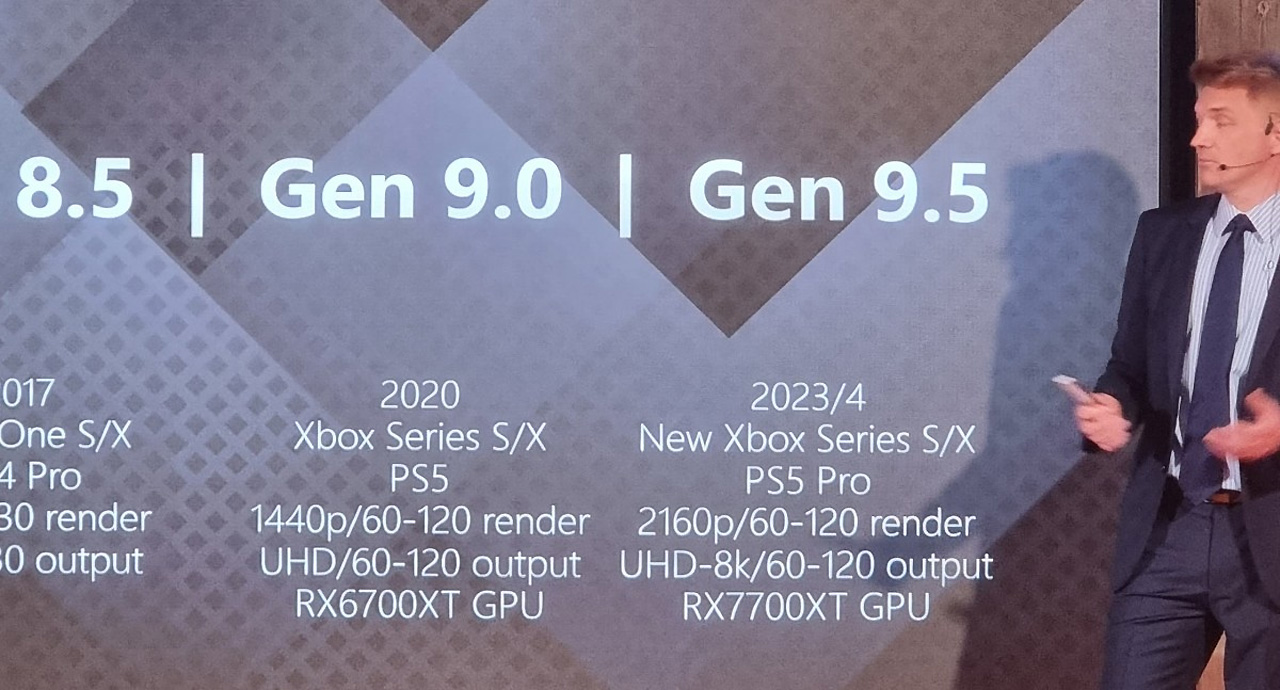