It’s official: a sequel to Star Wars Jedi: Fallen Order. All sorts of exciting announcements and reveals were made at the big Star Wars Celebration event, including confirmation that Season 3 of The Mandalorian will premiere on Disney+ in February 2023. However, the latest reveal should be fascinating for gamers as Electronic Arts, Respawn Entertainment, and Lucasfilm Games officially announced Star Wars Jedi: Survivor, the sequel to the popular 2019 action-adventure game Star Wars.

Once again, Stig Asmussen is at the helm as the game’s director, with fan favourite Cal Kestis returning as the main character.

The game picks up five years after the events of Star Wars Jedi: Fallen Order, with Kestis and his droid sidekick BD-1 still on the run from the Empire. The cinematic trailer helps to set up the plot as the Empire gets its hands on Cal’s lightsaber. Kestis then finds a mysterious character hanging in a Bacta tank, a healing device used by Star Wars characters throughout the franchise. 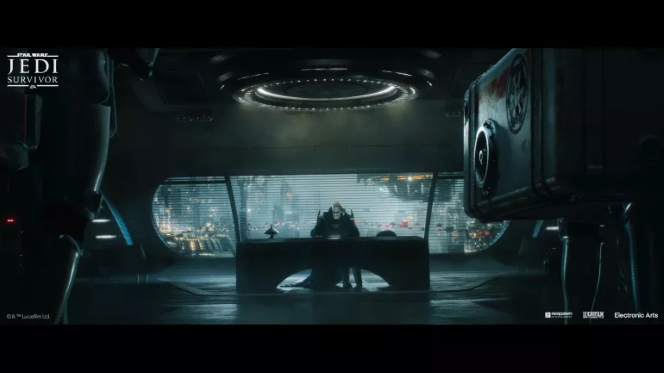 Fans will have to wait until a later date to get answers to the questions raised by the Star Wars Jedi: Survivor trailer. While there is no specific release date for the game, it has been confirmed that it will be released sometime in 2023, so Star Wars fans can expect more information about the game and Cal Kestis’ next adventure in the coming months.

Not much has been revealed about Star Wars Jedi: Survivor in terms of gameplay.

Other than the fact that Cal will have to learn new abilities and new ways of using the Force during the adventure. However, it has been confirmed that the game will be next-gen only, meaning it will be coming to PC, PS5 and Xbox Series X while skipping PS4 and Xbox One entirely. This should ensure that the game is a significant step up from Star Wars Jedi: Fallen Order in terms of graphics and performance, so it will be interesting to see what the end result will be. In an interview published on the official Star Wars website, game director Stig Asmussen outlined some of the next-gen benefits fans can expect when Star Wars Jedi: Survivor is released. These will include ray tracing and fast loading. Asmussen also briefly mentioned the PlayStation 5’s DualSense controller, revealing that the development team is “digging into” the DualSense’s unique capabilities, such as haptic feedback.

There is no word yet on when fans can learn more about Star Wars Jedi: Survivor. EA won’t be holding its usual EA Play event this year, so that it could be a while. While they wait, Star Wars fans can check out the new Obi-Wan Kenobi series on Disney+, the first two episodes of which we’ve already written about.