The PlayStation 5 To Support Older Hardware?

It seems that Sony is looking to add support for older peripherals to the PlayStation 5, according to a patent.

The patent is called something like “Systems And Methods For Converting A Legacy Code Into An Updated Code”, and the image below shows what Sony may be up to. Older peripherals have been placed on it, and you can spot more in a moment. The PSP Go (which didn’t have a UMD drive, so it was a digital handheld… and maybe that’s why it wasn’t a big hit), the DualShock controller (DualShock 3?), the PlayStation Mouse, the EyeToy camera, the PlayStation Move wand all appear. Still, we also see a remote control (Sony Media Remote), a memory card, and some kind of a ‘legacy card reader’.

Most of these peripherals are from the PlayStation 3 era. Remember that rumours used to say that Sony was trying to emulate PlayStation 3 locally (PlayStation Plus only allows you to run PS3 titles from the cloud; PS1, PS2 and PSP games run locally without any problems), and if these accessories can be made to work, it could be one of the things Sony is missing. They may be just trying to emulate them, too, as they’re not available in shops these days, apart from PlayStation Move sticks, unless you see a second-hand one here and there.

Sony Interactive Entertainment registered the patent on June 30, so we may not see its results anytime soon, as Sony hasn’t even got around to announcing what games will be added to the Extra or Premium tier of PS Plus in the monthly PlayStation Plus Essential post. Meanwhile, Microsoft is laughing, with (Xbox) Game Pass getting two posts a month detailing what games, DLC and extra content are coming and which titles are leaving the Redmond-based company’s subscription service.

The PlayStation 3 is not lightweight due to the Cell processor: even PC emulation has a long way to go before it’s perfected (RPCS3). 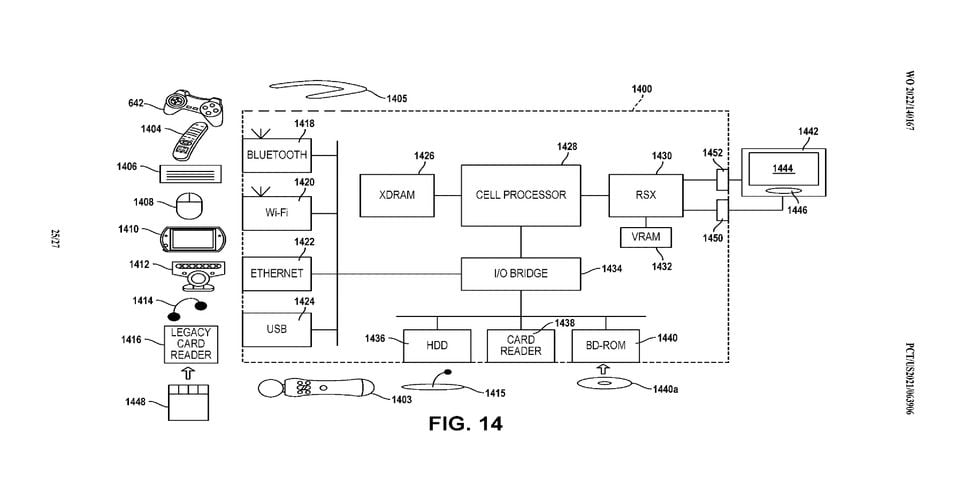