Stranger Things 5 – Everything We Know About The Final Season SERIES PREVIEW – Stranger Things season 4 has been dominating the social media conversation for over a month now, especially since the showrunners decided to split the season into two parts. Without giving too much away, the finale left many viewers feeling depressed and somewhat pessimistic about Hawkins’ future, much like the Avengers: Infinity War after Thanos’ snap in the film that shocked audiences leaving the theatres.

Although filming for season 5 has not yet started, there is still a lot of information circulating about it. Recently, on the Happy Sad Confused podcast, writer-director duo Matt and Ross Duffer (aka the “Duffer Brothers”) announced that the final season would be very different from the previous four.

You read that last sentence right: Stranger Things season five will be the series finale, unfortunately. The Duffer Brothers said that when they applied to Netflix, they would need at least four to five seasons to tell the story they envisioned, and Netflix responded by giving them a five-season deal. 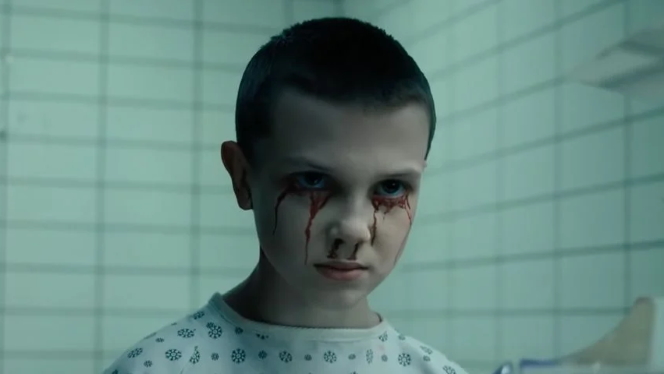 When is the release date?

Perhaps the most crucial question about season 5, but no official release date has been announced yet. However, guessing from the results of the series release date so far, we can conclude that season 5 will be released sometime in 2024.

If we average the waiting times between seasons, the average is about 23.5 months or roughly two years. Of course, it would be nice if we didn’t have to wait that long, but that puts the time roughly halfway to 2024. Moreover, following the same pattern, we get some official previews and teaser trailers six to eight months before the release of season 5.

In a recent interview with Collider editor-in-chief Steve Weintraub, Matt and Ross Duffer explained that they want to prioritise quality over speed. Between the writing, pre-production, shooting and post-production, no one wants their work to suffer because they are rushed.

The Duffers also included in the interview that the visual effects team is on par with the Marvel Comic Universe team but has a much faster turnaround speed. The Season 4 finale alone had more visual effects scenes than the entire third season of Stranger Things. How many episodes will there be?

As mentioned, the showrunners are still in the process of writing season 5, and this will be based on speculation. Seasons 1 and 3 had eight episodes each, and seasons 2 and 4 had nine. If this pattern continues, season 5 will probably be eight episodes.

The Duffer brothers also acknowledged that there had been complaints about the length of episodes, suggesting that most episodes in Season 5 will be closer to the size of previous seasons, which is about an hour or less. However, it has also been indicated that the final episode will be closer to 2.5 hours, which will be an “epic showdown”.

Since that’s how things ended in the Season 4 finale, there won’t be time to build up the action in Season 5 slowly. Supposedly, we’ll be going full throttle from episode 1. What can we expect from season 5?

Both Millie Bobby Brown, who plays Eleven, and Noah Schnapp, who plays Will Byers, have slammed the Duffer brothers for not killing off any of the original cast/characters, instead only killing off minor supporting characters.

While they have not directly said what their plans are for the deaths in season 5, they have stated that “this is not Game of Thrones”, and they don’t want to kill off characters just for shock value.

While the deaths so far have been poignant and meaningful to the story, many Stranger Things fans have also voiced their criticism of the “plot armour” that always seems to protect the main cast of characters. Fans are hungry to know what the future holds with the fifth and final season of Stranger Things upon us (unlike The Mind Doctor). Luckily, there’s good news for the next big thing in the Stranger Things universe and its creators. Don’t be sad that it’s almost over, but be glad you were with us.

Netflix has already confirmed that a spin-off series is in the works, and while the Duffer brothers are coy about the details, they have said that it will be “1000% different” from the current series. As well as the spin-off series, they will oversee a stage production based on the Stranger Things universe.

This stage play will be directed by Sonia Friedman (Harry Potter and the Cursed Child) and Stephen Daldry (Billy Elliot), a famous British acting duo who have worked together several times in the past.

The Duffer brothers have also formed a new label with Netflix for their future collaboration (including the spin-off series), called Upside Down Pictures. The main focus of the publishing house will be stories that inspired the Duffer Brothers, where the ordinary collides with the extraordinary, allowing for solid character arcs that prove that courage and heart can defeat evil.

In addition to the spin-off series, the new publisher of Duffer Brothers will also be responsible for the adaptation of Stephen King’s new miniseries, The Talisman. Amblin Partners, led by Steven Spielberg, is developing the miniseries for Netflix in partnership with Upside Down Pictures.

Upside Down Pictures will also be behind the second live-action adaptation of Death Note for Netflix, based on the Japanese manga and anime. Instead of a feature film like the 2017 adaptation, this new adaptation will be a TV series.