PREVIEW – Producer Frédéric Scheubel has shared details about the cast and gameplay of the story-driven sequel, due out on 21 October, on the PlayStation Blog.

Return to the Borderlands in the exhilarating New Tales from the Borderlands. Developed by Gearbox Software, the choice-based, narrative adventure game will be released on 21 October.

The all-new story brings fresh and familiar faces, new locations and an original, engaging story while retaining the sci-fi aesthetic and gritty, gritty humour Borderlands fans have come to know and love. New Tales from the Borderlands carries the same sense of adventure as Telltale’s original 2014 fan favourite, delivering an unforgettable single-player experience. 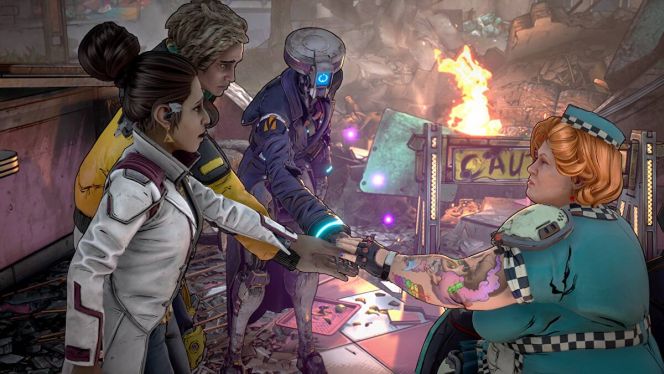 In New Tales from the Borderlands, players take control of Anu, Octavio and Fran. They are led through an epic adventure filled with ruthless corporations, fearsome creatures and talking weapons. Explore new and familiar locations in the Borderlands universe and a host of fascinating characters.

It turns out that in Borderlands, nothing is deadlier than starting a business. Following a series of unfortunate events, our three underdogs find themselves in the unique position of opening a Vault and using its otherworldly contents to create a universe-changing technology. They face local competitors, corporate takeovers, and galactic mysteries in their rush to market. The Good, the Cheat and the Ugly

Anuradha Dhar – In a universe run by weapons companies, Anu is a do-gooder who dreams of a world where no one has to kill to get ahead. Although uncomfortable in social settings, she has no problem-solving problems. With the help of Tech Glasses, she can see complex calculations, probabilities and solve puzzles.

Octavio Wallace Dhar – Anu’s adopted brother, Octavio is a con man with a heart of gold who dreams of making it big on Promethea. According to him, he’s the most popular citizen of Meridian City, with a long list of connections to back it up. His access to information is like no other, and he’s looking for his moment to strike gold.

Francine Miscowicz – Fran is the owner of a successful frog candy shop in Meridian City… or at least she was until Maliwan blew a hole in her shop with a giant laser, and Tediore finished the job. Now he wants revenge on those who destroyed his dreams. She’s strong, fierce, capable and – thanks to the many gadgets in his hover chair – deadly. She will stop at nothing to protect his friends and get what’s coming to him.

While each of the three characters has their own unique quirks, talents and dreams, it is ultimately up to the player to shape their dialogue and decisions. Choice is at the heart of the game, and you have the power to determine how the story unfolds.

Take a hint! Or not…

One of the conscious changes to the developers was to remove the “hints” that show which choices have a long-term impact. They did this because they believed every input is a choice and every decision matters. Each choice has an immediate effect through the characters’ often humorous responses. However, they can also affect how events unfold in the story and ultimately influence which ending you will see. With five possible endings to the game, it’s up to you to discover how your choices affect each character.

While the choice of what Anu, Octavio and Fran say and do is the core of the gameplay, New Tales from the Borderlands also includes free walk-through sequences where you can explore and interact with the environment, simple puzzles for players to enjoy, and mini-games – including Vaultlanders, a mini-game in which players must fight to the death (with small plastic figures). The winner gets the spoils (i.e. the loser’s Vaultlander is added to their collection).

The game’s development was led by the Gearbox Software team at Gearbox Studio’s Quebec (Canada) office. Several experienced Borderlands developers came together to create a narrative experience like no other. Gearbox also worked with crucial alumni from the original Telltale Games Tales from the Borderlands narrative team to create a spiritual successor to the original Tales.

The game will be split into five chapters – all of which will be available at launch on 21 October 2022! What’s more, you can replay any chapter after the first playthrough – an excellent option for players who want to experience the consequences of every decision.

Keep your eyes peeled for more New Tales from the Borderlands news on the Borderlands community pages, and if you like what you’ve seen so far, you can pre-order the game ahead of its release on 21 October 2022. 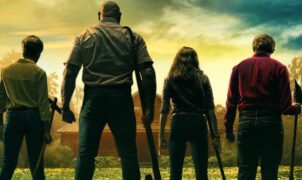