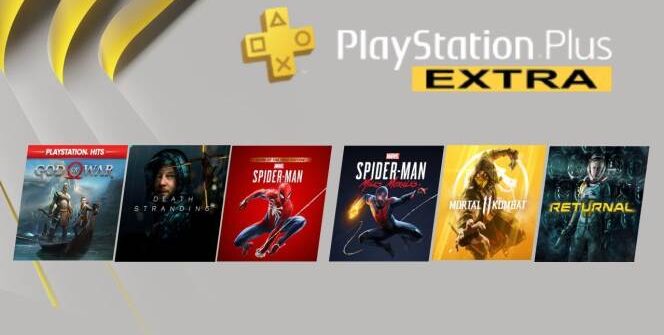 A horror game will leave PS Plus Extra and Premium later this month, and subscribers only have a few days to complete it.

A horror game is leaving PlayStation Plus Extra and Premium later this month. PS Plus Extra and Premium members will also have access to a catalogue of hundreds of titles across multiple genres. Premium subscribers also get some additional bonuses, including the ability to download selected PS1, PS2, PSP and PS3 games.

Sony will be adding new titles to the PS Plus catalogue in the middle of each month. PlayStation 2022 added Deathloop, Dragon Ball Xenoverse 2 and Assassin’s Creed Origins to the collection in September, but the October 2022 offering has yet to be announced. Games from PS Plus Extra and Premium are also released frequently, but the date between titles. Now it looks like a horror game will leave the PS Plus games catalogue in October 2022.

Soma will leave PlayStation Plus Extra and Premium on 18 October 2022. Sony usually updates a game’s store page to mark the date of its departure from the service, and this is no different. The PlayStation Store page says that PS Plus Extra members will have access to Soma and hundreds of other games as part of their subscription. Directly below that, fans can see that the offer ends on 18 October, which marks the date that Soma will be leaving PS Plus. Users interested in the game have just ten days left, and it’s a relatively short game.

Soma was originally released in 2015 and received a positive critical reception, with much praise for its story. It belongs to the survival horror genre and was developed by the Swedish studio Frictional Games. The same development company is responsible for other horror games such as Penumbra and the Amnesia series.

It should be noted that users will lose access to the game after it leaves the Extra and Premium tiers, but some PS Plus members will still be able to play Soma after October 18. Soma was released as a free monthly PS Plus game in December 2018. Free monthly games work slightly differently, as players who added the game to their account at the time will continue to have access to the game until their membership expires.

It’s still pretty strange that a horror game is leaving PS Plus Extra and Premium in October. However, Sony may have other plans for the Halloween holiday, as it’s adding a bunch of horror games to the PS Plus catalogue later this month.