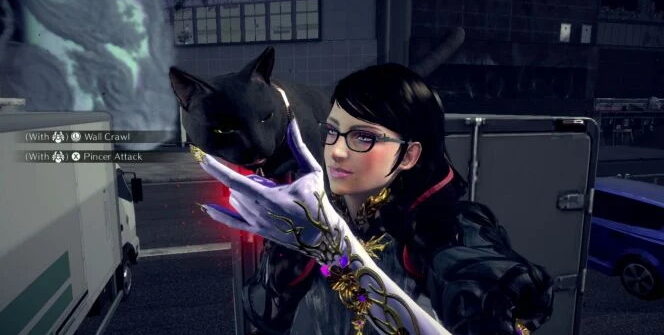 Platinum Games vice president and Bayonetta developer Hideki Kamiya says Bayonetta 4 is in the works. Speculation about the franchise’s future has been running wild since the release of Bayonetta 3 on October 28. What many thought would be a definitive end to the Bayonetta trilogy has been years in the making and has become much more ambiguous. Few expected an official confirmation of Bayonetta 4 to happen soon, but Kamiya had other plans.

Bayonetta 3 was released about a month ago, more than eight years after the release of Bayonetta 2.

In the minds of most fans, a sequel to the Bayonetta franchise was never a sure thing. The action franchise has never been incredibly successful, and the series’ Nintendo exclusivity hasn’t made it any easier. Nevertheless, Bayonetta 3 was completed, and its conclusion left the door open for the future.

On Twitter, Kamiya first responded to a fan by saying that Bayonetta fans were in for an “unexpected development”. That alone got people interested. But Kamiya followed up with a more direct statement. He says he doesn’t think what’s coming is unexpected at all, but that the ending of Bayonetta 3 “wasn’t conveyed correctly to everyone.” With that in mind, he believes that “Bayo 4 will be an unexpected development for everyone.”

Kamiya seems to be saying that many Bayonetta 3 players may have considered the ending of the game ambiguous.

While Kamiya speaks confidently about the future of Bayonetta, that doesn’t necessarily mean it’s a foregone conclusion. As a writer on the game, he may simply be stating his intentions for the story. It would probably be an exaggeration to say that he is talking about production. Even if Kamiya holds an influential position at Platinum Games.

In light of experience, it could be up to eight years before Bayonetta 4 is actually made, if ever.

However, for Bayonetta fans, it must be an incredible feeling that Kamiya has so confidently confirmed plans for Bayonetta 4. It was these dedicated fans who made Bayonetta 3 possible. Even when hopes for a third game were still dim. Whether he intended to or not, Kamiya will not let these fans be discouraged. Kamiya believes Bayonetta 4 will happen.