REVIEW – The King is back, and unfortunately, he’s not in an excellent episode. I’ve been expecting the even episodes to be lower quality, and I was right. After the second chapter, the fourth one is another weaker episode. It’s not the kind of family reunion I expected to happen…

King Graham’s story continues. While The Odd Gentlemen‘s game can look decent on the surface, if you look at it from much closer, you will realize after the initial lullaby segment (which might eventually be one of the best moments of the King’s Quest game altogether) that you’re getting locked up. Just like two chapters ago. I’m going to refer to that episode multiple times, and for a good reason. 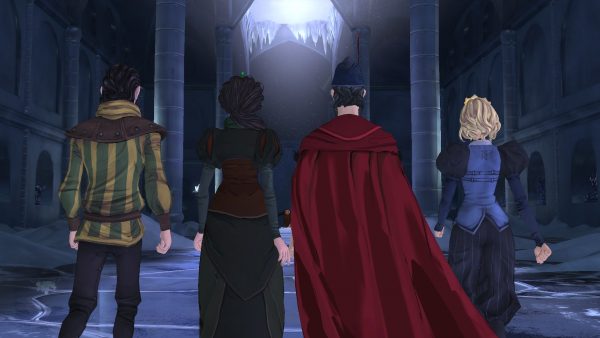 Graham has a family. The faucet of never ending puns and jokes is now older; he has found his chosen one, and there’s also a little prince for the future, too. Not for long, though: Alexander, who could very well be the next King after Graham, gets kidnapped. However, he returns eighteen years later, and when he does, he explains how he escaped.

For some veteran King’s Quest fans, it’s a respectful nod: Alex effectively recaps the plot of King’s Quest 3. Of course, there’s a twist: Alex doesn’t prefer solving puzzles – instead, he uses his magical powers, much to the chagrin of his dad. How will we spend most of this chapter then? 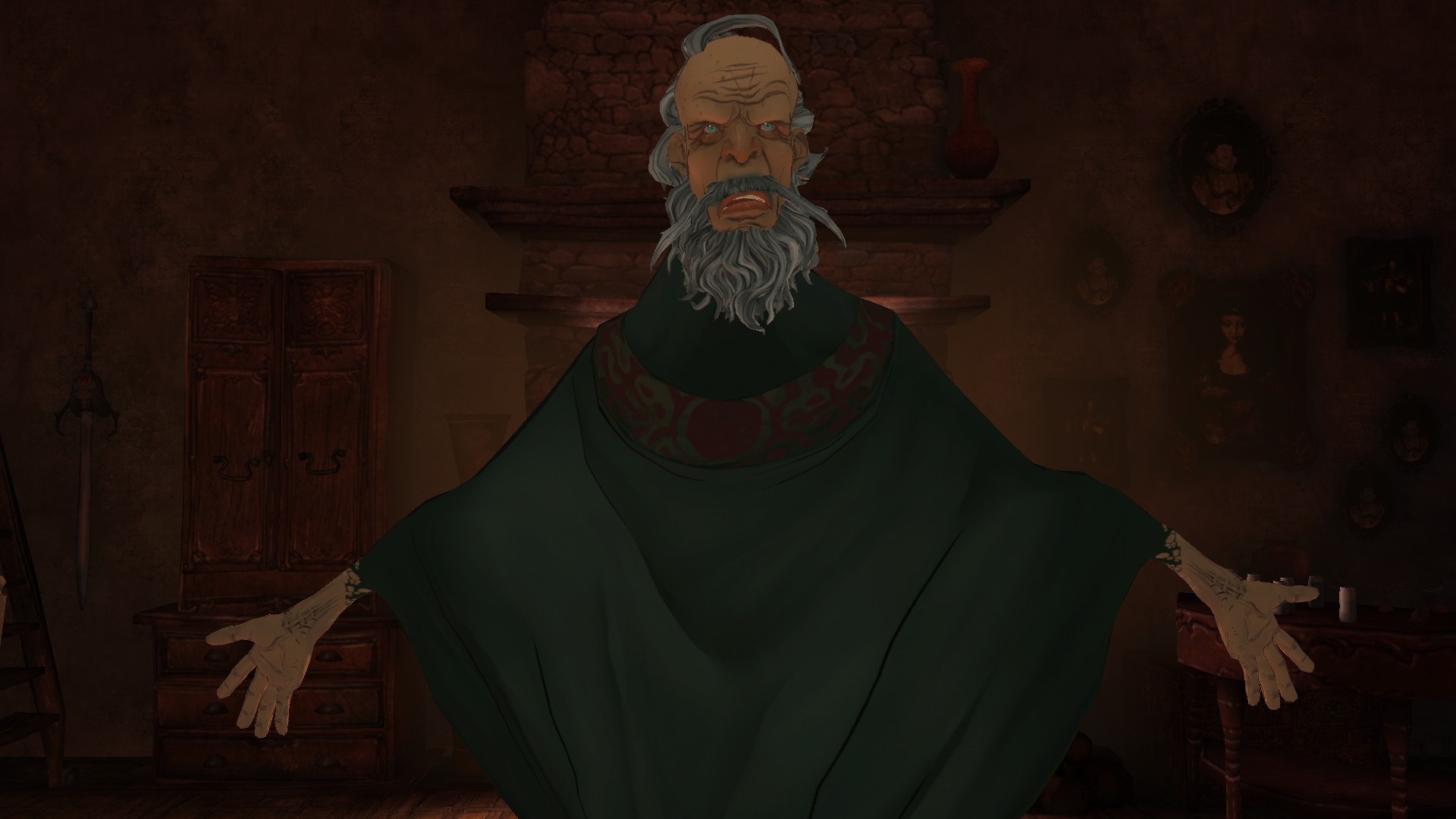 Yes, pushing blocks. In no time, pushing all those blocks around to progress will make the chapter tiresome and boring, especially because of the fact that you don’t even have to think that much like in the second episode. (There, the question was “how do you make everyone survive?”)

Oh yeah, don’t you dare to screw up: if you do, you’ll have to restart the block pushing, and you also must look at the animations over and over again. I might have fallen asleep once while playing Snow Place Like Home. Maybe the repetition made me chug some tea down to keep playing. 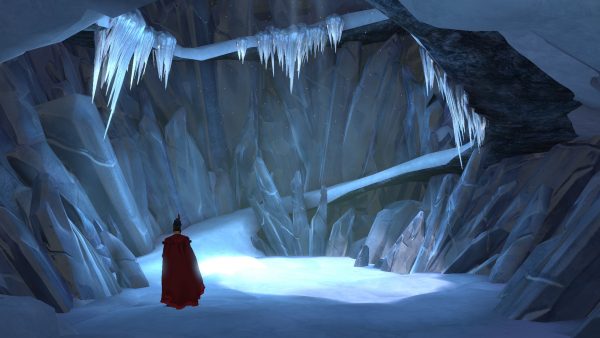 Visuals aren’t that bad short term. After two-three hours, I couldn’t stand that everything what snowy, frozen, and white. Sure, the title of the episode already referenced to it in the past, but I just couldn’t tolerate the monotony here, similarly to the second chapter. (Déjavu? I could say that… that episode had a closed feel and a repetitive visual look.) I’ll have to try my hardest to forget this icy labyrinth. 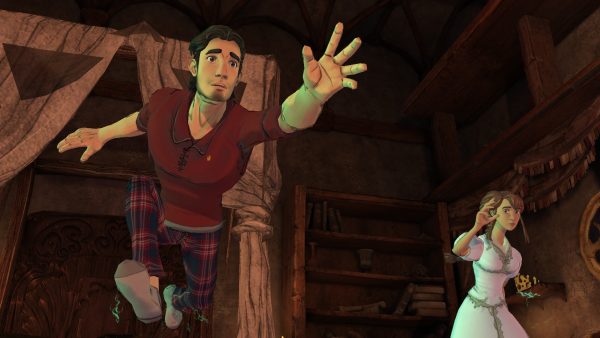 So far, you might think that this episode is not better than a 5-6 point game. I’d put the game there, but there’s one aspect of King’s Quest‘s latest chapter that lifts it higher. The voice acting is, again, exceptional! Thankfully, this positive point makes the ambiance a bit better, but I just thought of something against it.

Somehow, the script writers seem to have been out of steam here. The first episode had that down to a tee, but here? It’s not the best. There are your regular joke and pun here and there, but what is it worth if I look at them in its entirety?

More is needed for the finale

Snow Place Like Home gets a 7, but just barely. Alexander’s appearance is good, the voice work is great, but those goddamn pushing blocks puzzles are jarring on the experience. I am honestly praying that for Spring 2017, as I believe the next episode comes in five months again, the developers will put together a decent finale. King’s Quest has more potential than getting 8/7/8/7 ratings.

Tales From The Borderlands, The Walking Dead: Michonne and Life is Strange all went out in style with their last episodes, and I just mentioned episodic games I played last year.

If the devs can return to the quality they had in the first episode, they will finish their song on a high note. This one was somewhat false…

– Most puzzles are tiresome, and failing them forces you to sit through the animations and restart them fully
– The visuals are appalling to look at after a while
– The dialogues aren’t as good as they were previously

REVIEW - The King is back, and unfortunately, he's not in an excellent episode. I've been expecting the even episodes to be lower quality, and I was right. After the second chapter, the fourth one is another weaker episode. It's not the kind of family reunion I expected to happen...   King Graham's story continues. While The Odd Gentlemen's game can look decent on the surface, if you look at it from much closer, you will realize after the initial lullaby segment (which might eventually be one of the best moments of the King's Quest game altogether) that you're getting…
King’s Quest – Chapter 4: Snow Place Like Home – Oh (s)no(w)
King’s Quest – Chapter 4: Snow Place Like Home – Oh (s)no(w)
V
I'm pushing, I screwed up, I'm pushing again. The Odd Gentlemen also screwed up a bit... Vampire: The Masquerade: Swansong – Blood is Still Thicker Than Water?