PSVR & VR Technology Today: Been There, Done That OPINION – Last weekend we had the chance to see for ourselves Sony’s VR solution: PlayStation VR. We tried out six game demos with the headset. And I have déja vu. Yes; I tried out VR gaming already some 21 years ago.

Virtual Reality is far from being a new concept. The first references to the idea of virtual reality came from science fiction. Stanley G. Weinbaum’s 1935 short story “Pygmalion’s Spectacles” describes a goggle-based virtual reality system with a holographic recording of fictional experiences, including smell and touch.

Morton Heilig wrote in the 1950s of an “Experience Theatre” that could encompass all the senses in an efficient manner, thus drawing the viewer into the onscreen activity. He built a prototype of his vision dubbed the Sensorama in 1962, along with five short films to be displayed in it while engaging multiple senses (sight, sound, smell, and touch). Predating digital computing, the Sensorama was a mechanical device. 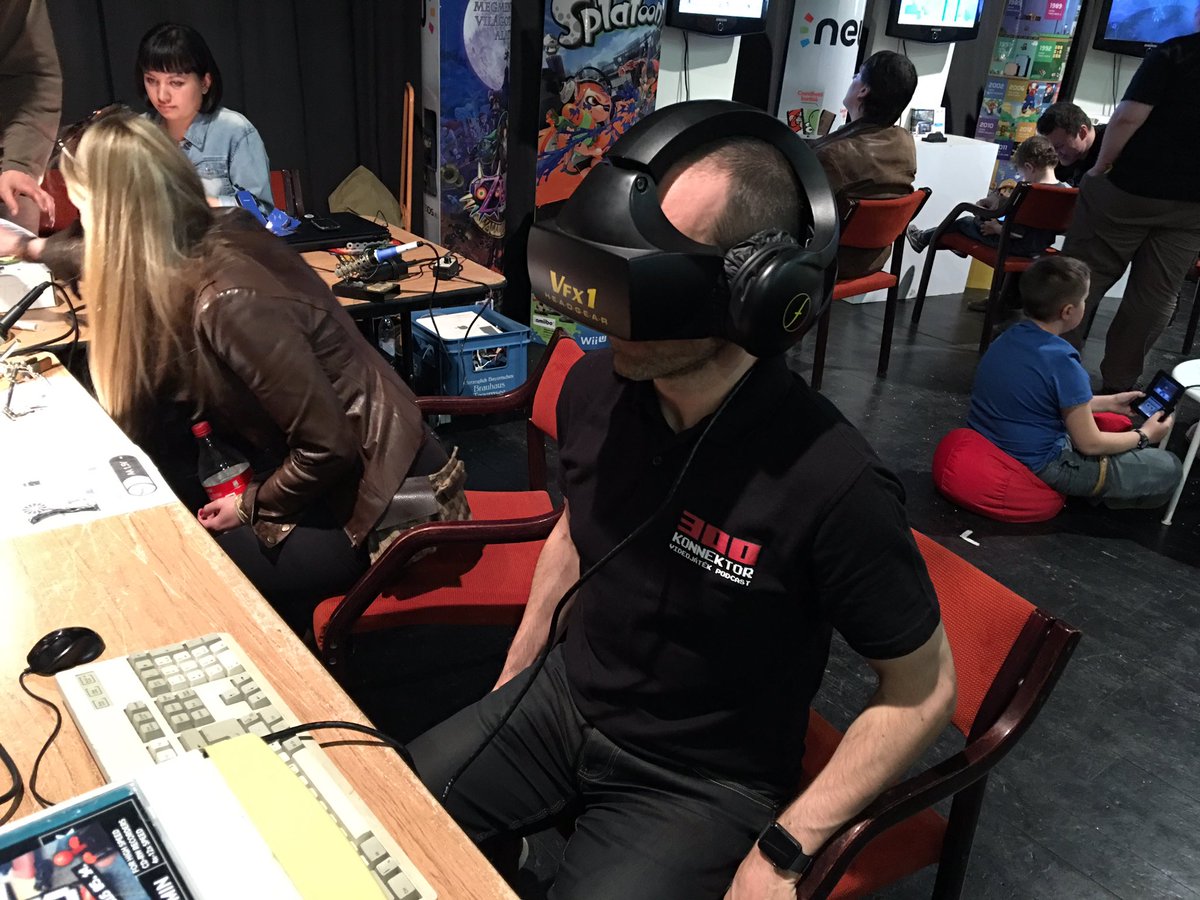 Without wanting to enumerate every VR technology from later years, I must mention, that I tried one of them in 1995: the VFX1, a PC-powered virtual reality headset, which was supported by games including Descent, Star Wars: Dark Forces, System Shock and Quake.

It was perhaps the most promising VR solution until this time since it supported those very popular AAA video game titles and we would expect that the technology would really take off.

Unfortunately, it didn’t: in fact, the VFX1 and VR technology was a rather failure at the end of the last millennium. Some days ago, while I tried out the PSVR with demos of six future games, I still remembered my old impressions, and I was thinking about what could be different this time around?

How could not only PSVR but also VR technology succeed where it already failed? The key to a deep gameplay experience is immersion. Immersion to the game’s world, to the gameplay, to its story (if the game is story based of course) and most certainly the graphics have a significant role as well. The six VR games I tried out – and of course PSVR as well – tries to “grab you” rather by one aspect: the 3D virtual graphics. It’s not necessarily a bad thing, but Sony may have to think about how to target its public for this product.

First, let’s just forget about complexity and immersion to the story in PSVR open titles. Among those six games, I tried out, only one of them: Until Dawn: Rush of Blood was tied to an AAA title, which was basically a theme park fun ride version of the Until Dawn universe with different monsters to shoot in virtual reality. It was fun, but that’s a whole different experience than playing a horror action-adventure title, like Until Dawn. It truly felt like a coin game experience from the nineties or a theme park attraction.

It was the same kind of “coin up” experience with every other game too: short, fun but not really deep gameplay experience. Perhaps, it’s for a reason Sony is using simpler games: VFX1’s VR solution failed with those great AAA titles supported. 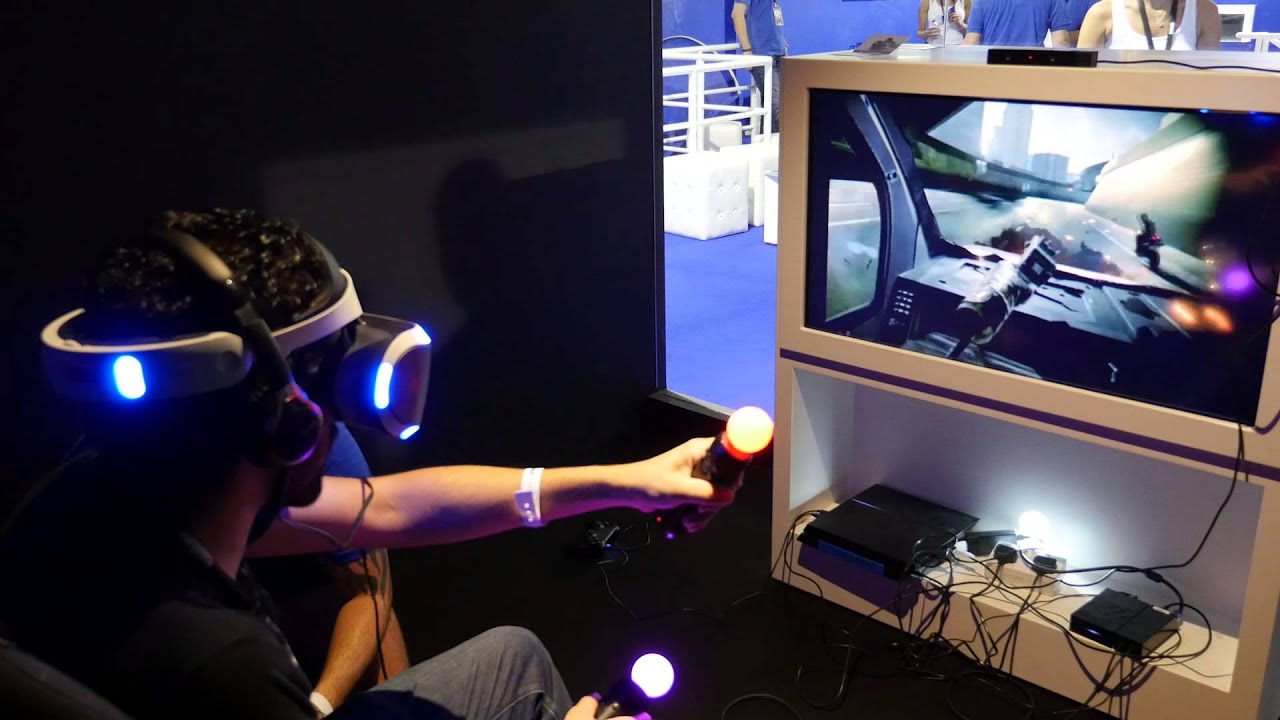 In an age, where 4K is the king now (even if I doubt that the human eye can differentiate between 1080p and 4K) the low resolution of VR games can be off-putting. It’s certainly off-putting for me. Even some 21 years ago, when I tried out Star Wars: Dark Forces with VFX1, I felt, that the image was too blurry compared to what I expect from an SVGA or even VGA game and at that time, graphics were, of course, a lot less defined.

Flash forward to 2016, and I feel the same thing. Seeing the game space everywhere is one thing, but if everything is pretty much blurred, if the graphical fidelity is missing, what’s the point of the VR technology anyway? Is this the new Wii?

Yes, we already wrote about Sony thinking the PSVR will sell like hot cakes, yes, there is already news about actual good sales numbers, but I am still not convinced. Is this the Wii? Yes, do remember: Nintendo Wii had a crazy success thanks to its “new” motion capture technology, which Microsoft and Sony kind of copied later.

If this is the case, Sony needs to advertise its product to reach out to its new kind target audience: the non-hardcore, party gamers. Indeed, it can be a big success on this field, but a vastly different kind of approach needs to be done. As a hardcore gamer, I am not that much thrilled for long hours to see a shark in VR trying to attack me, or playing a theme park attraction version of my much beloved horror-adventure title: Until Dawn. For me, it’s fun for about 10-15 minutes tops.

Again: this kind of device can be fun for others, it can be be a party gaming device, but somewhat Sony needs to be clear on that as I am pretty sure that right now he’s going to make some pretty big number of hardcore gamers unhappy, who are presuming something else from the device.

“Are we still in the game?” 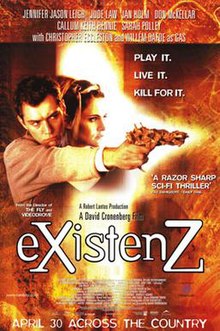 Let’s again back to the past, but this time in cinematography. Virtual reality was already depicted in some Hollywood movies (The Lawnmower Man was perhaps one the firsts), but one of most shocking and interesting films was ExistenZ from David Cronenberg. It wasn’t one his best movies, but it’s absorbing for us right now. The film’s story is a game designer  (Jennifer Jason Leight) on the run from assassins must play her latest virtual reality creation with a marketing trainee (Jude Law) to determine if the game has been damaged. The movie is sometimes corny, sometimes just hard to believe, but it perfectly shows, how the VR gaming experience (or ExperienZ haha) should be done. Not convinced? At one key moment of the movie, when a marketing trainee is menaced by a gun, he’s not sure anymore, if he’s still in the virtual or the real world and asks others with wide open eyes: “are we still in the game?”

I think that it’s a key sentence for every VR technology and gamer maker companies. When you user will be that much immersed in your VR title, that – even for a brief moment – he can’t make a difference between the reality and virtual reality, you’ve succeeded. Not before.