Injustice 2 – The Superheroes Are Back to Fight PREVIEW – NetherRealm Studios, you know the guys behind Mortal Kombat. Well, they’d made us a brilliant fighter in 2008 (under the banner of Midway Games) called Mortal Kombat vs DC Universe, then they made one even better in ’13 called Injustice: Gods Among Us, in which games we had a go at beating the ever-living crap out of each-other with a whole bunch of DC characters, such as Batman, Superman, the Suicide Squad herd, and their merry crew of friends. Now, this latter thing is getting a sequel the 16th of this May, simply titled Injustice 2, giving ample reason for every warrior-minded DC fan to start rubbing their palms in excitement.

In case you haven’t played at least a few matches of Injustice: GAU, it’s worth mentioning that it dunked six rather serious game-industry awards, starting with the title of the best fighting game presented at E3 in 2012. And, of course, in case you have had fun with the game in person, I doubt I need to polish the name for you any more than I already have. If I had to blindly choose between playing the latest Mortal Kombat X or the 2 years older Injustice: GAU, I would choose the one with the superheroes every time, because… well, because superpowers, that’s why!

Back in the day, when I first set my eyes on an arcade cabinet loaded with X-Men: Children of the Atom in a Chicago Chuck E. Cheese’s, the family I was staying with had to drag me away from it kicking and screaming. That game was first put out as a coin-op cabinet in ’94, and since then, Capcom milked their alliance with Marvel multiple times over. Good times, still are! Now, one would think that given their close competition in the comic market, merely a few months would need to pass for DC to come up with their own fighting game. In reality, this took 14 years to come true (MKvsDCU). So far we had two such games, and the third one is around the corner. Rejoice DC fans, for this spring you will not be bored! 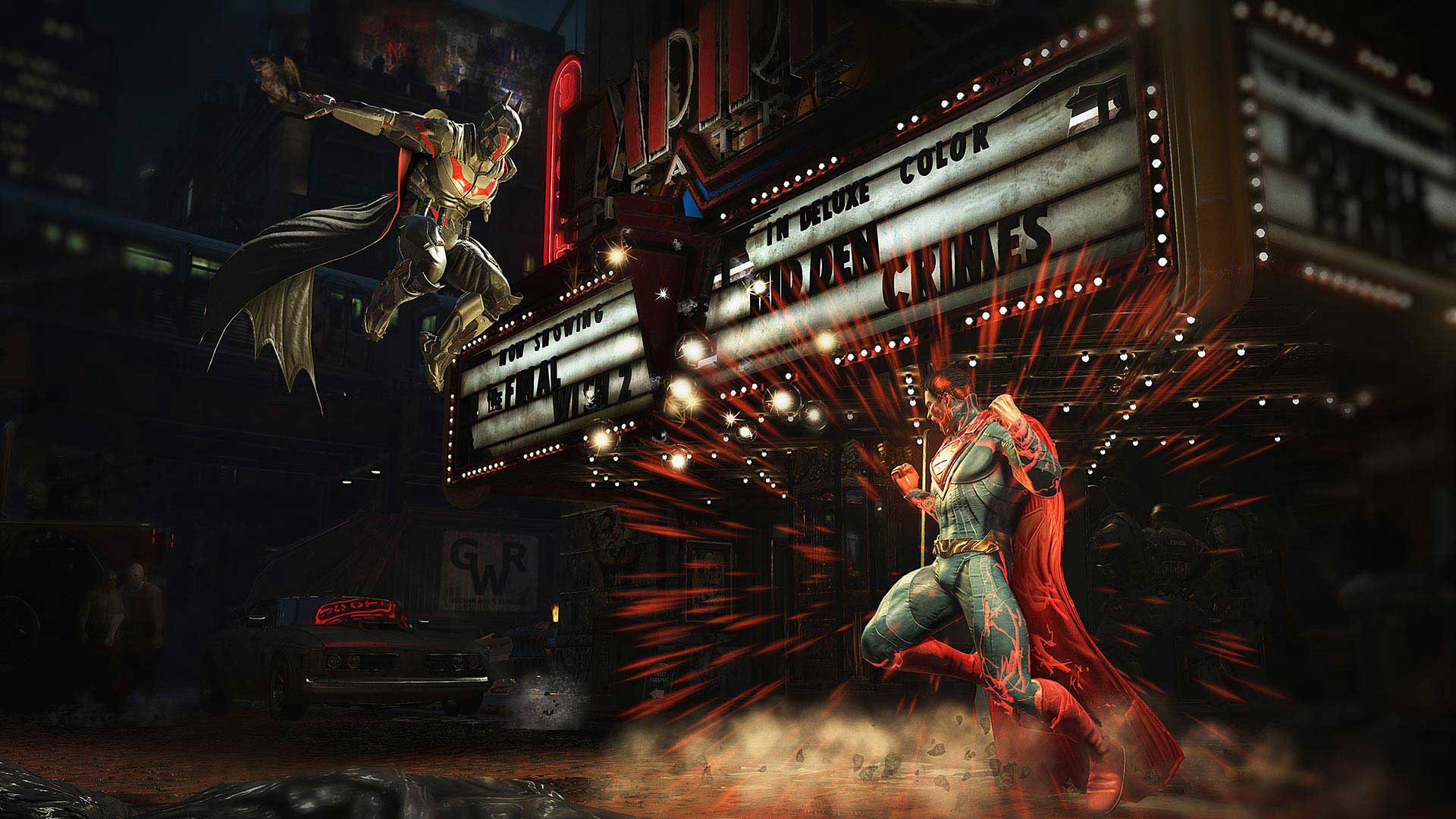 Welcome to the valley of superpowered smackdowns!

Now, NetherRealm Studios like to take good care of all their dear guests. Keeping their casual tourists well-entertained is just as important for them as satisfying the cravings of the most hardcore fighter fans. See, they have their precious Mortal Kombat franchise, the advancement, and improvement of which they need to handle with the most extreme care; for in case they mock up the recipe, the entirety of both their fan base and the critics will simply spit fire at them (FATALITY!). The Injustice title, however, is new, and therefore rather free to try and implement new things which they might later on very much use even in their Mortal Kombat franchise.

The basics of the fighting are on solid grounds with MK having paved the way, and of course, the game retains much of its predecessor’s elements. That means we can grab the opponent’s Batman, choose to toss him into stuff, hurl a car at his head, or cause some other ridiculous property damage to dish out some extra hurt. By the way, this time we won’t be helplessly suffering these environmental attacks, for now, we’ll be able to dodge or defend against most of them. Stage-transitions are back, so there’ll be matches where we start a fight in a bar but find ourselves finishing it on a construction site. The “super” bar makes a return with which we can employ specials, super-moves, escapes from some early combos; or use it in a clash system, where the fighters will engage in a bit of s#ittalk while the players each wager measures of their bar for a cinematic face-off. The quality of our online battles will be assured by the rollback-based net code which was also used in Mortal Kombat X. 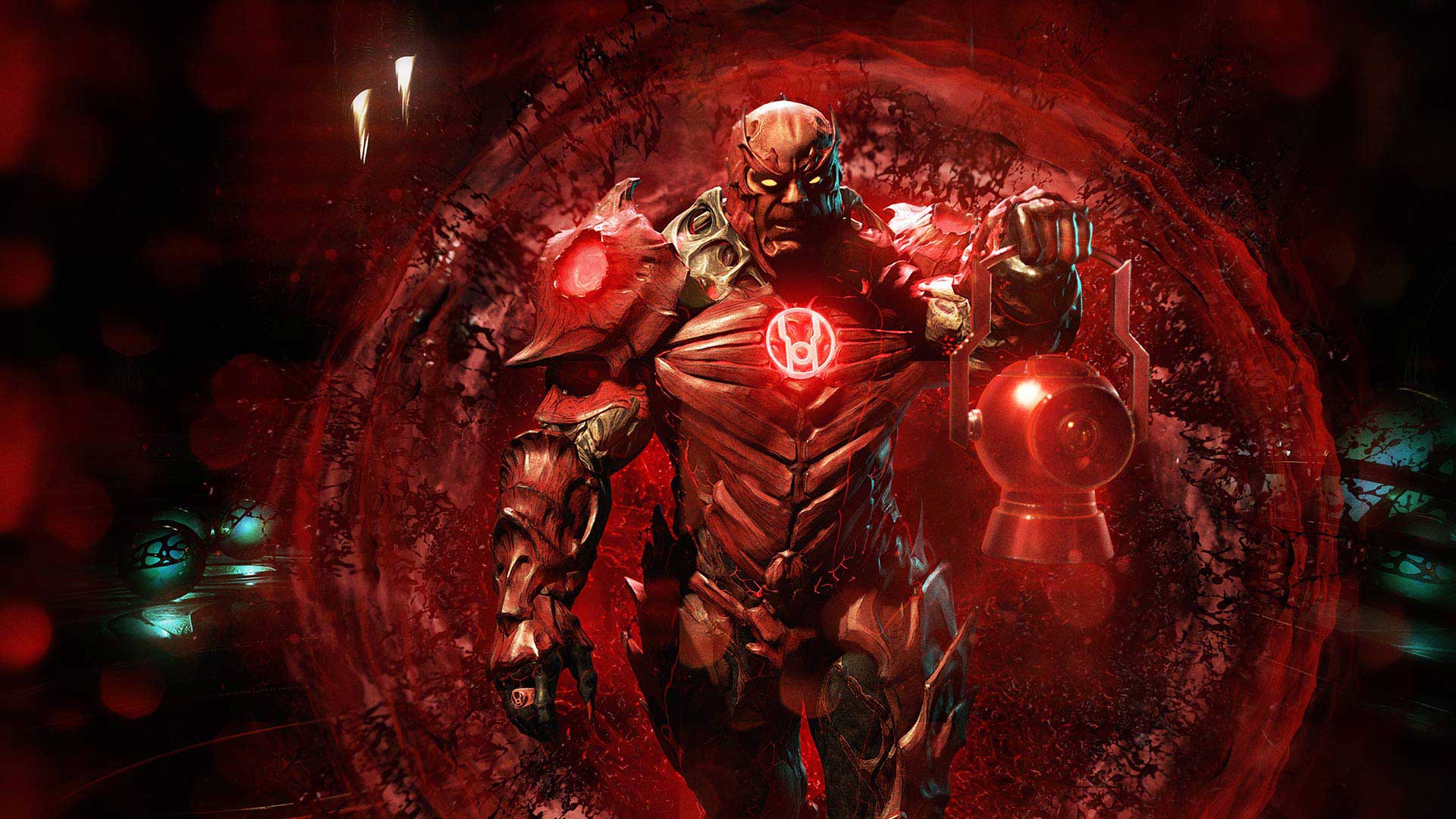 On top of all the mentioned stuff, we also get a bit of an RPG vibe in the form of loot drops after matches. The dropped gear can be used to customize our characters both in stats and outlook. These scavenged goods may improve our characters’ speed, power, defense, health, and some of them will even provide new moves for our fighters.

Each character can be fitted with five individual pieces of costume items, two items for specials, supers, or passive buffs, and one item for color-schemes. If the rumors are true, we will get to see up to 1000 options for each category. The favored combinations of these can be saved in one of our five loadout slots. Matchmaking options will allow players to choose whether they want to play matches with or without gear. 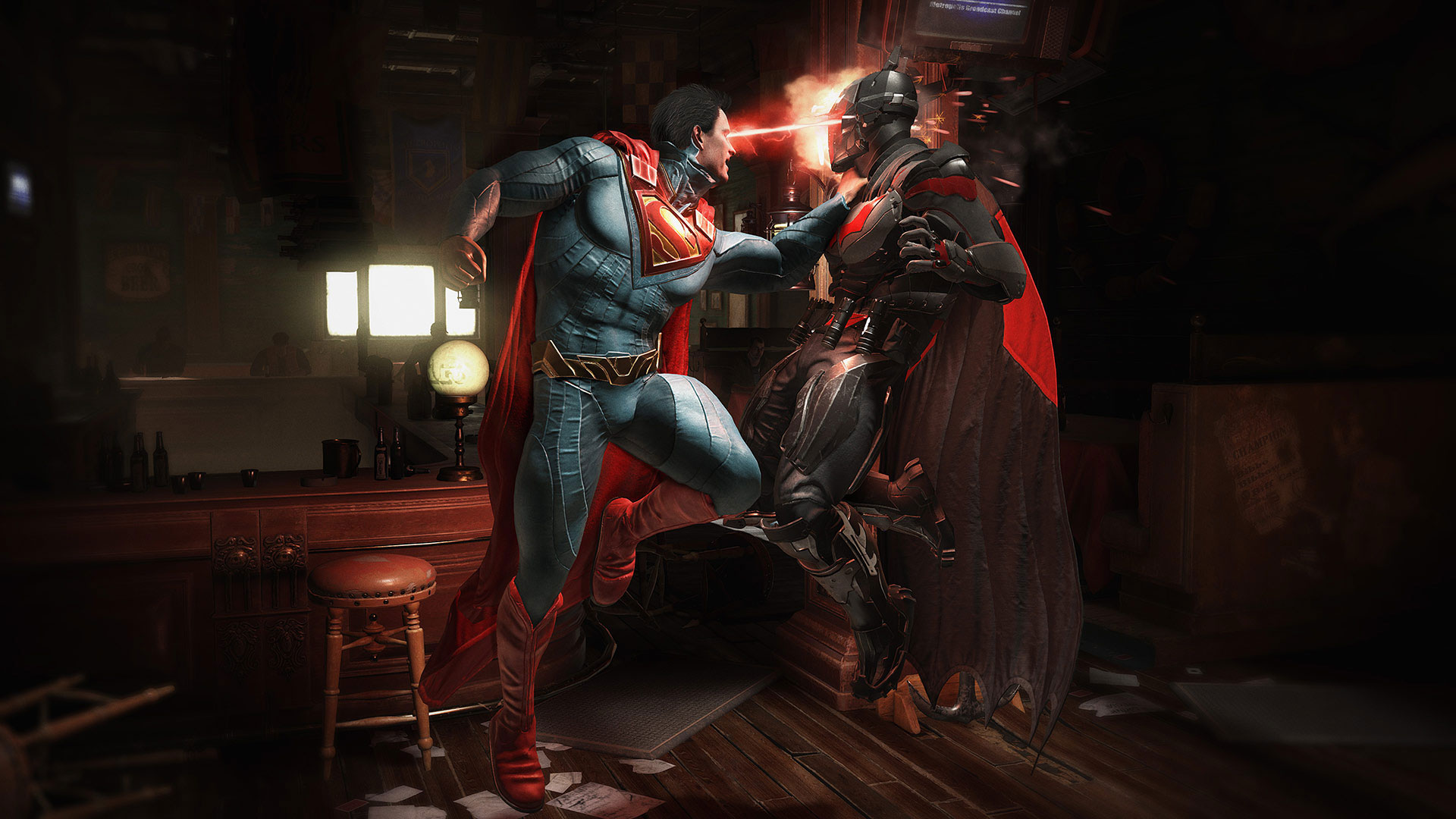 It’s worth mentioning that there’s a story to both Injustices: GAU, and Injustice 2. That’s right; these games have such a feature. Personally, I’d be fine without it; but Warner Bros. IE thinks otherwise, and boy I’m glad they do. For the record they’ve written a pretty enjoyable story for the first Injustice game too:

Alternate universe Superman’s gone mental, because Joker screwed him over, had him kill Lois, and blow up a nuke in Metropolis. In his madness, Supes straight up murders Joker dead, and reins in humanity; creating a unified world government, where crime is dealt with by an authoritarian regime. Batman, being the good rebel he is, gathers up all the superpowered players in town to create an insurgency against Superman. Then it all hits the fan, and suddenly our beloved DC characters are punching each-other like no tomorrow. Some convoluted stuff goes on with parallel worlds, some cool guys die, but Batman and Co. win in the end. Meanwhile, the hardcore DC fans are drooling all over their screens, for they have not ever seen such levels of awesome mayhem unfold in a game until that day.

Injustice 2 takes up five years after the events of the first game, where Batman and pals are still trying to help piece together the torn up world, and at the same time; fight off the scattered remnants of Superman’s regime. Since it’s pretty darn difficult to upstage a pissed-off evil Superman; this time it falls to Brainiac to threaten peace on Earth with an Invasion. Well, I’m still not sure how scary I’ll find Brainiac and his threats after previously seeing Supes rip Joker a new one; but oh well, I guess we’ll see.

Warner Bros. IE wastes no time and is already piling us up the hype train. The publisher flaunts new character trailers, and tidbits of information on Injustice 2 almost weekly. It’s worth checking it all out, maybe that can ease the strain of anticipation for the launch day. Nah, not really, but there’s some interesting info out there, and it just keeps coming, probably until the release itself. The game looks rock-solid, especially considering the dev team being who they are; I mean we are talking about the crew who brought us Mortal Kombat titles for decades. The count of characters in the game is at 24 right now and still growing.

There’s nine more coming as DLC content. I just really hope I get to see Constantine added to the list, with Zatanna having been featured in Injustice: GAU. Like with its predecessor, the launch of Injustice 2 will be preceded by a digital comic release available from April 11. These tie-in books might help us deal with the wait still ahead. Again, no, not really, but they’re welcome; they’re good fun. All-in-all we’ve got a pretty decent case of the multimedia barrage on our hands, but if this is the standard of quality we’ve got coming our way, I say let it come!

Stuff to look forward to: