No Russian wasn’t something that the entire Infinity Ward team has backed.

In it, we had to control an undercover CIA agent named Joseph Allen, whose goal was to infiltrate a Russian terrorist cell. However, it had its downsides – they expected us to shoot innocent civilians in an airport. „No Russian polarized this studio. There was a side of the studio that felt that it should be played from the perspective of a security guard that got caught up in it, then there was the other side that liked the way it was going. I remember doing all the civilians for No Russian, and I just wouldn’t … there was a point in time where we were discussing how gory we would get with the people who were getting hit. I pulled back, and I said, ‘You don’t need it. People are getting tagged and their squibs are going off; it’s all good.’

My wife looked at it and she’s all like, ‘Where’s all the blood and guts?’ and I’m like, ‘We didn’t need to do it.’ She called me out. She calls me on my bulls—. It’s pretty funny. She looks at things in a different lens. She’s a lawyer. She doesn’t mess around, but she’s a good gut check on stuff,” art lead Joel Emslie told GameInformer.

This subject impacts 2019’s Call of Duty: Modern Warfare, too: „People ask us that internally over and over. They’re like, ‘Where’s your blankety-blank scene?’ There are so many of those at this point that people have stopped asking that question,” campaign gameplay director Jacob Minkoff said. „The answer is it’s the whole game. I could come up with a list of like eight different things that it could be. Who knows what it will be,” studio narrative director Taylor Kurosaki added. „I suspect there will be several different moments and people will call out their different favourite moments. In the same way that in Modern Warfare 1, people called out the nuke and the aftermath sequence where you crawl out of the helicopter, or they called out the AC-130, or Crew Expendable, or All Ghillied Up. There were a bunch of those, and I feel very confident that we have a bunch of those,” Minkoff added.

We’ll see on October 25 when Call of Duty: Modern Warfare launches on PlayStation 4, Xbox One, and PC. 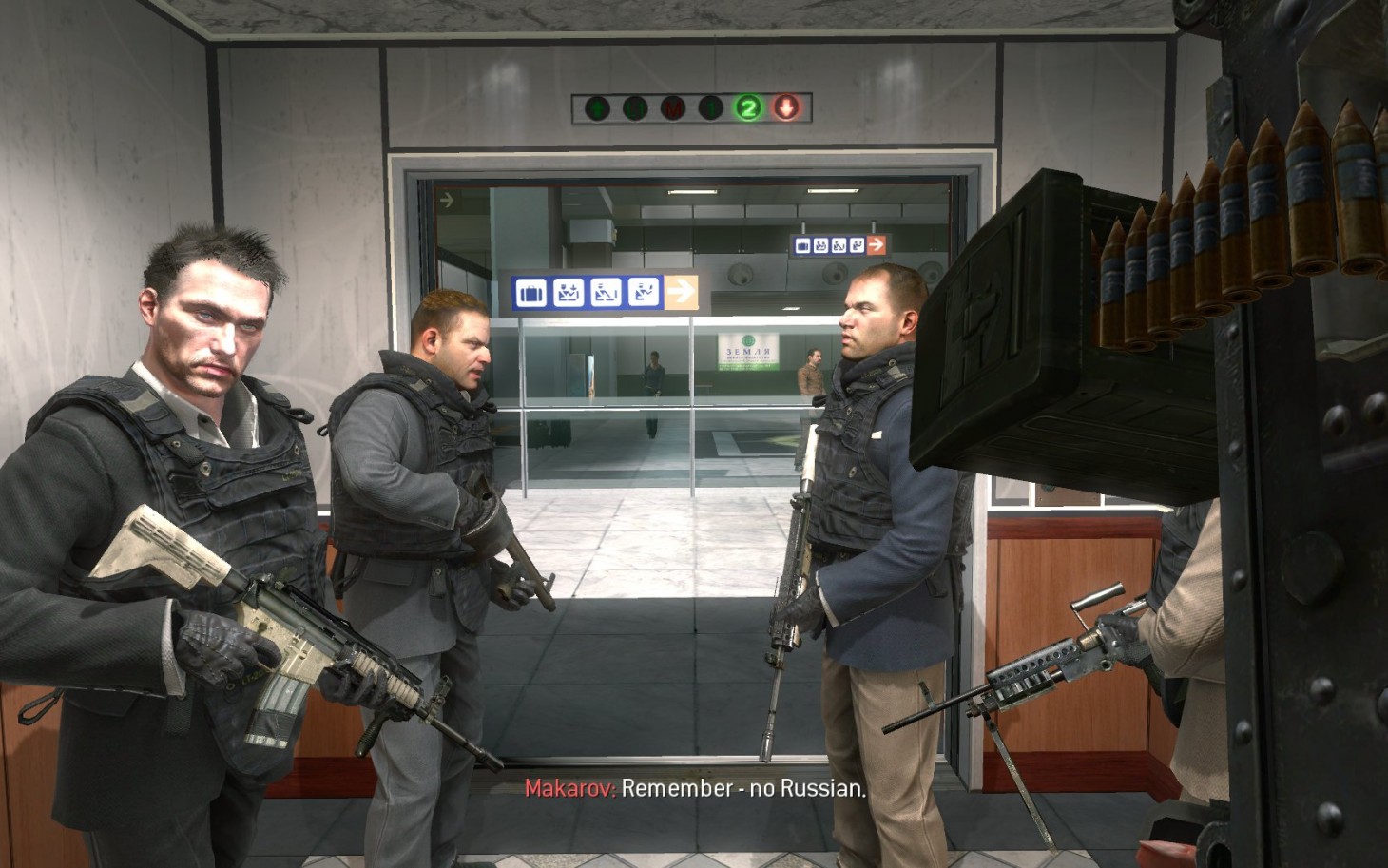