Is Metro: Redux Heading To The Nintendo Switch? Metro 2033 Redux and Metro: Last Light Redux might be showing up on the Nintendo Switch.

The two games’ Redux version came out in August 2014 on PlayStation 4, Xbox One, and PC, so it was a question of time when they will be ported to the Nintendo Switch. Someone already might know something, as a Portuguese retailer called Gaming Replay had a listing for the Nintendo Switch version of Metro Redux. We used the past tense because they already took it down, but, as always, the Internet doesn’t forget. We’ll continue after the screenshot.

If we can believe the listing, then the Metro Redux bundle will cost 45 euros on the Nintendo Switch. They name December 1 as a release date, but we can say that is not true. That day is a Sunday, and seeing how Nintendo likes to release games on Fridays, our guess would be December 6 for the release date instead.

Including the epic single-player campaigns of both Metro 2033 and Metro: Last Light, Metro Redux takes you on a journey from the forgotten catacombs beneath the subway to the desolate wastelands above, where your actions will determine the fate of mankind,” the product description reads.

The announcement has yet to come, though. 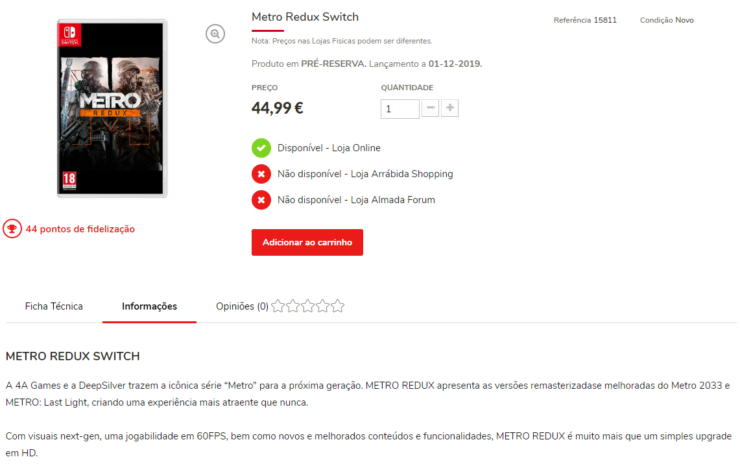