As Electronic Arts did not make Respawn Entertainment’s new game, Star Wars Jedi: Fallen Order available on Origin Access and EA Access for a game trial, there is no advantage for the subscribers – they also have to wait.

Before we start, a bit of SPOILER ALERT. If you don’t want to be spoiled by a couple of things we will mention in the next paragraphs, make sure to stop reading now – we warned you ahead of time. In case you don’t care, let’s see what we learned about „LIDL Sekiro.”

On ResetEra, the preload’s datamining’s results have been compiled into one place. The game’s code mentions Darth Vader several times, meaning you might have to face him in the game at one point (and we’re guessing here, although he was in his prime between the third and the fourth movies when this game is set). One of the references mentions a damaged chest plate.

Cal Kestis will have a double-bladed lightsaber (although it was previously confirmed) that he can use in one of six planets or locations (Bogano, Zeffo, Kashyyyk, Dathomir, some sort of a fight club on Umbara, and Ilium’s Inquisitor Fortress). The first four are planets. There will be several lightsaber colours, too: blue, cyan, green, indigo, purple, yellow, magenta, and orange. You can hopefully find your favourite colour in the list.

That’d be all the spoilers, but still, it might be something that could take your attention away from Star Wars Jedi: Fallen Order, even though its release isn’t far away. The game will be available from November 15 on PlayStation 4, Xbox One, and PC. On PC, it will be available via Origin and Steam, as Electronic Arts has recently announced a return to Valve’s platform – the first new EA game will be Respawn’s new title. 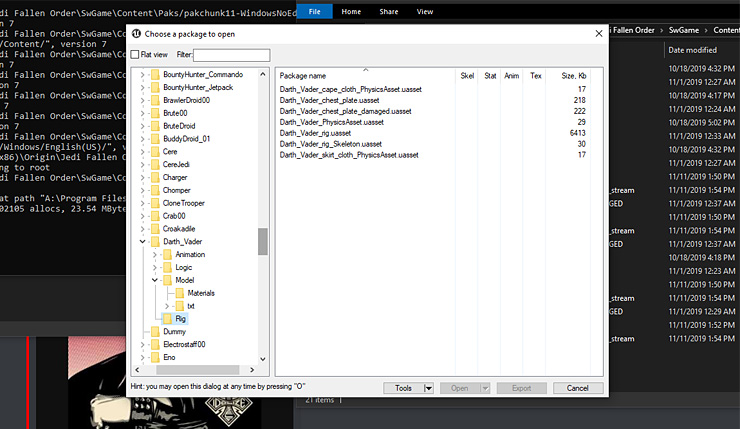 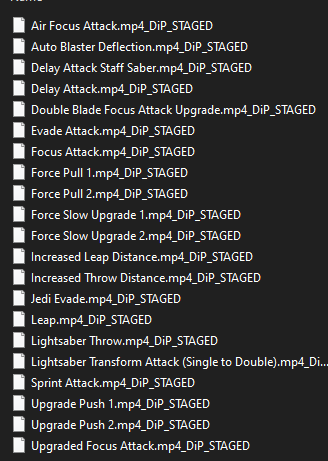