PlayStation Plus April: Will These Be The Free Games? Although we are a week away from announcing the PlayStation Plus April games (as unfortunately, the first Tuesday of the next month falls on the 7th, the latest possible day), we might have already learned what games will be available for free for those who subscribe to the service.

PlayStation Access has a now private video that shows the PlayStation Plus April games. We can’t see it anymore, but WCCFTech reports about these games that could be available in a couple of days for those who pay either monthly or annually to be capable of playing online on PlayStation 4.

One of the games could be Uncharted 4: A Thief’s End, as the thumbnail shows it. „Several years after his last adventure, retired fortune hunter, Nathan Drake, is forced back into the world of thieves. With the stakes much more personal, Drake embarks on a globe-trotting journey in pursuit of a historical conspiracy behind a fabled pirate treasure. His greatest adventure will test his physical limits, his resolve, and ultimately what he’s willing to sacrifice to save the ones he loves,” Naughty Dog’s blurb says. Since the game came out in 2016, it explains how a PlayStation 4-exclusive could be given away for free.

The other game could be DiRT Rally 2.0, and it is surprising because this is a February 2019 game (available on PlayStation 4, Xbox One, and PC); a sequel to the 2015 game that set new standards in rally games. Codemasters’ game isn’t old at all, so it’s surprising to see it handed away to the subscribers.

Keep in mind that none of this is confirmed yet, so take it with a grain of salt. If true, we might get quite big games for the next month in PlayStation Plus. 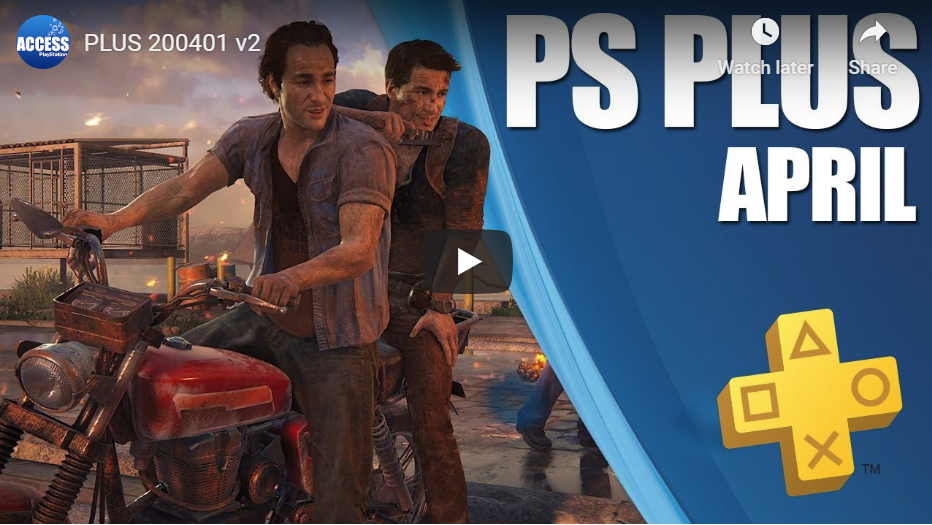