Warner and NetherRealm have hinted at the addition in Mortal Kombat 11: Ash Williams, the Evil Dead character in such an idiotic way that we can’t even find the right words for it…

The following image is from Twitter. It a phone photo of an email (gee, we wonder what the Print Screen button could do…) that promotes the launch of Spawn in the game. The top of the mail shows the other characters of the first Kombat Pack (the season pass…), namely Shang Tsung, Nightwolf, Terminator T-800, Sindel, Joker, and Spawn. So far, so good, but the bottom of the email with the legal mumbo-jumbo mentions Ash from Army of Darkness (the third Evil Dead film). 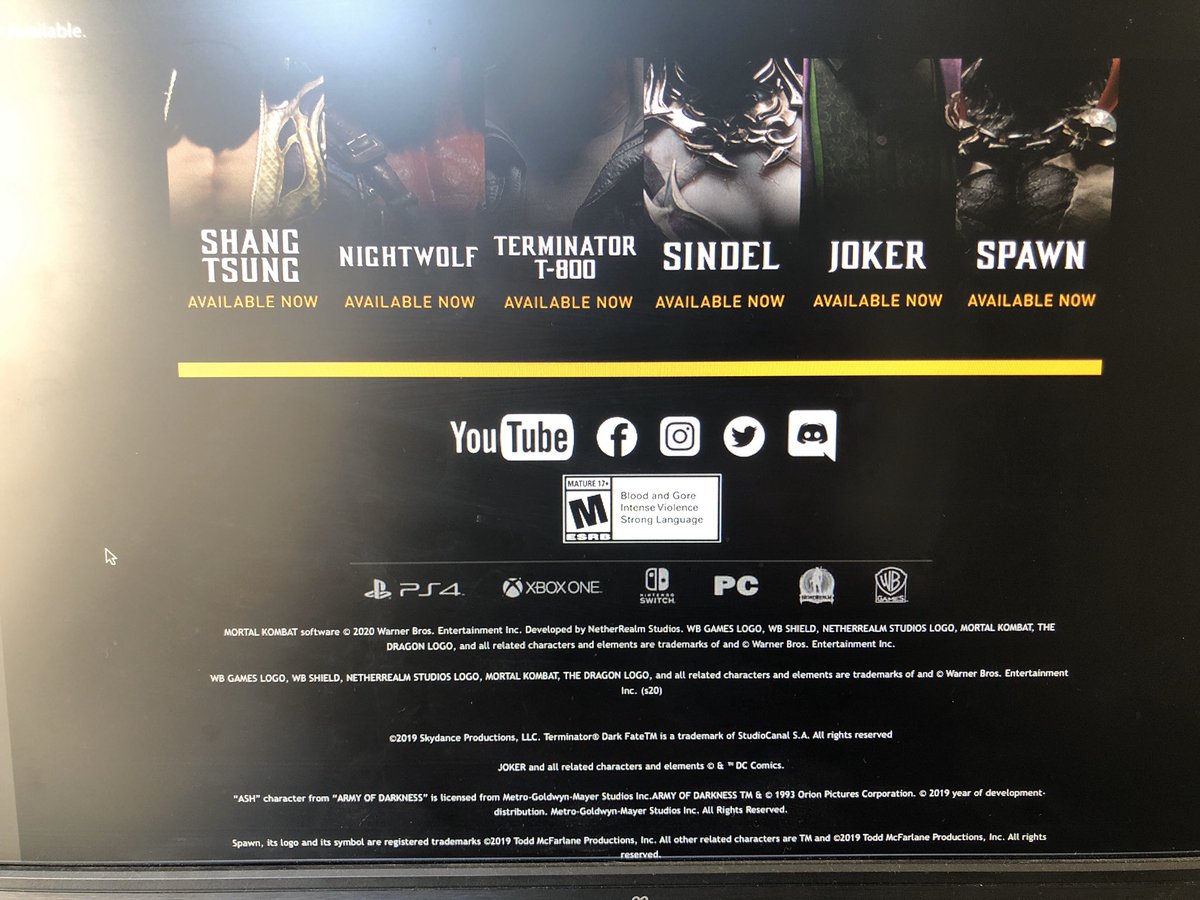 So the email mentions copyrights for someone who isn’t even mentioned in the email. Ash is not on the list, so why include him in the first place? Perhaps it’s because Mortal Kombat 11: Ash Williams COULD happen after all, possibly as part of the second season pass. Previously, fans have datamined the Nintendo Switch version of the game, and they have quickly found references to Ash, as well as other characters of the first Kombat Pack. These files/references have disappeared, but with the newest update for the game, more interesting things showed up. References to Ash, Fujin, Sheeva, and „ROB.” Is Robocop making a detour to be part of Mortal Kombat 11? (Which would mean Robocop vs. The Terminator, a four-issue comic spin-off, which then got a game adaptation, could also continue this way…)

As Mortal Kombat X also had two Kombat Packs (season passes), it would be reasonable if the sequel also followed suit. And the fact that NetherRealm and Warner say nothing is also suspicious. It’s a question of time until Ash Williams gets confirmed along with the next batch of characters.