MOVIE NEWS – Of course, we already knew Tom Holland doesn’t mind heights, but if the flying madness of Uncharted doesn’t make your palms sweat, nothing will…

Uncharted: The Movie hits American cinemas on February 18 this year. In preparation for the premiere, Sony Pictures has released some scenes from the film as a teaser. First, we got the most talked-about scene in the first trailer: the cargo plane scene.

In the two-minute shot, we see young Nathan Drake – played by Tom Holland – having to figure out how to save his life after he flies out of the plane while dodging gangsters and the plane’s crashing cargo. Will he succeed? Well, the video gives us a glimpse of a lot, but not everything, so we’ll have to wait for the premiere of PlayStation Productions’ film to find out Nathan’s fate and understand the context of the scene.

According to the official synopsis, the film follows a young, cunning and charismatic Nathan Drake on his first adventure as a treasure hunter with his resourceful sidekick Victor “Sully” Sullivan, played by Mark Wahlberg. “In an epic action-adventure that spans the globe, the two embark on a dangerous search for the ‘greatest treasure ever found’ while looking for clues that could lead them to Nathan’s long-lost brother.” The film is directed by Ruben Fleischer and stars Sophia Ali, Tati Gabrielle and the legendary Antonio Banderas.

If that wasn’t enough from the series, the PS5 version of the Uncharted: Legacy of Thieves Collection, which includes Uncharted 4 and Uncharted: The Lost Legacy, will also be available for PC to coincide with the release of the film. 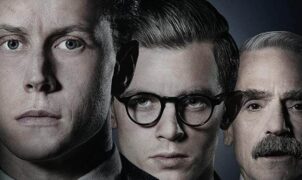