Did A NetherRealm Producer Leak Mortal Kombat 12 On Purpose? Jonathan Andersen probably shouldn’t have done it, but there’s a good chance he did it on purpose.

Andersen works as a senior production manager at NetherRealm Studios, who have been stuck between two franchises: they’ve been either working on Mortal Kombat or Injustice for the last decade, and in theory, the latter should be attacking with the third instalment, but the DC comic universe might not get another fighting game. He posted the image below on Twitter which he removed after about ten minutes, and he likely had valid reasons to do so.

At first glance, the photo doesn’t look anything serious, as the image of Andersen’s desk is mostly artwork from the first two episodes of Mortal Kombat and Injustice 2. There’s nothing wrong with those, but just above Injustice 2, something is hiding on Andersen’s right monitor. There’s a file on the desktop starting with MK12_Mast…, which led to Andersen removing the tweet in minutes (either because he wanted to show off what the studio was working on, or because he made a mistake…?).

It all becomes “direct” there, especially if we look at what else the right monitor has. An email says that there’s a video that shouldn’t be shared, as fans will be looking for any clues on the internet and to be extra careful with this material. At this point, we can rightly put our hands together and say that this is probably deliberately done because there are too many coincidences in this one photo.

Jeff Grubb, writing for VentureBeat, said back in August that the studio was working on Mortal Kombat 12 because the future is not yet certain for WB Games (NetherRealm’s parent company), so they don’t want to push DC characters, and in the case of the franchise that started three decades ago, Ed Boon knows that it will sell. There is no need to use Batman, Superman and the rest, so there would be no legal obstacles.

All this is unofficial, of course. 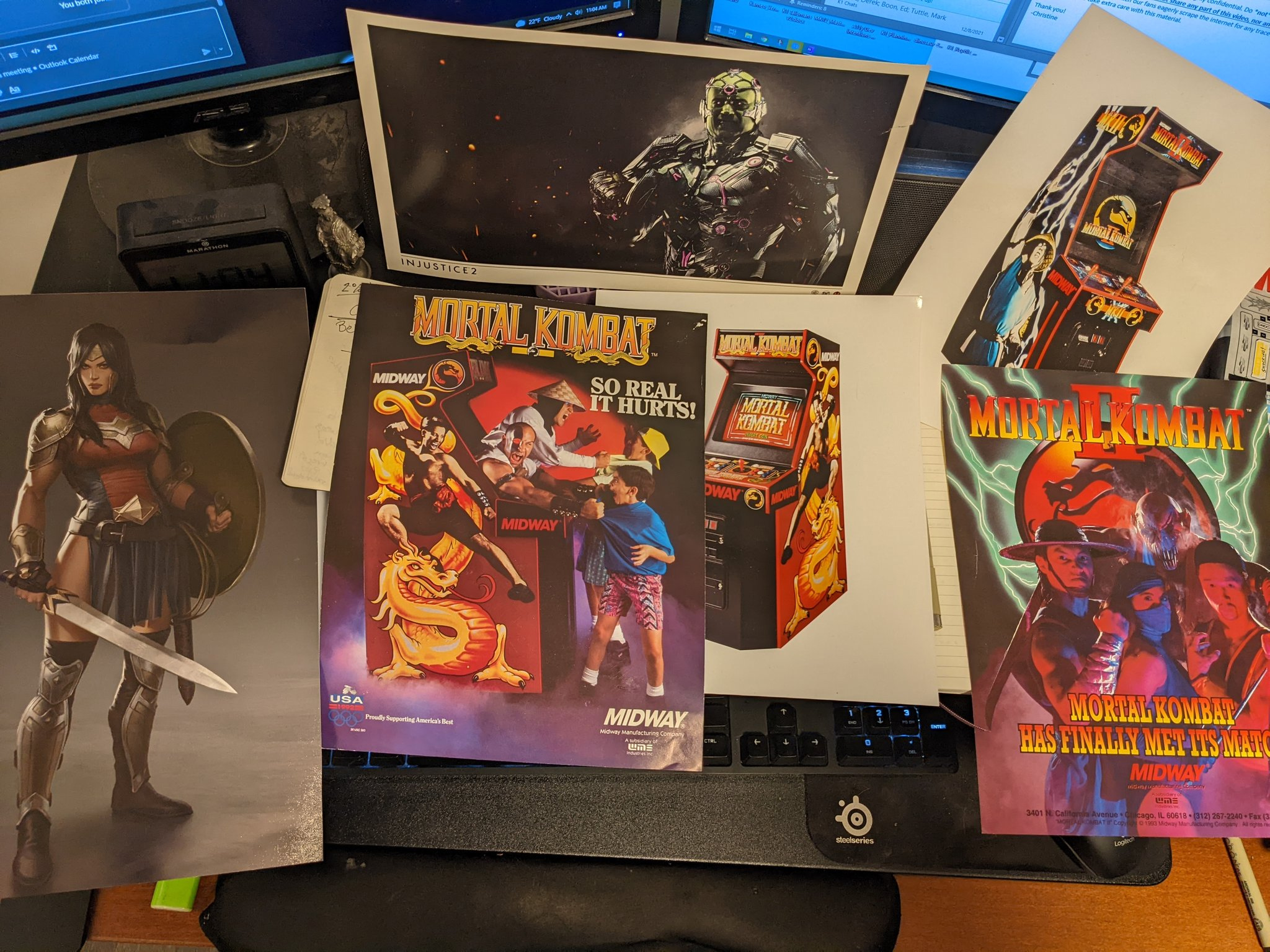