Keiichiro Toyama revealed what inspired him to create Slitterhead, as well as a preview window.

Slitterhead‘s father, Keiichiro Toyama, shared new details about the highly anticipated horror game in an interview. In addition to his own predicted release window, Toyama revealed that the game’s central theme would be “fear of the unknown,” as he believes that what scares people the most is when presented with a completely unfamiliar situation.

In addition to this approach, Toyama said that he was inspired to create Slitterhead by Japanese adult comic books, the films of screenwriter and producer Fruit Chan and filmmaker Wong Kar-wai. In case you’re not familiar with them, Fruit Chan is known for using unknown actors in his films about everyday life, while Kar-wai is known for his productions that follow a stylized, non-linear narrative.

As for the gameplay we can expect to see in Slitterhead, Toyama said that the emphasis would be on action and combat this time, which is very different from what we saw in the Silent Hill series. Toyama added, however, that this will not be the “exciting” approach seen in other combat systems, but rather the team will focus on introducing the player to “powers that ordinary people don’t have.”

Toyama concluded the interview by predicting a 2023 release window for Slitterhead. The game will aim to take the horror genre in a new direction with “completely new mechanics.”

“In terms of narrative, there are some unusual elements that we’re looking for,” Toyama concluded.

Keiichiro Toyama surprised us by announcing that he would be leaving SIE Japan Studio at the end of 2020, at which time he confirmed that he would be starting his own company. In addition to Slitterhead, Toyama also shared his thoughts on his previous work, mentioning that remaking Silent Hill would be too complicated and that he would love to see a new Gravity Rush instalment. 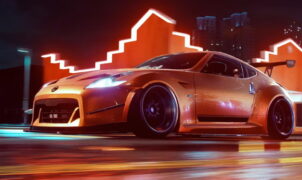