Can More Powerful Ray Tracing Be Implemented On PlayStation 5?

A new patent from Mark Cerny, the internal architect behind PlayStation Vita, PlayStation 4 and PlayStation 5, could suggest that ray tracing could get a more significant foothold on the console, which launched in November 2020.

It has emerged on Twitter that Sony Interactive Entertainment has filed a new patent. It was about how PlayStation 5 games can improve performance while using ray tracing. Cerny’s patent’s name explains how it could happen: “System and method for accelerated ray tracing with asynchronous operation and ray transformation.”

His patent describes a system in which shader processors would shorten the rays, which would increase performance. “The [described] processing strategy may result in a significant improvement of ray tracing speed, as the shader program is only performing hit testing,” the patent reads. Ray tracing is a technology that is still in the process of spreading and can be found in newer PC graphics cards alongside the Xbox Series and PlayStation 5 (if you can afford Nvidia RTX graphics cards because even a used GPU that is earlier needs a kidney these days).

On PlayStation 5, two examples of the use of ray-tracing technology are Marvel’s Spider-Man: Miles Morales and Ratchet & Clank: Rift Apart (which we wrote about earlier today, winning four awards at the DICE Awards). But both require a compromise: lower frame rate and/or resolution, and in the case of Gran Turismo 7, Polyphony Digital will only use it in replays and the garage, NOT on the race track!

Over the last few years, Sony Interactive Entertainment has filed several patents worthy of note. These include one for an AI voice assistant called PlayStation Assist and another for a system that would enable players to leave in-game text, image and audio tips for other users. There’s also an ‘Uber-style’ real-time help service. It would allow users to call in expert players to guide them through challenging game sequences. 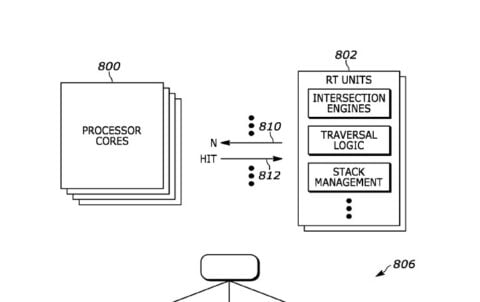