Everything Everywhere All at Once – Not Even Once! MOVIE CRITICISM – They say it’s all in the head, everything everywhere all at once – but that doesn’t make me Batman, it makes me Badman – a psycho instead. Someone here decided to make a film about madness (based on a true story I guess!), which many people agreed to. They believed that if they generously handed out the slaps, swinging arms & kick combos in an inter-cosmic hyper-verzum: it would make Dr. Strange’s universe even stranger. Kind of fury goal for a movie…

The protagonist: Evelyn (Michelle Yeoh) has the mental matrix world all around, she is the Everything everywhere all at once there – along with her daughter. In the present, they manage a laundromat, but the family laundry hasn’t been washed, because, in the middle of all the paperwork, a divorce case and then a tax injunction come up. Evelyn is experiencing a mental crisis, but the opportunity is given to confront her circumstances on multiversal planes, where she can use gloves, cleaver, knife, bamboo shoot, and all other metaverse-symmetrical tools to defend herself and her daughter.

Let’s start with the advantages because there aren’t many in this title. According to some studies: madness, psychosis is just like that, a dream within a dream, hand in hand, knife in hand: and just when we think about a possible happy ending, we’ve been moved forward to a new chapter which might bring just carmageddon, pulsing in the hidden recesses of the universe. 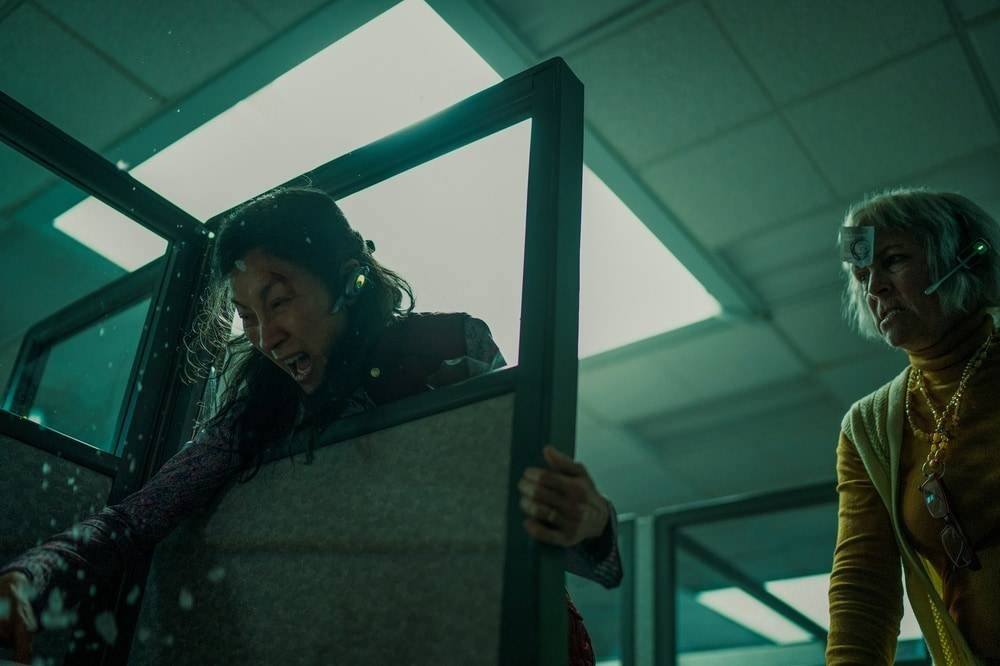 We must have met(a) before

Evelyn sees for herself what she could have gotten herself into if she hadn’t married a ‘laundry bear’, she could have been a diva or a singer instead. The projector throws a barrage of flashbacks on our faces, there is no escape to avoid flash frame. We’re glad it’s not a real surround movie (visually), nor VR, so fortunately we don’t get caught up in this hyper-parallel trap. The film, on the other hand, cuts into the nonsense more and more seriously, slicing into our brains with a ribbon cutter until it reaches the speed of one frame per cut. The latter must have been a serious job for the editors and the whole crew, but watching it is simply retinal tearing.

It’s not hard to tell the difference between fecal matter and liver (the film falls into the former category, practically & literally), since it operates, for example, with a scene about who can jump faster onto a metal phallus with a bottom ahead. They could sense that this was already dung level, so they pixelized the image, but anyway: they just subjected my brain cells to unnecessary shock therapy. It would have been really stylish to throw up some corn in the half-full popcorn bucket and spice it up with a little ginger juice. Dear manufacturer! What kind of art is that? Next time I’ll try to eat in reverse mode for a similar scene, and I promise to post it on TikTok, with a hash on the director (perpetrator). There are limits to good taste, and it’s not beyond the stars. For me this was the bottom and the top of everything all at once. 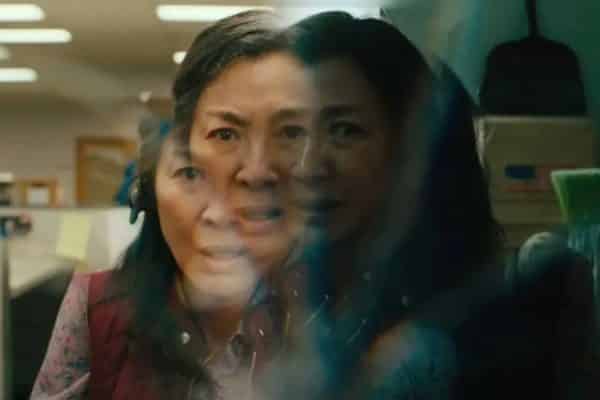 Let’s crack the mirror-verzum, I’ll be the bad guy here who wants to save the world. Although I know exactly what it feels like to have someone’s work mocked, I feel a moral obligation to do so now. I can’t accept that LGBTQ sensitization should cause a title to get a 2x better rating than it deserves. Why was there no evening press screening of Sonic2? Which international lobby propagated this vortex? Free posters are nice, but let’s not waste our forests on such garbage. The way the film deals with the acceptance of young gay girlfriends could even be a good story, although this particular thread is relatively well put on screen. The majority of critics are divided on the film, but since everyone is praising it, I’ll happily be on the negative side of the charge.

Incidentally,  Evelyin’s world (and neural net), now in her 40s, is usually dominated by his daughter, who is a part love-starved schoolgirl, part rebellious teenager. Someone with little public sense left, let alone the goodness factor. Occasionally there are funny situations: a kind of WTF parts or events, and I can understand the philosophical approach, the way the conflict is handled on symbolic planes.
Even within a solution, where a lady let her dog spin by on his leash right round baby right round. The problem is rather that this title is constantly ambushing, it doesn’t make up for 2 hours of playing time. It needs that half-hour extra. I walked out of the room feeling as if I had watched all of Skrillex’s music videos in one sitting. Booth is real Bangarang! 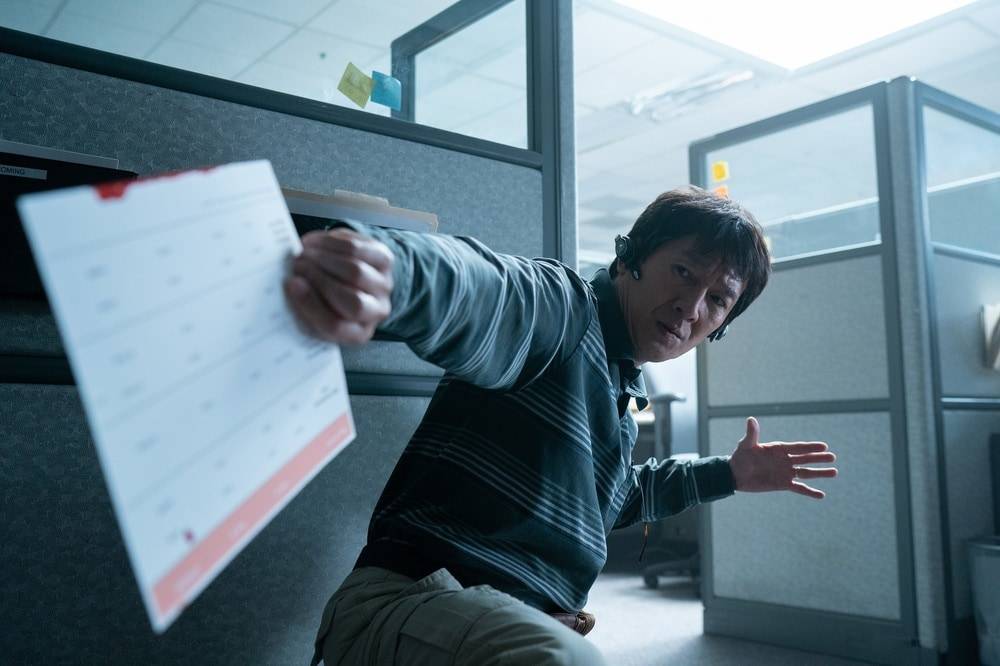 Daniel Kwan and Daniel Scheinert seemingly wanted to grab everything everywhere all at once, because the sets and locations are varied, but the hectic rush doesn’t work to the advantage of the movie. My stereotype is that if a movie has numbered episodes, it will be an endless race. Unfortunately, my fear justified itself. I have to say, at half-time I was already waiting to see when they would call off this match that had been undermined by ganja. Although cannabis is supposed to be calming, this film has me pretty pumped. If you were going with a girlfriend (she certainly deserves a better movie, but so do you!) you could discuss together why this pulse-pounding does not work, as the switching from Chinese to European language per sentence was also bizarre to hear. Chinese actors usually skimp on the facial acting, but they acted relatively well. Ke Huy Quan’s fight scenes were some of the few advantages of this ‘hyperventilating’ story.

Finally, here is a summary by my experienced colleague (girlfriend). Let her put the dot on the i on the imaginary axis:

A woman in her forties, but still beautiful, has a nervous breakdown after everything everywhere all at once happens to her. What she goes through in a day really amounts to a crisis, but what is represented in the film is illogical, often disgusting, and a lot. Granted, after an hour of raving about it, I’m starting to understand why IMBD is praising it, but it’s rare that I want to get out of a film after the first 15 minutes. It was tedious, boring, and the “when will it end” vibe was silently screaming from the auditorium.

I would add (ed.) that there weren’t many pretty women on the cutting table either. But at least none of them got hurt. Instead of 9 points, I would give it double: 18! But in a PEGY circle.

MOVIE CRITICISM - They say it's all in the head, everything everywhere all at once - but that doesn't make me Batman, it makes me Badman - a psycho instead. Someone here decided to make a film about madness (based on a true story I guess!), which many people agreed to. They believed that if they generously handed out the slaps, swinging arms & kick combos in an inter-cosmic hyper-verzum: it would make Dr. Strange's universe even stranger. Kind of fury goal for a movie...   The protagonist: Evelyn (Michelle Yeoh) has the mental matrix world all around, she is…
Everything Everywhere All at Once – Not Even Once!
Everything Everywhere All at Once – Not Even Once!
Jay P. Sonix
It may be highly entertaining for someone to wrestle with a dildo or sausage fingers, but for me, it is so garbled that it makes you shudder - as a dear friend of mine would say:).

User Rating: Be the first one !
Spread the love
Tweet
Tagged Everything Everywhere All at OnceKe Huy Quan'sMichelle YeohProrom