4 Syphon Filter Games Got Rated In South Korea: Heading To PlayStation Plus? It’s almost 100% certain that the South Korean Game Rating and Administration Committee has revealed the four games that Sony will be adding to the soon-to-be revamped PlayStation Plus’ Premium tier.

PlayStation Plus will be transformed; we’ve written about this before. We’ve also found out exactly when the change will come to the regions (and the cloud gaming, currently called PlayStation Now, is coming to several other countries, which was covered in today’s news!). However, there’s still a huge question mark over what games those who subscribe to PlayStation Plus’ most expensive tier, Premium, will get.

As a reminder, the PlayStation Plus’ Premium tier includes access to classic PS1, PS2 and PSP games, all of which can be run locally. For PlayStation 3 titles, it’s not so easy, as the PS3 Cell processor was a different and sophisticated (and therefore expensive) technology in 2006… 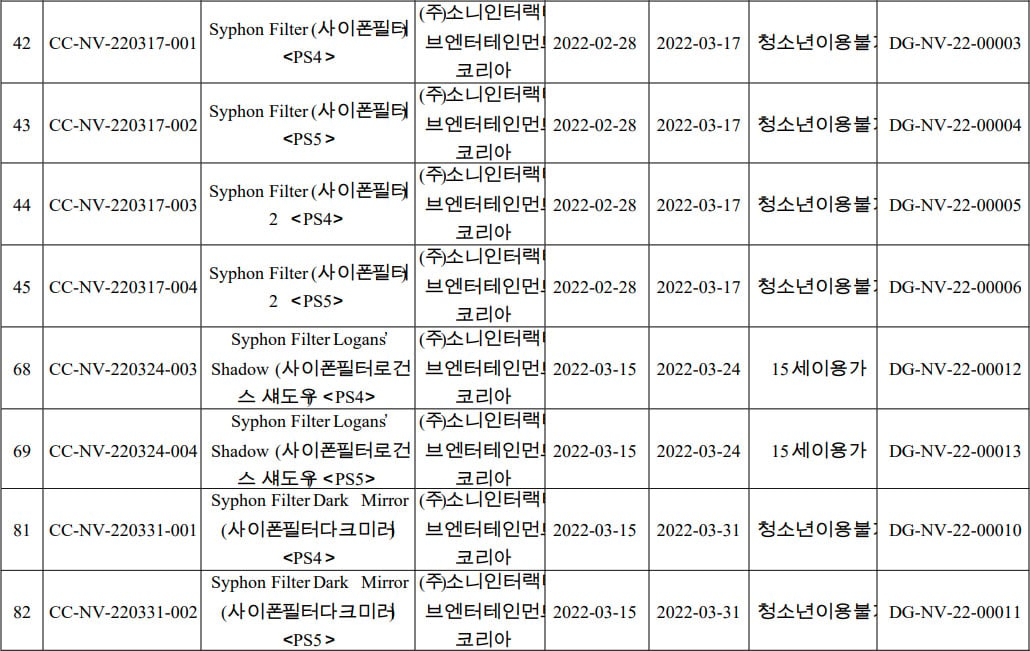