First of all, let’s start with the fact that the following paragraphs can contain possible spoilers, so we recommend reading on at your risk. So, on Reddit, it has been revealed that Cyberpunk 2077 has a lot of files that have been made available to players through the latest patch, and this is where the Polish studio has made a mistake because we have also received a lot of files related to the expansion thanks to the update. And VGC has taken a look at what we should be prepared for.

So the first Cyberpunk 2077 expansion will come with seven main missions and much additional content. There will be in-world stories, fixer missions, encounters, and new locations: the previously closed Combat Zone in the Pacifica region and the Sports Dome will open up. According to the files, a character called Songbird could be the focus of the expansion, and you can see a picture of her below; the data miners have already discovered her.

According to VGC, there will be little Johnny Silverhand dialogue in the expansion (is it the case that CDPR couldn’t bring Keanu Reeves back to the studio…?), and there will be a more prominent presence of Mr Blue Eyes, Mr Hands, and Rosalind Myers. The events will occur concurrently with the main game, and the epilogue will change somewhat because of it. Maybe the Arasaka route will have a new possible ending, too.

Of course, this can’t be taken 100% seriously yet, as CDPR won’t officially release the first Cyberpunk 2077 expansion until 2023. After taking development back from Sabre Interactive, the team is now working on a PlayStation 5, Xbox Series (and updated PC) version of The Witcher 3: Wild Hunt Complete Edition. It will be REDengine’s swan song, as CDPR is now making The Witcher 4 (or whatever it’s called…) with Unreal Engine 5.

The marketing of the content expansion for Cyberpunk 2077 will start in the second half of 2022 (July at the earliest). 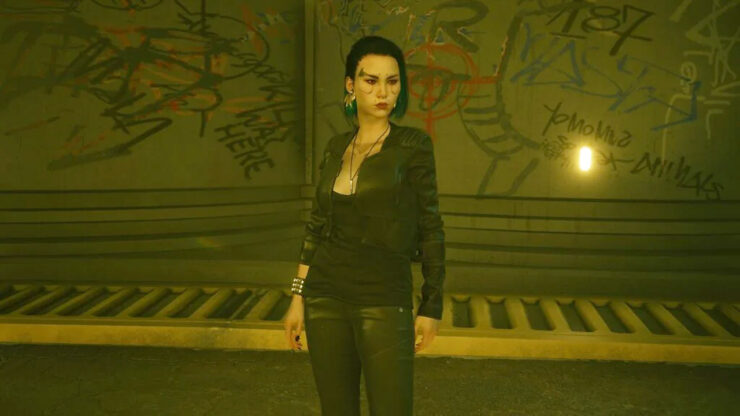