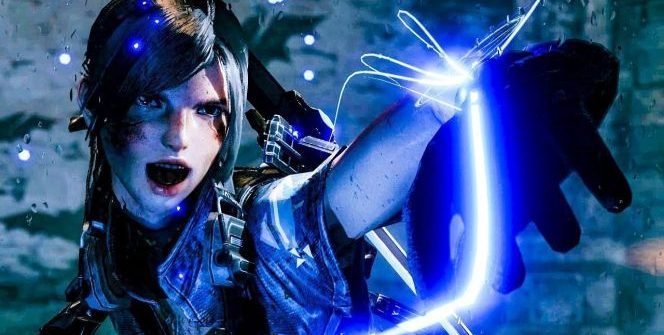 Bright Memory: Infinite will first be released for PC on 11 November 2021 via Steam and GOG.

Here’s an overview of the game via PLAYISM:

At the other end of the performance spectrum, the Nintendo Switch version, which runs natively on hardware rather than through the cloud, also features TAA anti-aliasing with more sampling and gyroscopic aiming support for a stylish look on the go. Each console edition includes all downloadable cosmetic content from the PC version along with the base game.

Originally due out on PC in 2021, Bright Memory: Infinite combines the deft shooting of first-person shooters with the intense swordplay of hack-and-slash action games. Combine shots, slashes, acrobatic manoeuvres and psychic powers to fight your way through futuristic soldiers and demons from ancient Chinese mythology. Unlock new abilities through a deep, branching skill tree that unlocks new capabilities and upgrades.

As special agent Shelia unravels the mystery of why a black hole opened during the Chinese New Year celebrations. Armed to the teeth, Shelia faces off against the forces that seek to exploit the phenomenon and the beasts that emerge from it. Uncover the unfathomable truth about two interlocking worlds and timelines and the mysterious masked man behind it all.”

Watch the new trailer below.