CD Projekt Shares Have Plummeted Since The Release Of Cyberpunk 2077! 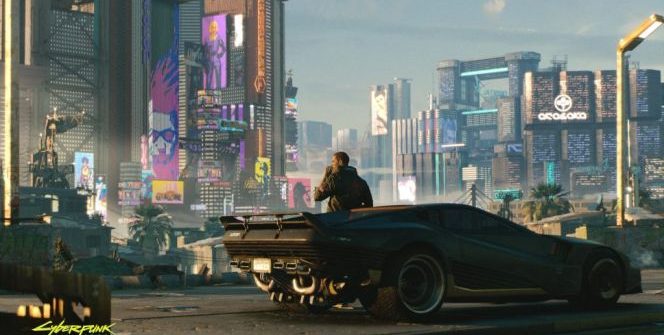 A new report from Business Insider Poland paints a grim picture of CD Projekt: the company’s value has plummeted by more than 75% since the launch of Cyberpunk 2077. The company, which once boasted a market capitalisation of more than PLN 40 billion and briefly became Europe’s most valuable games company, is now worth less than PLN 10 billion.

In the weeks leading up to the release of Cyberpunk, CDP shares traded at around 400 złł and reached 443 złł per share just six days before the game’s release.

Since then, CDP’s share value and market capitalisation have halved in the first months of 2021 and have almost halved again since the end of March this year.

In simple terms, this means that the reception of Cyberpunk 2077 and CD Projekt’s subsequent fire-fighting to fix the problems caused a 5-year loss of the company’s total value. This is despite Cyberpunk 2077 selling nearly 14 million copies in 2020 alone. Since its release, the developer has focused mainly on fixing the game’s problems (especially on consoles, it must be said): the multiplayer mode once promised is not yet a reality. Perhaps the most humiliating moment in terms of perception was Sony’s removal of the game from the PlayStation Store (it was later reinstated).

The company’s post-Cyberpunk slump has left its market capitalisation stuck at the same level as in 2017.

While it’s probably to be expected that a game company’s value would drop a little after finally releasing their much-publicised game, the dizzying fall in CDP can hardly be interpreted as anything other than a consequence of poor management of Cyberpunk.

Perhaps even more upsetting for CD Projekt is the prospect that they are no longer Poland’s biggest games studio. Business Insider Poland, relying on calculations by Puls Biznesu, a Polish business daily, claims that Techland could be Poland’s most significant games company by market capitalisation. However, the figures are somewhat vague: Techland is not listed on the stock exchange, so Puls Biznesu had to guess the share price to arrive at a market capitalisation of around PLN 10.6 billion.

For CDP, this is not the end of the world: the company is still comfortably listed in the WIG20 index of the 20 largest companies on the Warsaw Stock Exchange.

In 2017, CD Projekt was still in the post-launch phase of The Witcher 3 and had released its last DLC only a year earlier. So the return to market capitalisation in 2017 does not mean that CDP is on the verge of closure, but it does show that what happened with Cyberpunk has hurt the studio. No wonder there is suddenly the talk of a new Witcher game.