The Callisto Protocol Is Made With Crunch, Confirmed! Does the games industry not want to change? The sad part is that the game director himself confirmed the crunch…

We’re not kidding: Glen Schofield, the head of Striking Distance Studios (and director of The Callisto Protocol), wrote about it in a now-deleted tweet: “I only talk about the game during an event. We are working 6-7 days a week. Nobody’s forcing us. Exhaustion, tired, Covid, but we’re working. Bugs, glitches, performance fixes. One last pass-through audio. 12-15 hour days. This is gaming—Hard work. Lunch and dinner working. You do it because you love it.”

That means developers work 72-105 hours a week out of 168. It’s almost mind-boggling, and it’s no use trying to cover it up with “it’s gaming”, “hard work”, or “you do it because you love it”, because it has a severe impact on everyone involved and their families are equally affected when such a forced process is put in place. Blackbird Interactive has delayed Homeworld 3… while working four days a week and improving their developers’ work/life balance to keep them in top form. In other words: they’re taking the approach that less but better quality work can produce much better results.

And meanwhile, Mark James, Striking Distance’s head of technology, told True Trophies that they are preparing DLCs and post-launch support. The plan is to support The Callisto Protocols for at least four years after launch, until the end of 2026. (We have to ask, is Schofield planning to do it via crunch? Because if so, we would be using adjectives.)

“We’ve left the world expandable. We’ve created a world that can tell different stories, and so we can either tell those stories either through DLC or we could tell those stories through subsequent products. We’ve left those open. We like to think of this as a franchise — every developer thinks of it as a franchise investment when they [make a new] IP. It’s costly to generate a new IP, so we always want to try and get the most out of it,” James said. The guys are a bit optimistic.

The Callisto Protocol is coming to PlayStation 5, Xbox Series, PC, PlayStation 4 and Xbox One on December 2. 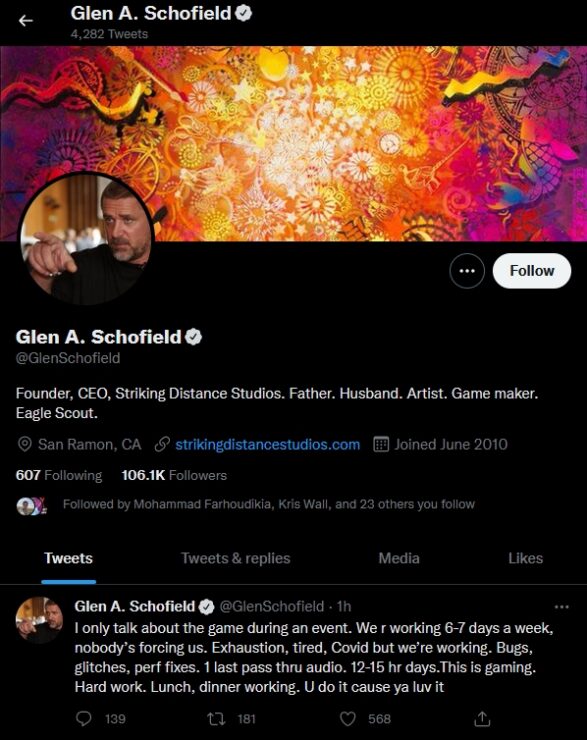