Working on a heavily used metro line isn’t always the smartest idea, to say the least.

Tomb Raider‘s reboot got two titles under its belt, and Rise of the Tomb Raider launched roughly a month ago on PlayStation 4 after a year of Microsoft-exclusivity. Seeing Lara’s success, it’s not surprising to see that a new Croft-adventure is in development by now – its results could be Shadow of the Tomb Raider.

Tripleh280 on one of the Montreal metro lines spotted that one of Eidos‘ employees is working on a presentation on a laptop… and the game’s name was clearly visible, too. Most likely this person is going to receive a kick in the posterior because Eidos and Square Enix didn’t plan to reveal the new Tomb Raider in such an unusual way…

Yes, we wrote Eidos, and not Crystal Dynamics, who were working on the first two games. Perhaps they are developing something else, handing the work over to Eidos to keep the Tomb Raider-flag flying.

If this game won’t be a mobile title (who knows?), will the Xbox One get this title first, or will Square Enix push in enough money to make Shadow of the Tomb Raider multiplatform from the get-go? 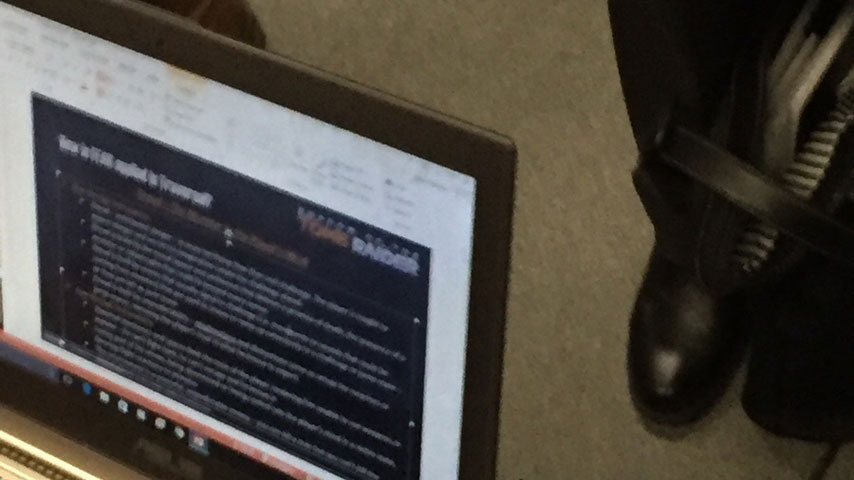