PREVIEW – So who remembers Tom Clancy’s Endwar or for that matter RUSE back in the good old days? When the PS3 and Xbox 360 tried its wings on the RTS genre, but unfortunately most of them crashed and burned spectacularly. It is rather difficult to bring an RTS or RTT game to the console, and it was surprising to see how Microsoft’s efforts paid off in the long run. Halo Wars was a success both critically and financially. So after nearly eight years Halo Wars is back, and the crew of Spirit of Fire is ready to fight against the dreaded Atriox who has set to wage war against mankind.

The story takes place twenty-eight years after the events of Halo Wars 1, but even goes beyond a bit of the event of Halo 5: Guardians. We assume the role of Captain James Cutter once more and head down to the Ark. There they encounter Atriox, and his Banished, a group that splintered off after the Human-Covenant War ended.

The singleplayer focus is still prevalent in this franchise, but luckily for those who want to enjoy the multiplayer side of things will get to enjoy the usual skirmish mode, and Blitz mode. Will Halo Wars 2 set the world on fire? Or will it be just one of those RTS games that will be forgotten? 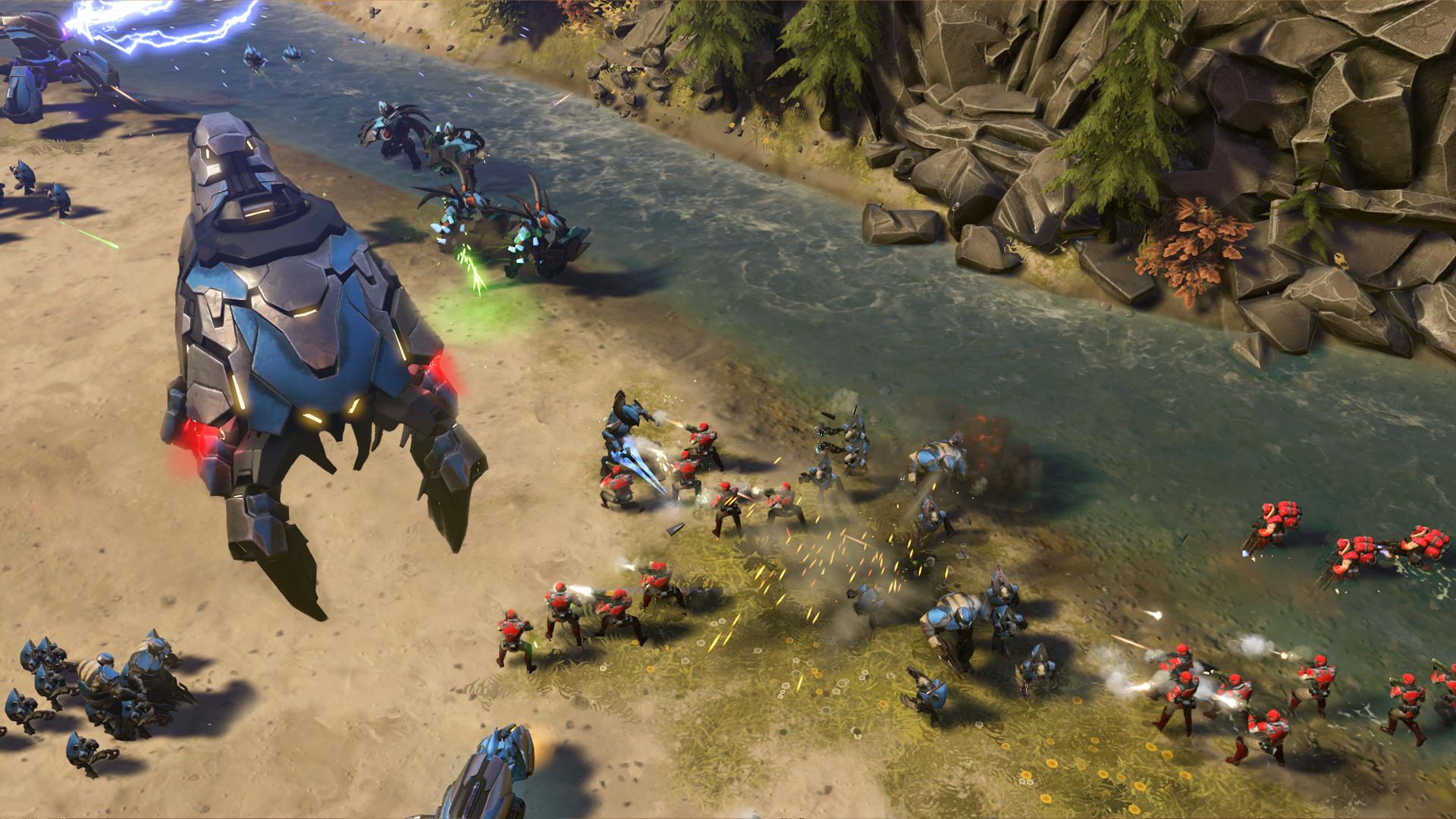 Halo Wars was not the usual RTS game that PC gamers would have enjoyed, it had great production values, and graphics at the time, but the depth of it was missing. It felt more like a rock, paper, scissors method of gameplay rather than figuring out soft, and hard counters, plus to have the proper upgrades. Halo Wars 2 does not seem to deviate from this formula, and in fact, one of the developers in an interview commented that they wish this sequel to be an Action-RTS, where huge Michael Bay tier explosions fly around while you command armies all around the map. 343 Industries and Creative Assembly know how to cook up some great effects, and onscreen death of soldiers.

In terms of graphics Halo Wars 2 looks stunning, and while it does not have the troop count of,  for say an Empire Total War game. The developers did go out of their way to show as many units as possible on the Xbox One. Units teleport or drop pod from the sky. Tanks fire a barrage of missiles, and Banshees fire lasers. 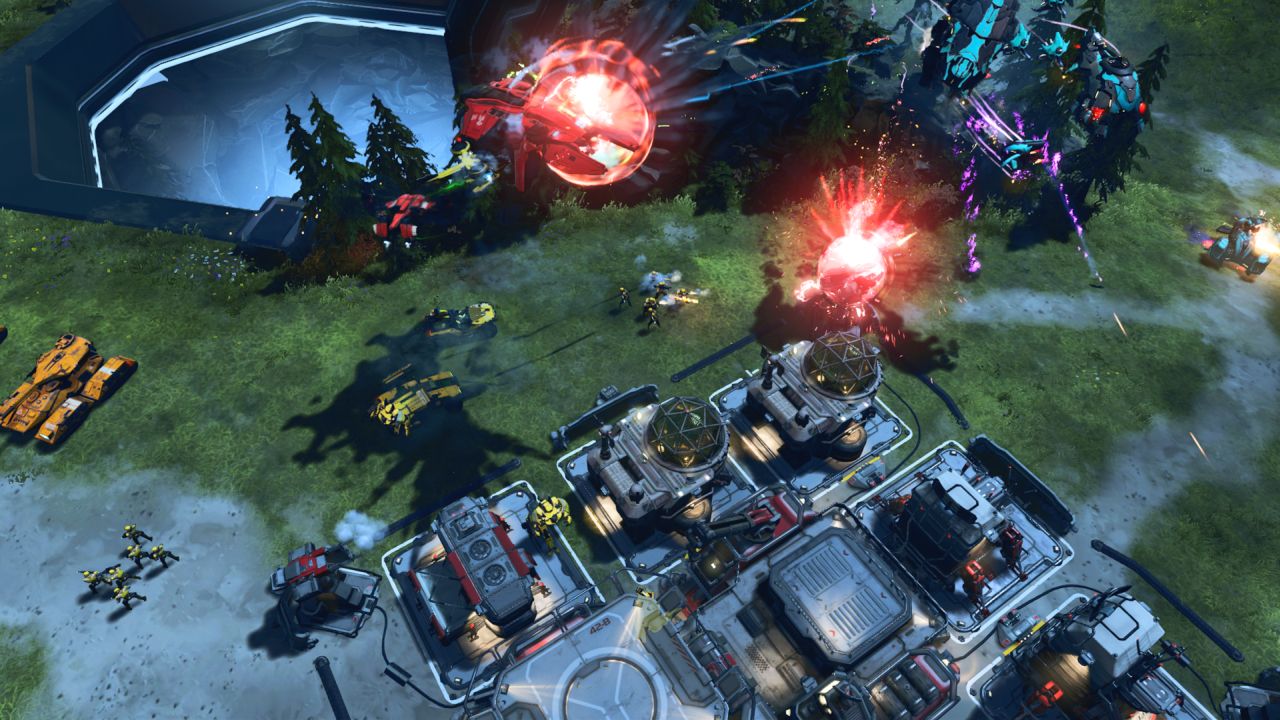 The map engulfs a spectacular laser light show, which I rarely see games these days, especially RTS games. It reminded me of the old Dawn of War games, and it seems that the developers are going for that type of sense of scale. Large units, Epic units, massive explosions, but the ease of gameplay, minimal base construction – in fact, there is only base upgrading just like in the previous game. Special abilities will also return to the series, which means we get to purge the xeno… I mean to bombard the Covenant from high above.

The singleplayer will have around 10-12 hours worth of content, so we will have enough time to blow up the AI before venturing into the multiplayer part of the game. For multiplayer we will have the standard deathmatch, and a mode called Blitz. While in the basic multiplayer mode, we get the usual resource gathering situation, but with Blitz mode, we get cards, and get to pick six leaders that will help you in the match. Kind of like Command and Conquer: Generals did back in the early 2000s. You basically use points that are earned to spawn in units. It is one of the most frantic modes I have seen, and I cannot wait to enjoy it once the game is released in February of 2017.

Halo Wars 2 looks like a neat evolution of its first game. Both development teams have worked to provide the players with a unique experience, although for some PC players this might seem like a dumbing down of the RTS genre. However since even Relic (makers of Company of Heroes, and Dawn of War), also stayed that way I’m not sure that argument holds up anymore.

It looks to be an interesting, and high-octane action game. Although it is not for everyone that loves the RTS genre.

Halo Wars 2 will be a fun action RTS game, but whether it will have staying power will depend on the quality of the writing, and the multiplayer mode Blitz.