The seventh numbered Tekken got a release date and a new trailer, but it also got confirmed to get a Collector’s Edition.

Tekken 7 has been playable in Japanese arcades since 2015, and it also got an updated version (Fated Retribution) since then. The home version will be based on the latter, which somewhat explains why we had to wait until 2017 to get the game. There will be a story mode, an online tournament mode, more characters, as well as a rebalance before Tekken 7 arrives on PlayStation 4, Xbox One, and PC.

The new trailer, called Rage and Sorrow, continues the family feud between father and son – Kazuya and Heihachi continue to fight each other, and we can see some glimpses of the Unreal Engine 4-utilising gameplay.

The Season Pass will give you access to three content packs which can be purchased separately. These will include:

Pre-ordering nets you the franchise’s vampire called Elisa. Xbox One pre-ordering earns you a backward compatibility Tekken 6, while the PlayStation 4 version gets two extras: a Jukebox mode (make a playlist of classic Tekken themes here), and exclusive costumes from Tekken 4 for King (Tekken 2 as well for him), Xiaoyu, and Jin. 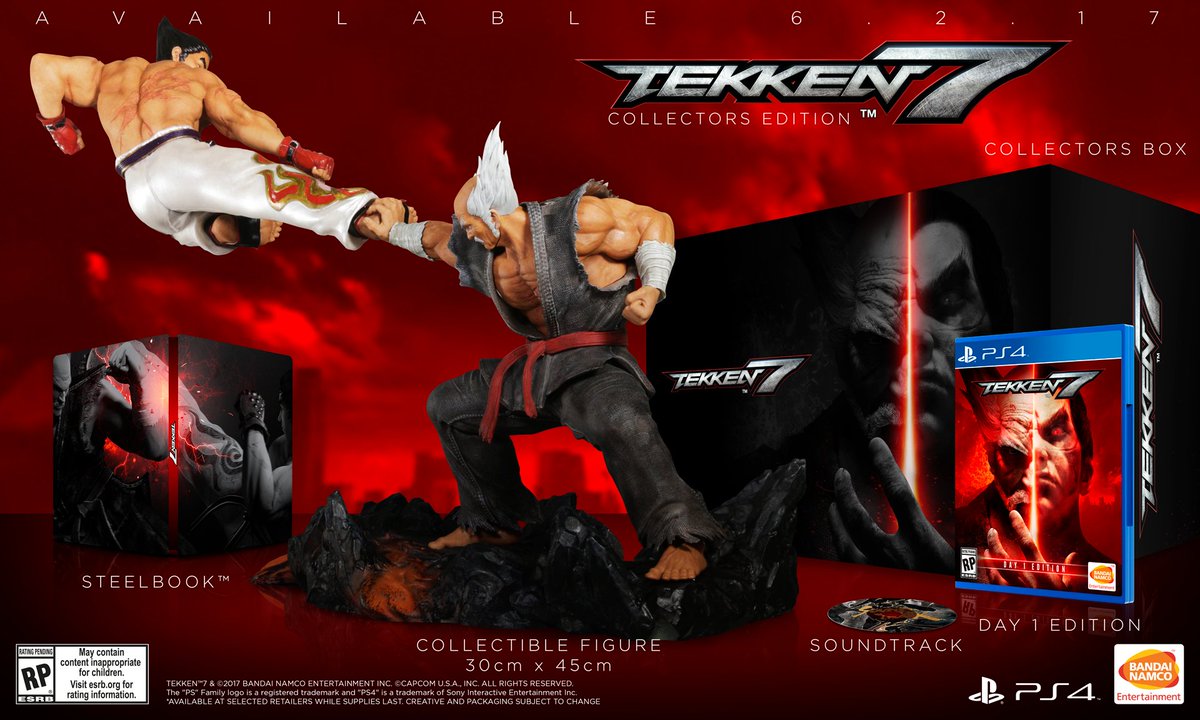