INTERVIEW – The spiritual successor to Planescape Torment: Torment Tides of Numenera will be released by the end of this month, in the meanwhile, we spoke with Colin McComb, the Creative Leader of the game. More than 16 years after the first game, let’s see what they have in store for us…

PS4Pro: How the idea of making another Torment game came, after more than 16 years?

Colin McComb: Chris Avellone and I had been talking about the possibility for years, and in February of 2012 we started to make plans about how we’d do it. It didn’t work out, sadly, but later in 2012, Brian Fargo contacted me and said he’d bought the rights to the Torment name and asked if I’d be interested in helping him make it. I said I’d be happy to, provided we could bring (Planescape: Torment developer and Torment: Tides of Numenera design lead) Adam Heine aboard, and Brian agreed. The rest… well, the rest is four years’ worth of development.

PS4Pro: Are there any connections story-wise between the first game and this one? At least in the form of some cameos?

Colin McComb: Oh yes. There’s one in particular. I’m thinking of it. But it’s not a blatant connection. Each of our callbacks and cameos stands on its own and doesn’t require having played Planescape to enjoy these specific NPCs or items. PS4Pro: How many members of the original Torment team were working on the new game?

Colin McComb: Let’s see… Adam Heine, Chris Avellone, Aaron Meyers, Damien Evans, Rob Ciampa, Brian Fargo, me… I feel like I’m forgetting someone, but at least all of us contributed something to the game.

PS4Pro: The Unity engine used by Interplay and Black Isle was very nice in the beginning of 2000, but it may seem a bit obsolete by today’s standard. Why using the same technology?

Colin McComb: It’s a different engine. The old games used the Infinity Engine. The Unity engine is a newer development space that can support all kinds of games and platforms. J

PS4Pro: Is the RPG system in the new game similar, the same, or different, that for the old game?

Colin McComb: Very different. Rather than Str, Con, Dex, Int, Wis, and Cha as primary stats, we go with Might, Speed, and Intellect. These are replenishable stat pools that you can use to try to influence your chances of succeeding at a particular task.

PS4Pro: Planscape Torment’s rules are based on those of Advanced Dungeons & Dragons 2nd Edition. Is this true as well for Torment: Tides of Numenera? 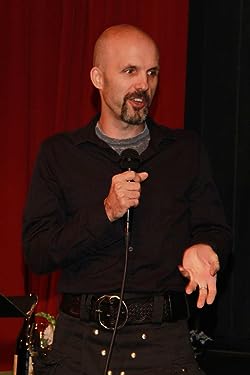 PS4Pro: How the crowd-founding went for the game?

Colin McComb: Very well! We were aiming for $900,000, but wound up with nearly $5 million, after taking into account late pledges and PayPal donations. This necessarily increased the scope of the game, which in turn increased development time. Still, I’m very happy with the results.

PS4PRO: There was an extreme amount of conversation in Planscape: Torment. Will this be the same for Torment: Tides of Numenera?

Oh yes. We’re looking at over 1.2 million words for the game – not all of which you’ll be able to see on a single playthrough. Some of this is mutually exclusive content, and we designed it that way on purpose so that replays would provide different experiences.

PS4Pro: How long the main campaign will take? Any multiplayer options, like in the Baldur’s Gate games?

Colin McComb: We’re a single-player, story-driven game, so it didn’t make sense for us to make it multi-player. It’s impossible to estimate how long the main campaign will take because we’ve packed the game full of entertaining stuff to do. If you focus entirely on the main story and ignore all the side content, skip through conversations, and don’t read any of the extra lore, you might finish the game in around 25 hours. If you’re a completionist – or even just curious – that experience will stretch out significantly longer.

PS4Pro: What’s your next project after this one is over? Baldur’s Gate III? 😉

You can read our preview about the game here.

-Interview made by BadSector-

A Third Of Americans Wait…