Despite Destiny 2 having been officially revealed last week, Bungie‘s game, that is also heading to the PC aside from consoles, still managed to get leaks.

A GameStop employee got a hold of two documents, taking one photo of each, and these were never meant to be seen by the public. Just to mention the new details, the first image says that GameStop will give a Cayde-6 figure while supplies last to the game, and the fact that Destiny 2 is going to get two expansions. These will bring new story missions, cooperative activities, competitive multiplayer and new gear/weapons. Both got a release window by Activision and Bungie: the first one launches during the winter, and the second one would follow in the spring. Seeing how the game itself arrives on September 8 on PlayStation 4, Xbox One, and PC, the pace looks fast to us…

On the second image, aside from Bungie bashing its chest for success, we learned that they would plan to have an event to reveal their future plans.

However, if there will be only two expansions, when will Destiny 3 come? 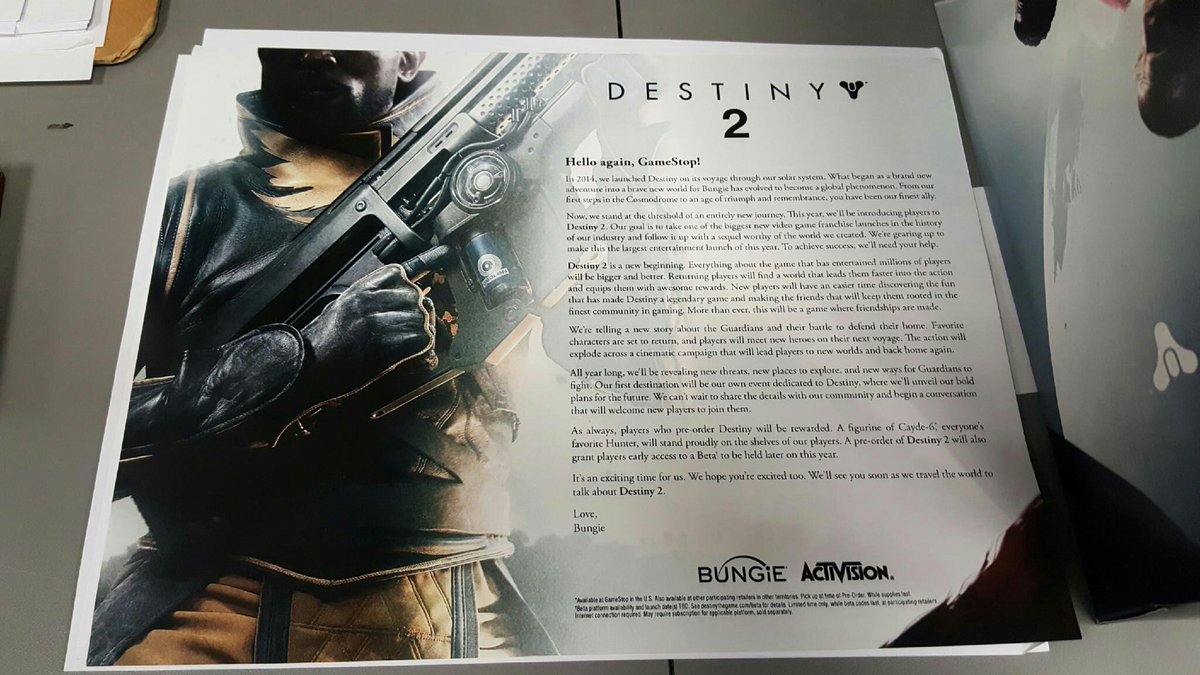