Immortal Unchained – A Dark Souls-inspired Shooter Out of Nowhere PREVIEW – A new Dark Souls-inspired third-person shooter/action RPG hybrid is coming to PlayStation 4, Xbox One, and PC. The events of the game are apparently set in a “futuristic and crazy fantasy world,” which is collapsing in the midst of a cosmic event. Welcome to Immortal: Unchained, a spectacular looking action-RPG, which will be out in 2018!

The game is developed by Toadman Interactive, a company virtually unknown, and published and distributed by Sold Out Sales. Immortal: Unchained is an ‘RPG Souls-style,’ according to the description of the official website, so we assume that it will be an adventure of high difficulty, following the style of the Dark Souls saga. 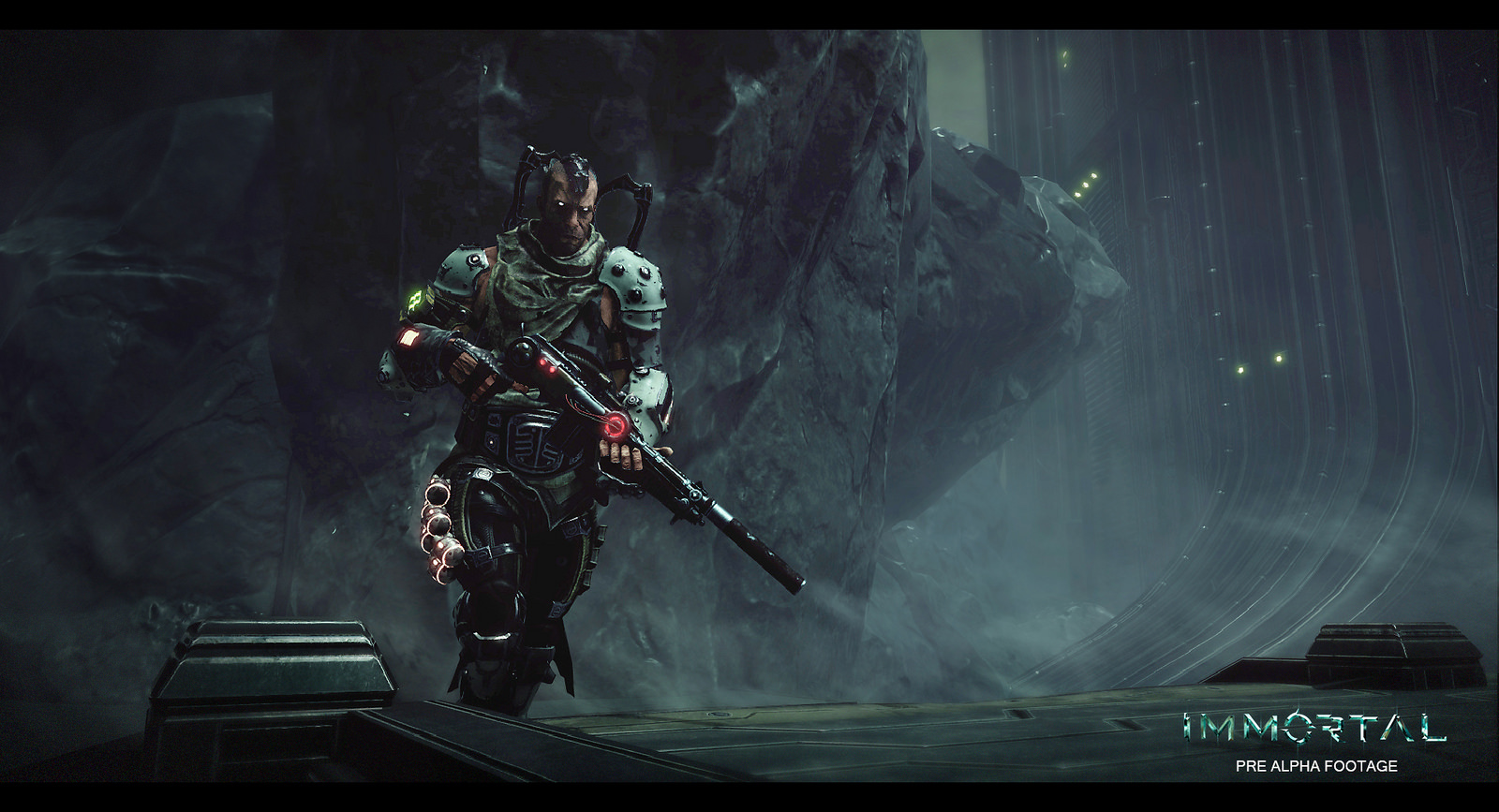 Sci-fi, shooter and RPG… with a moral reward

Immortal: Unchained is based on a science fiction universe unique in the subgenre, which will place us in action similar to that of third-person shooters, combining regular elements of RPG.

The main character of Immortal: Unchained is unleashed and released in an apparently involuntary manner. It all starts with the simple instruction that time is running out and that the world needs your skills in a journey in which you must leave without knowing who you are is or what you do and find information from the characters of the game.

The story is in fact set in a futuristic fantasy world collapsing in a cosmic event, and the game puts players in the role of a living weapon whose goal is to bring an end to the cataclysm. He is unwillingly unchained and released by the warden, and told only that his skills are required to save the world. Without your memory, you must set off and discover what you can from the game world and characters.

But according to the official description, perhaps the people we meet, look only for their own interests, causing us to put everything in question and that discovering the truth is a challenge as well as the gameplay, which will also provide a moral reward as we progress.

Fight your way and survive

While playing as a preset character, you have some customization options in how to select six different “disciplines” at the beginning of the game. Also, you will have over 100 weapons and unique weapons and armor to choose from as you travel through nine different worlds. According to Toadman Interactive, the game play is not for the faint of heart and will pack a fleshy challenge.

Mobility, attack direction, and well-timed doges will also all play an important role in survival as you encounter enemies. It is described as “far from a reflex shooter” and ‘not an easy game.’ When you die, you are restored by the Monolith, who oversees the flow of the Cosmos, and your bounty is left where you were defeated. 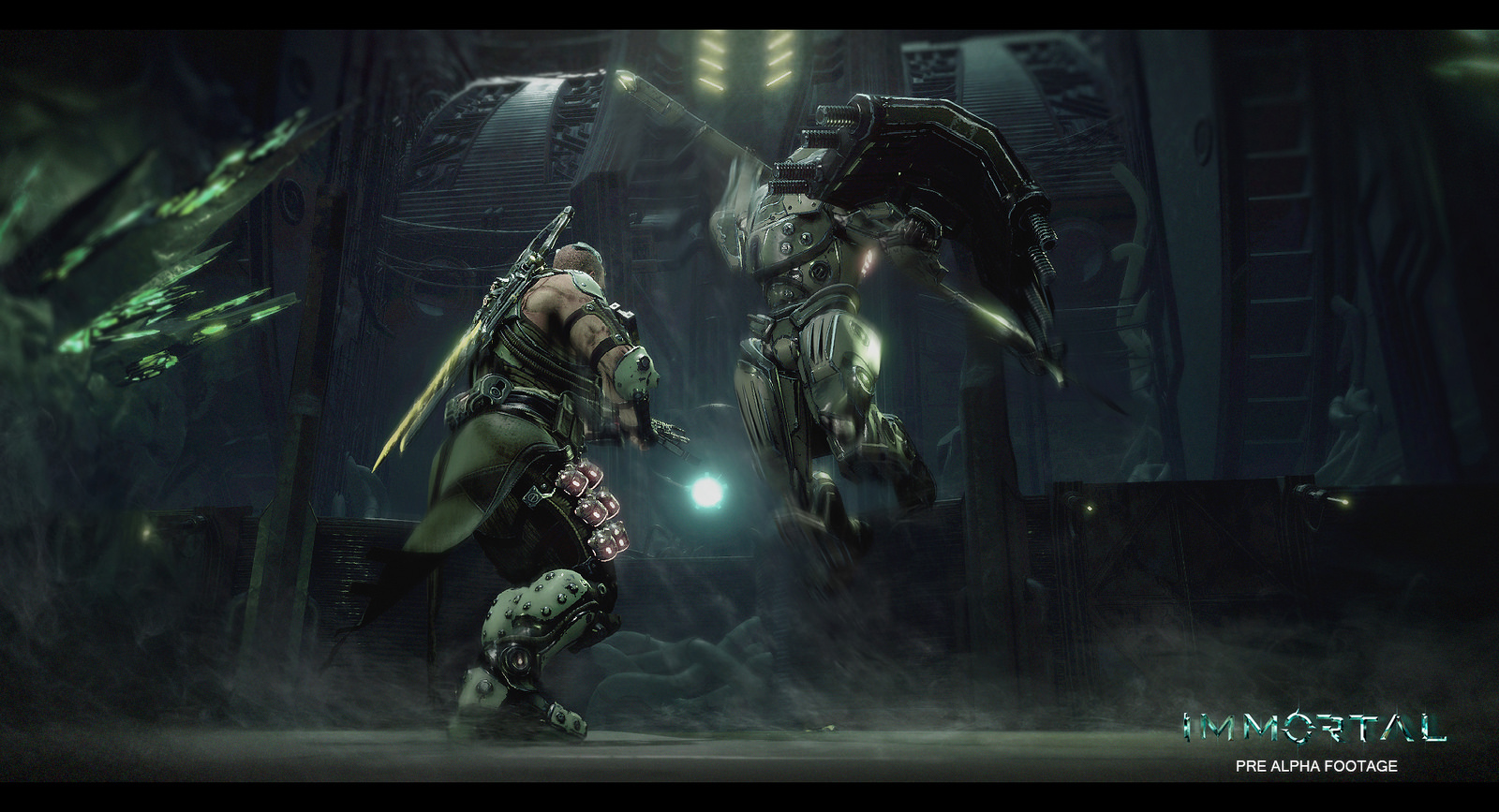 Many worlds await you

The Cosmos contains many worlds, some of which you will visit in the game. All worlds are connected via a network known as the Stream. By exploring the Stream and collecting clues, gear, and rewards, you will become a strong enough weapon to save the Cosmos.

As for why it is you who has to save the Cosmos, that is something you will discover as you play. Toadman Interactive teases “a lot of untold stories about the world hidden below the surface.” The story is written by a narrative team consisting of Anne Toole (The Witcher) and Adrian Vershinin (Killzone: Shadow Fall and Battlefield 1).

Immortal: Unchained is under development for PS4, Xbox One and PC, set to launch sometime during the second quarter of 2018 (both digitally and retail).

Will it be a success?: