Assassin’s Creed: Origins: You Will Not Beleive, What Was Censured in the Discovery Tour! The tour, which was added to the game with the latest free update, changed a few things.

The update, which launched on Tuesday, brought the Discovery Tour and the New Game+ mode along (we wrote about both in detail before), applies censorship in ridiculous ways. Genitalia? Nipples? We can’t have that, thought Ubisoft, who then promptly put sea shells on them, even in the base game. We’re sure that ancient Egypt had no such censorship!

The French publisher sent this statement to Kotaku: „Discovery Tour was created to offer the maximum amount of people from various ages and cultural backgrounds the ability to visit the long-lost world of Ancient Egypt and learn about its history. We worked hand in hand with educators and academic institutions to tailor the content to be suited for every audience, including younger students, taking into account cultural sensitivities that can be different from one country to another.” (Modern Egypt also dislikes nudity: a Belgian model, Marisa Papen, was temporarily arrested for posing in front of the pyramids…)

So if you’ll find shells on statues, you’ll know why. Wouldn’t it be a good idea to include the removal of censorship optionally? Why not have an option that has censorship on by default, and if you wouldn’t like it, have a menu point to disable it…? 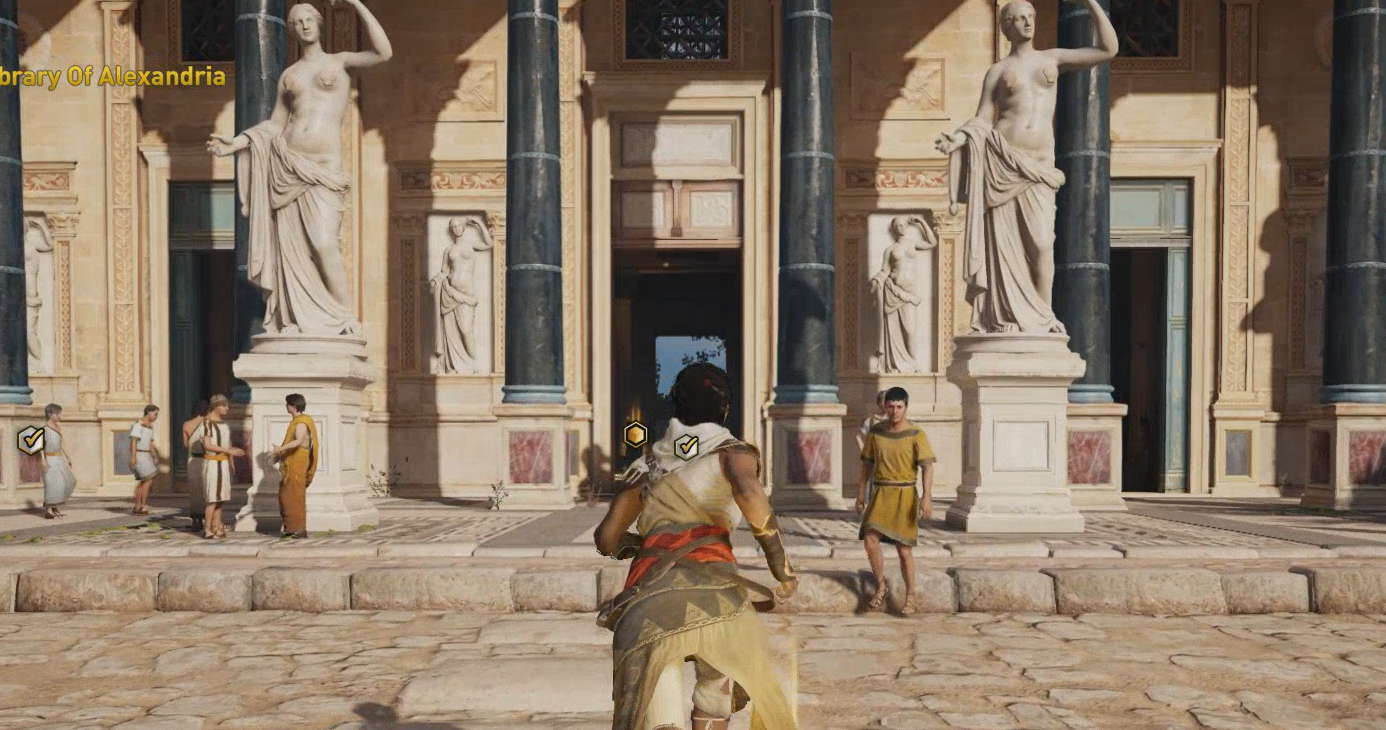