PREVIEW – Dontnod developers have had a rocky development history. Their first game Remember Me was a sci-fi adventure game that received mix reception, low sales, but had a unique and an exciting story, sadly it was not presented in the best way. After much hiatus, they went back to the drawing board and to tell a new, and more thought provoking story, Life is Strange was released, with the help of Square Enix.  In 2015 the game was released, and it was a financial and also most importantly a critical success.

This has helped the company to be once again put on the map of publishers. However they have decided to remain independent, and are currently working on two games, one of them is unknown regarding what type of game will be, and the other is titled as Vampyr an action adventure game set during the 1918’s Spanish Flu outbreak in London.

An entirely new type of story, new gameplay elements, and a huge departure from the previous games. Not a teenage drama, or a sci-fi adventure, it is more of a supernatural thriller with a slight hack n’ slash. Does Dontnod have the savvy to cook up such an excellent new IP, or will it crash and burn like Remember Me? Let us see what they have as of 2017.

The player takes on the mantle of Johnathan E Reid, a medical surgeon returning from the frontlines of the war. One night Reid wakes up and discovered that he had become a vampire, and now must feed on blood to survive.

Which is going to be interesting especially since the main character took a hypocritical oath, so we will have quite a lot of moral conundrums, as using our powers will drain our health. In order to regain health, and power used in the games to cast spells, we will need to drink blood – which ain’t going to be done through blood banks. Instead, you’ll drain the citizens of London to survive in the night. 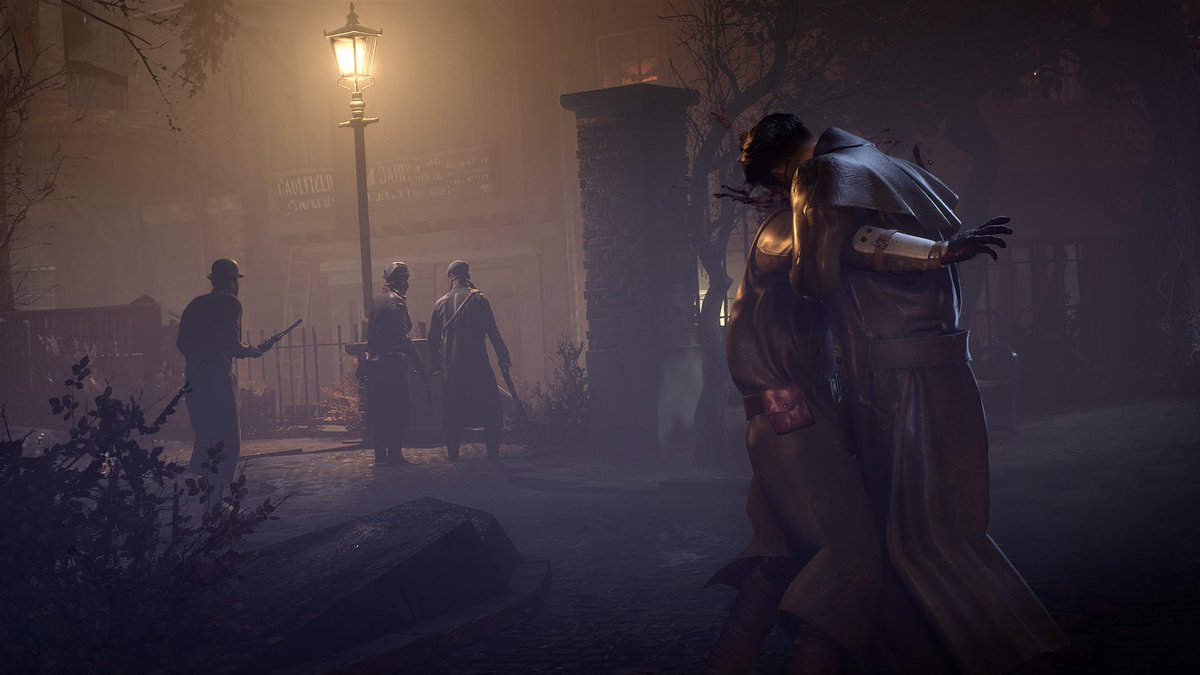 Play as a Doc or as a Ripper!

Just like Life is Strange, Vampyr will also have a story and moral choices that the player can take. There are around more than fifty unique NPCs that Mr Reid can interact with, and also take up sidequests, and last but not least decide their fate. In the demo, we had a thug who was stealing from people during the night, the player decided to kill the thug, but we heard his last thoughts as we drained him dry of blood – he does not know who will take care of his only child.

Moments such as this will define Vampyr and will give great player agency. The decision to go full bloodlust, or be patient, and meticulous will decide on how the streets of London will look after our actions. So luckily it will not only decide the ending but will decide the entire progression of the game as well. In fact, if we decide to off one of the characters, certain storylines may grind to a halt, as it will cut the narrative of that mission structure short. 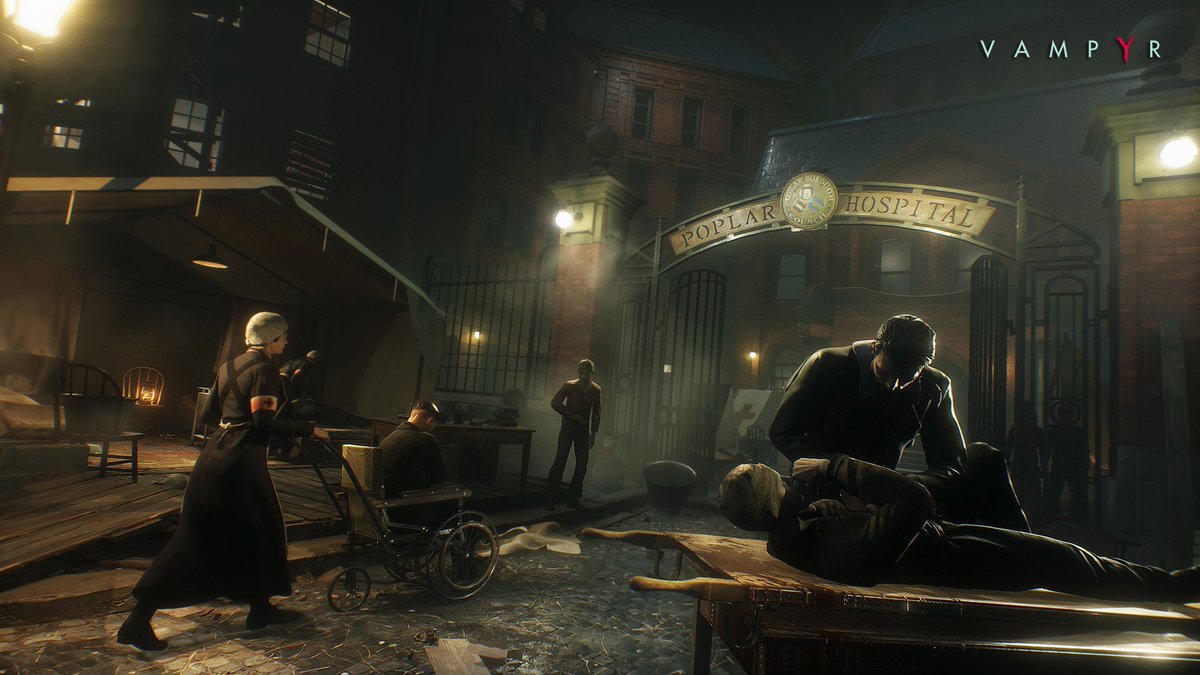 Reid will encounter all sorts of different types of enemies, from Werewolves to other vampire, and even a secret cult of Humans who hunt the supernatural called Guard of Priwen.

The player has an assortment of powers available to him, such as blood spears, lunge from great distances, telepathy, and also the ability to Mesmerise NPCs to reveal clues, and weaknesses. You can unlock abilities by feeding on humans to gain blood, but if you are the pacifist type, you can definitely finish the game without taking a life. Although according to the developers you will be unable to level up because of this throughout the game.

Vampyr looks stunning, and while the pre-alpha footage had a bit of a lip-synch issue, it still ran pretty great on the Unreal 4 engine. It looks miles above what Life is Strange looked like. The style of the game is the usual gothic scenery of London. The combat and animation looks even for a pre-alpha splendid, and the game will also feature a robust crafting system. All in all, Vampyr is shaping up to be a great game, although sadly the release date is still 2017 TBA. If the developers can keep their promises, we will have one hell of an action RPG.

An action RPG that looks to provide new and original ways of roleplaying. Sprinkled with a few moral choices for the gameplay. Hopefully, the game does not fail to deliver.

– Preachy over the head choices
– Short campaign?
– Lip Synching might be horrible (again)