REVIEW – In my home country, there was a bar of chocolate that had a slogan „Ugly but tasty” – however, Nestlé has removed this product from their line (and others have done some stupid recalls, too…), meaning the slogan had nothing to be applied to… until now. This RPG fits this term.

Initially, this game was developed by one person for roughly four years (and its development was started at around 2006), and in 2014, he had a Reddit AMA, where he said that after getting Kenshi greenlit on Steam in 2013, his dev team, Lo-Fi Studios, had only six people. The game ended up hitting version 1.0 at the end of 2018, and while its history can be felt, it’s still a wonderful creation, even if it’s not something revolutionary. We’re talking about a passion project, which needed time to become a professional, but due to its past, flawed (but recommended for purchase) title. 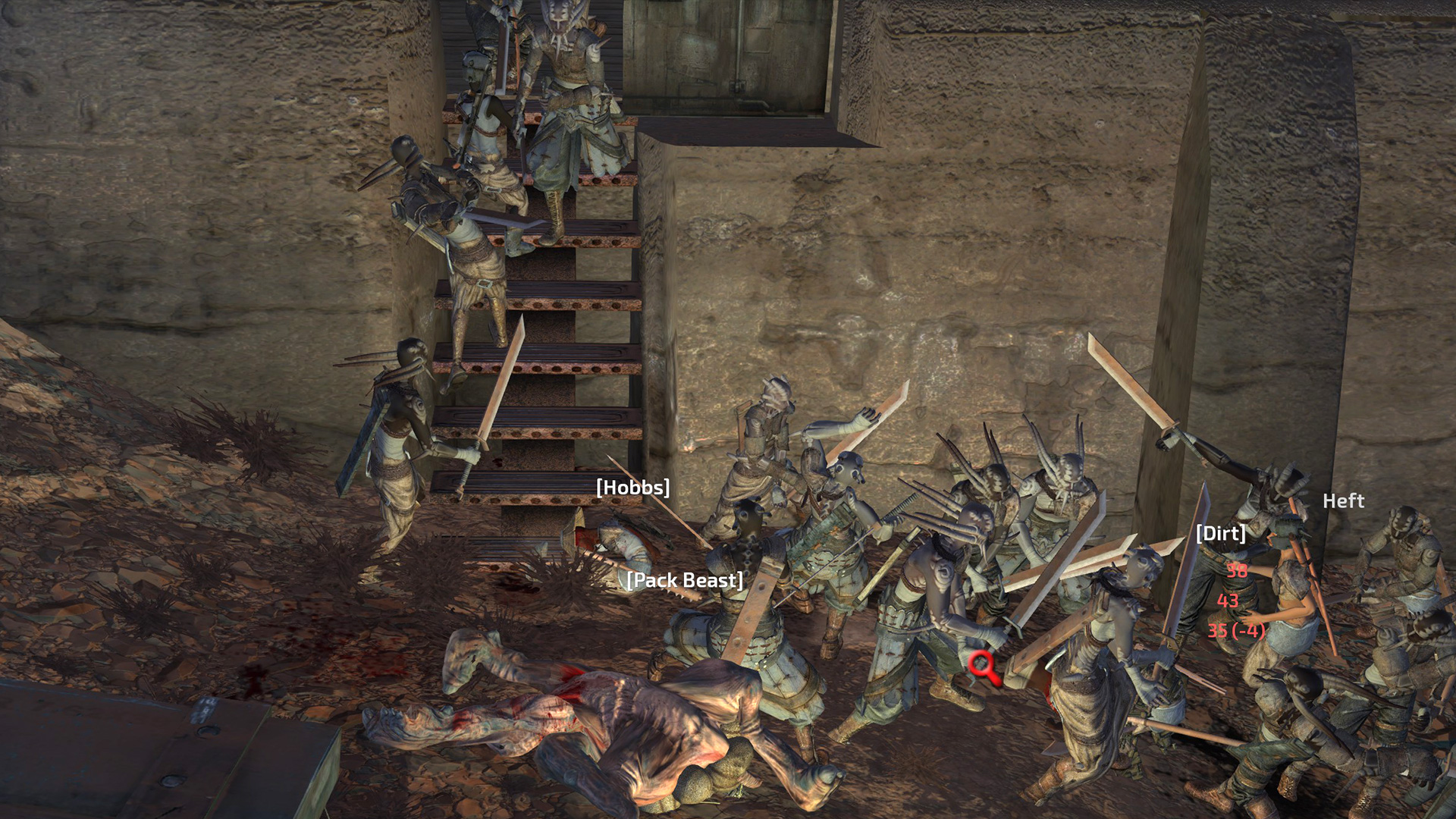 While Kenshi seems to be simple at its first glance, it’s a tough, team-based, survival, open-world RPG sandbox game, which is huge. I need to repeat it due to it being the truth: it is huge. It also needs time- initially, you won’t have the chance to assemble a full team, and you will also need time to get to building a house. Yes, building: although Kenshi first requires you to survive, eating everything you possibly can, as you progress, you might end up building entire villages, and that’s still not „the end.”

The game’s world is far from being friendly – it’s antagonistic and dangerous towards the player, which means the first few hours of the game will decide how successful you could become later. There’s no mercy, but there are endless possibilities, and I think it’s unlikely that two players would get the same experience (unlike how No Man’s Sky had such PR talk by Sean Murray three years ago). The character creation already could show differences as you pick your gender, race, and physical attributes. Then, freedom comes. You can do whatever you want. You have no money to buy tools? Go ahead, try stealing it. Do you have enough materials to start building? Be my guest.

If you screw up, you could become a slave, though. I have to say, you have to experience Kenshi yourself this time around… and since it’s a PC-exclusive game on Steam, you could try it for two hours before you refund it. I can recommend this game especially to those people who grew up with RPGs in the 90s. A prime example could be the first two The Elder Scrolls games (Arena and Daggerfall, if my memory serves right), although Kenshi has technical advantages… as well as some disadvantages in comparison to the TES games. While Kenshi has a large area (several hundreds of square kilometres), you need to learn the user interface pretty damn hard! 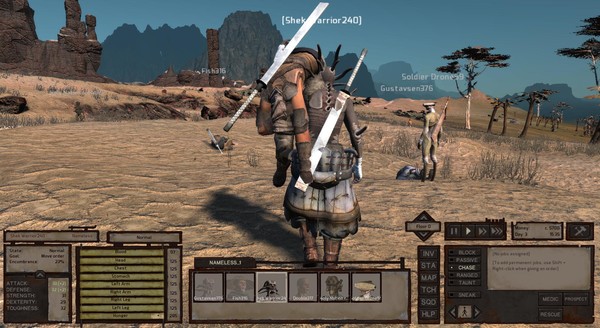 The user interface, which was meant to be used with a keyboard and a mouse, could be easily used in an MMO, and it will be even more complicated than before when your team starts growing (RTS elements!), which turns out to be one of the bad parts of the game: you must learn to control it from item usage through getting the basics of the automated (!) fights to the menus. It’s not easy. It will take hours to get used to it, and even then, you might end up dumping 40-45 hours into Kenshi. It depends on you, and what you make up doing in the game is also depends on your actions.

The other thing I have to point out is how Kenshi looks. I just cannot ignore the graphics – Kenshi looks outdated, and that’s lightly put. It shows how early the development has started. The game has technical issues, causing an outright retro feeling. With the freedom, you also get a ticket back to the past when games were far more hardcore (no loot boxes, no DLC nonsense, and so on) than they are today.

Kenshi deserves an eight out of ten. This game was made with love and passion, not because of corporate bigwigs trying to get their annual stocks of cash up their asses. This Steam-review has a quote I have to include: „…Even if it wasn’t going to sell a single copy, I’d still make it. – Chris Hunt 2012” – Chris Hunt is the creator of Kenshi, giving some hope in PC gaming to me, as I have hobbies purely for passionate reasons – while I could earn money with them, I try to refuse (royalties can go to hell). Back to Kenshi, don’t judge it at first glance. Don’t judge by the look. This alter-Japan will suck you in, and it won’t let you out easily… and if it does, it does it as if it ended a friendly hug. If you like RPGs and are a veteran gamer, get it. Character limit!

+ It’s a game made with passion, and its gameplay shows that
+ You could spend a lot of time with it: it has depths of an MMO
+ A huge world with complete freedom and a lot of possibilities

REVIEW - In my home country, there was a bar of chocolate that had a slogan „Ugly but tasty” - however, Nestlé has removed this product from their line (and others have done some stupid recalls, too...), meaning the slogan had nothing to be applied to... until now. This RPG fits this term.   Initially, this game was developed by one person for roughly four years (and its development was started at around 2006), and in 2014, he had a Reddit AMA, where he said that after getting Kenshi greenlit on Steam in 2013, his dev team, Lo-Fi Studios, had…
Kenshi – Ugly But Tasty
Kenshi – Ugly But Tasty
V
It's worth its money - 30 dollars is all you need.

It's worth its money - 30 dollars is all you need.