The fifteen-minute Deep Dive video of Cyberpunk 2077 was followed up by the developers answering some questions, revealing more of one of the most anticipated games of 2020.

There will be a hacking minigame in which players select hexadecimal sequences to unlock computers and their contents (such as Camera Log and Officer Tracing). There will be surprise vehicles, aside from cars and motorcycles – CD Projekt RED is keeping them under wraps. For lazy players, there’s also fast travel, in case you don’t want to walk or drive anywhere you need to go. Your character’s background story (Nomad, Street Kid, Corporate) unlocks unique dialogue options, and the attributes, skills, and the perks you assign to skills affect what your character can do (an example: a perk for the Athletics skill which allows the player to run while carrying a body.)

CD Projekt RED is looking into how to divorce style from stats when it comes to clothing. The game will have a reputation score, which will be called street cred. Gaining it increases access to vendors, services, and cyberware. A few weapons were mentioned – nanowire, which can be used to hack or as a whip, an eight-barreled shotgun (that thing is going to kill everything up close…), a weapon that heats up bullets to shoot off cyborgs’ arms, as well as a handgun that shoots faster the longer you sustain fire. There are gun skins and attachments, such as scopes and silencers. Guns also have stats that can be improved, and as you get better at shooting a certain gun, your crosshair can become smaller, and your reload speed can increase, changing the animation. You can also play as a cyberninja who specializes in katanas, and slow-motion cyberware can be used by enemies, too – some of them might zip around if they use it. Night City will have no loading screen, each part of the city will have a Fixer (giving us sidequests), and our character will have five characteristics (Reflexes, Cool [it affects how we react to pressure], Technique, Body, Intelligence).

Cyberpunk 2077 will launch on April 16 on PlayStation 4, Xbox One, and PC. (The three images: character creation, character overview, inventory.) 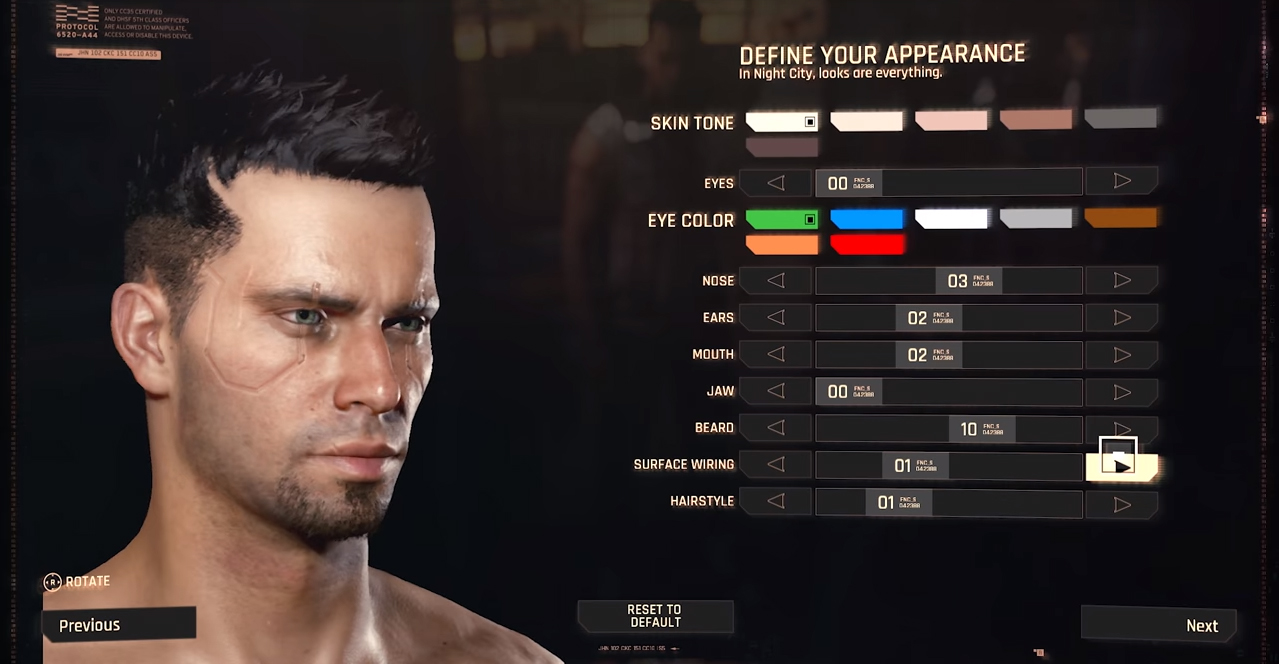 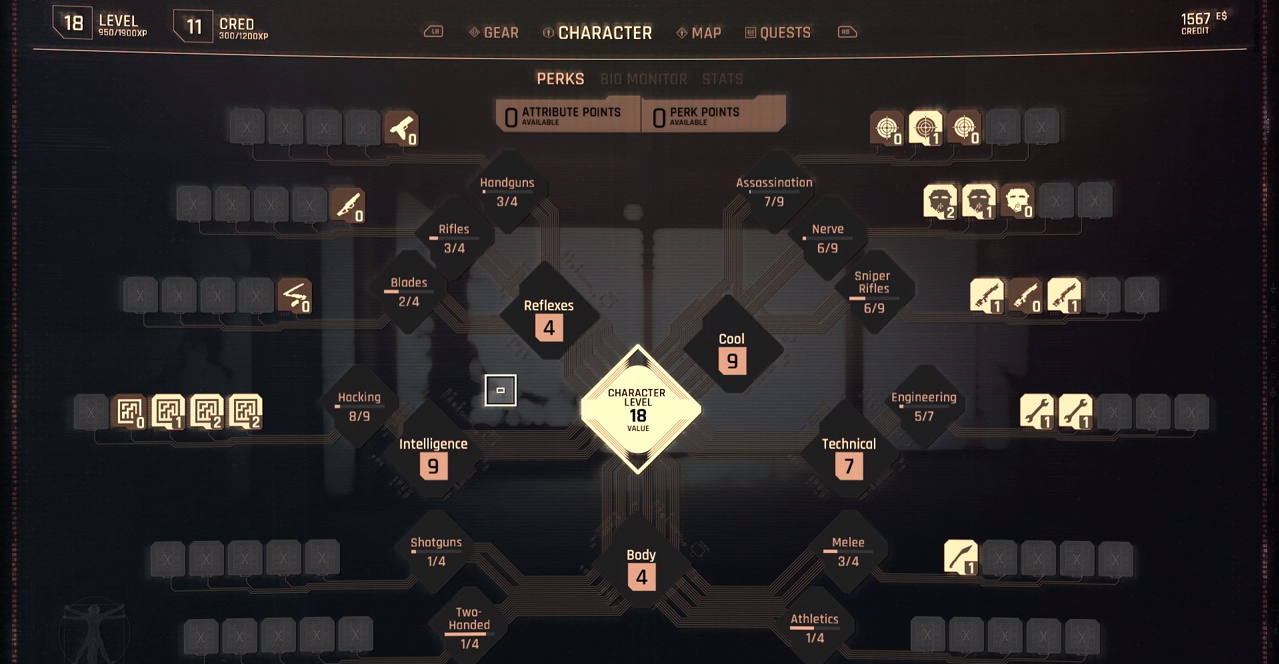 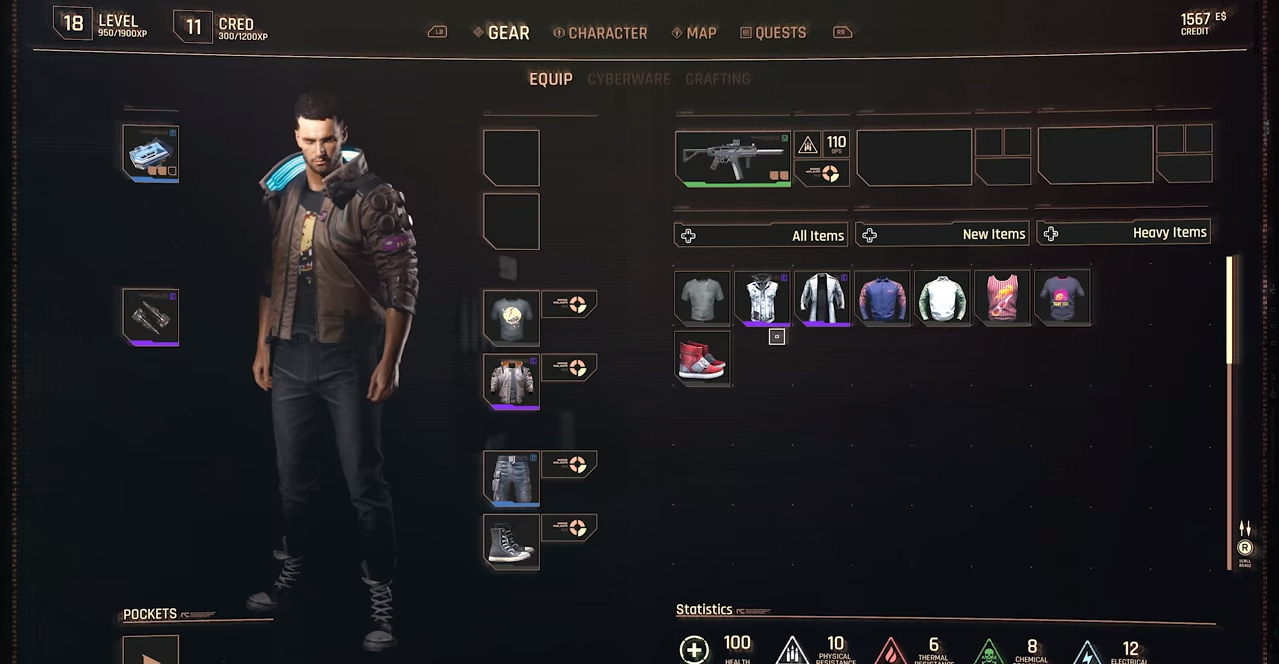