Warner Bros. would show the game after the DC Fandome in August according to Bloomberg sources.

When the river sounds, water carries, and in recent years there have been plenty of rumours about a new Harry Potter RPG in development at Avalanche Studios. In fact, as early as 2018 a gameplay prototype of the game was leaked, and a few months ago it was rumoured that the studio behind Just Cause was going to announce it soon. Now well-known journalist Jason Schreier of Bloomberg, former editor of Kotaku, has published an article with new details about this mysterious project.

For those who have not been following it these years, rumours about the Harry Potter game point to an RPG open world with a faithful recreation of Hogwarts and its surroundings, all with an AAA-budget. According to Jason Schreier, and based on anonymous sources of the project, the game has maintained a good momentum of development during these months, and is scheduled for release in late 2021 for Xbox Series X and PS5.

What’s more, Schreier adds that the game will be shown after the DC Fandome on August 22, where, according to the journalist, the new Batman game will also be presented. All this stems from the recent controversies about JK Rowling and her statements about trans women, where, in the absence of an official statement from Warner Bros., the Bloomberg journalist has chosen to anonymously contact the members of the study.

The author of the saga was the subject of controversy on social networks a few weeks ago. In this sense, and based on these sources, Schreier points out that the comments of the author of Harry Potter have not sat well with the studio, not only because of how they may affect the image of the saga (and therefore the game) but also with some developers personally hurt by them. In this sense, one of the employees clarified to Bloomberg that JK Rowling has “little direct contact” with the project.

From Warner Bros. Games they have declined to comment on this article at 3DJuegos concerning JK Rowling. Of course, it is important to mention that this project has not yet been officially announced, despite the various information published in recent years, so we must take the information from Bloomberg as rumours rather than confirmation. In the middle, they also point out that, if the sale of Warner Bros. Games happens with AT&T selling the studio, the project could be cancelled… An Open-World Star Wars Game Is In Development At… Ubisoft And Massive!? 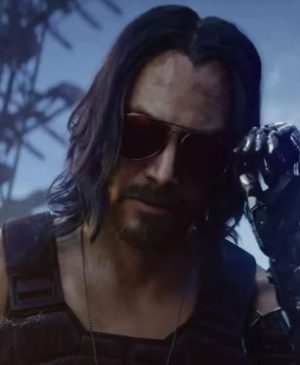