Tencent, one of China’s big tech companies with links into their state party, is now gaining ground in the United States with Lightspeed Studio.

The Tencent Games subsidiary called Lightspeed & Quantum, which was formed in 2008 along with three other studios, opens the studio in Orange County, California. Lightspeed Studio is going to develop an open-world, AAA title for PlayStation 5 and Xbox Series X. It’s going to be led by Steve Martin.

No, not the actor born in 1945. He previously worked at Rockstar Games, holding leadership roles in both Grand Theft Auto V and Red Dead Redemption 2. He will also be an executive producer on development. „We’re ushering a new era of game culture by combining world-class development with a stress-free work environment. From day one, our teams will be focused on building the highest calibre games while promoting integrity, proactivity, collaboration, and creativity,” Martin says.

He also promised a crunch-free environment, which also is inclusive. The studio already has several people that moved here from other studios such as Rockstar Games, Respawn Entertainment, 2K Games (=Take-Two), and Insomniac Games.

There’s no reason the GUESS what Lightspeed Studios is going to do. This open-world AAA title on the two next-gen consoles can be nothing else than SYN. We discussed this game last weekend when its tech demo was shown – and guess what that game is? An open-world AAA cyberpunk FPS, which seems to resemble some garage project by a studio called CD Projekt RED. You might have heard this name: Cyberpunk 2077…

Tencent continues to expand – don’t forget that the company is present in Epic Games and Ubisoft -, and with this move, they will want to get cash off of the upcoming cyberpunk craze. We have yet to see how successful they will be. 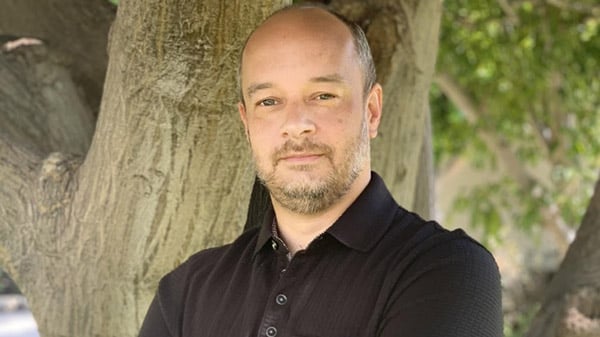