PREVIEW – The creators of Suikoden is working on a new RPG. 14 years after the fifth main episode (and eight years after the last, Japan-only spin-off), the team wants something new. As Konami doesn’t seem to do a new game outside PES, it’s understandable that they have to do something different.

Unless Konami does confirm the PlayStation 5-exclusive Silent Hill that they don’t even mainly develop according to rumours… leaving them to work truly on just Pro Evolution Soccer.

The game is handled by Rabbit & Bear Studios, a Tokyo-based studio, and Eiyuden Chronicle: Hundred Heroes is led by Yoshitaka Murayama (Suikoden I and II veteran scenario writer), alongside series veterans Junko Kawano, Osamu Komuta, and Junichi Murakami. This is the first time the quartet would work together on a single game, plus it’d be the first occasion in 25 years that Murayama and Kawano would collaborate (the last time it happened was in Suikoden, which launched in December ’95 in Japan on the PS1).

Would, as the team plans a Kickstarter campaign that will launch on July 27, at 4 PM UDT. Their goal will be 500K USD to hit the PC version, and a single stretch goal would cover the PlayStation 5, the Xbox Series X, and the Nintendo Switch version (and it there would be a new Switch by then, they’d develop it for that version). There will be a trailer as well when the campaign launches (this bunch of characters is written a day before it), so you might see the video below. 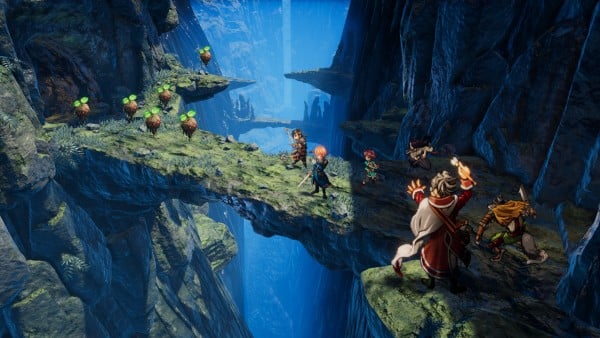 Murayama said the first thing they decided when their members came together was, ‘It’s about time we made a really interesting game that we want to make,’ – and they chose Kickstarter to make an interesting game with the players in mind, hold the rights to the planning, world, and story of the game, all while keeping the fun of the project. Murayama also told Gematsu that Eiyuden Chronicle is about war, or more importantly, the intention and feelings of the 100 heroes who fight that war from a variety of perspectives and for a variety of different reasons… and, of course, the drama that can only occur when a group of different people from different walks of life come together and must wage a war of life and death.

The many characters that participate in this war aren’t just pawns added in as ‘war fodder,’ they have a living breathing soul and begrudgingly must fight to protect the things they believe in. Additionally, there are non-combat specialists, researchers, and other ‘heroes’ on the periphery that can help win battles or lose them. Every one of them is a living breathing character that the player gives life to through their choices. 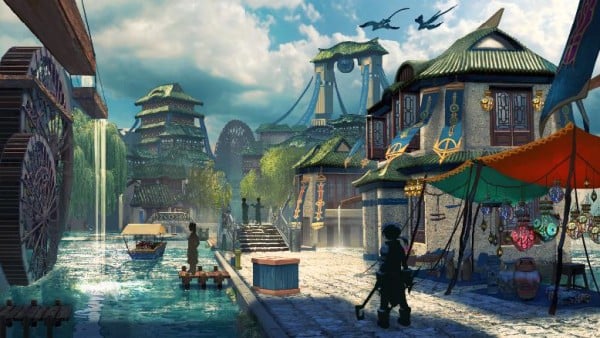 Some characters are good are some things and bad at others, but if you combine them with other characters that can strengthen their weaknesses, you can end up with a balanced team. And based on that delicate balance your team make be more apt at mining or adventuring which will affect the overall game progression loop. One of the core game loops in Eiyuden is to experience the wide variety of different characters and personalities in your 100 person army.

With each new character, your ‘fortress town’ grows in size and ability. It is a key system in the game. As you increase your teammates, some members will be blacksmiths, some chefs and whether on the battlefield or not, each character will play a role in strengthening your resolve as an army. There are guilds that you can join which will largely change the visual make-up of your fortress town and grant different abilities. The more people you recruit, the stronger the snowball effect. As you level up, new trade options appear along with enemies and thieves that randomly attack your town to impede your progress. You need to make choices on whether to strengthen your walls or hasten your progress. Each choice will make every play session feel different and have its consequences… and Murayama says this is the tip of the iceberg. 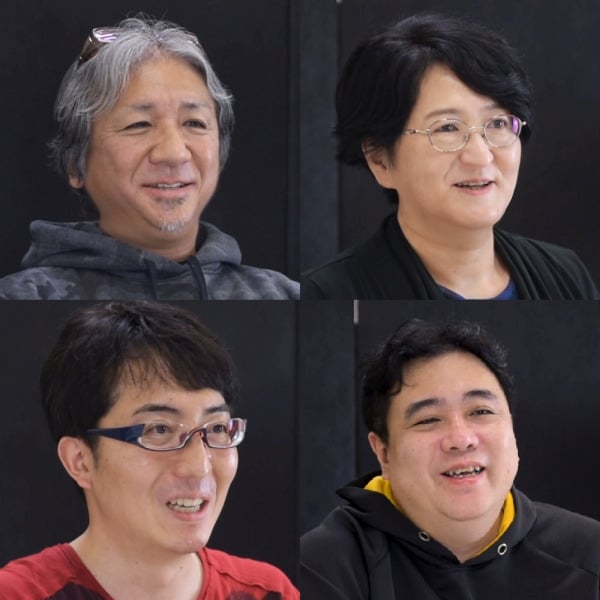 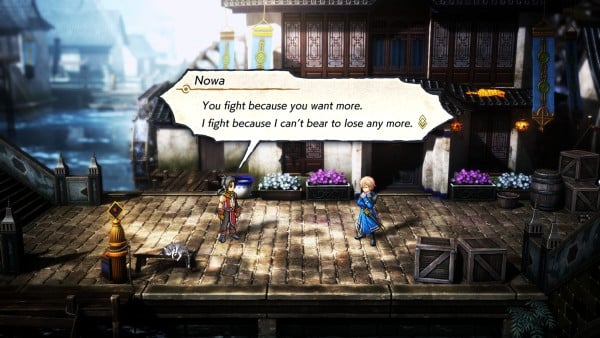 Rabbit & Bear Studios was founded on March 26 by Yoshitaka Murayama, asking the age-old question: „what do gamers want?”, and it’s something that the creators must never forget: they have to continually focus on giving the fans the experience they want. Perhaps this is why Eiyuden Chronicle: Hundred Heroes will be an ode to the classic Japanese RPG genre from the PS1 era that will feature classic JRPG exploration and battles in high-resolution 2.5D graphics, pixel-based characters, a story of war and friendship, a diverse cast of 100 unique heroes to join the protagonist’s endeavour, and a fortress building system to grow their army.

The battles will be turn-based with parties of up to six members, and they will feature dynamic boss battles that change the camera angle and rotate depending on the environment. The game’s story is handled by Yoshitaka Murayama (Suikoden, Suikoden II, The Alliance Alive), the character design is by Junko Kawano (Suikoden, Suikoden IV, Arca Last), the system design and direction is by Osamu Komuta (Suikoden Tierkreis, Suikoden Tactics, Arca Last), the art direction and production is the work of Junichi Murakami (Castlevania: Aria of Sorrow, OZ), and the composers are Michiko Naruke (Wild Arms series) and Motoi Sakuraba (Tales of series). 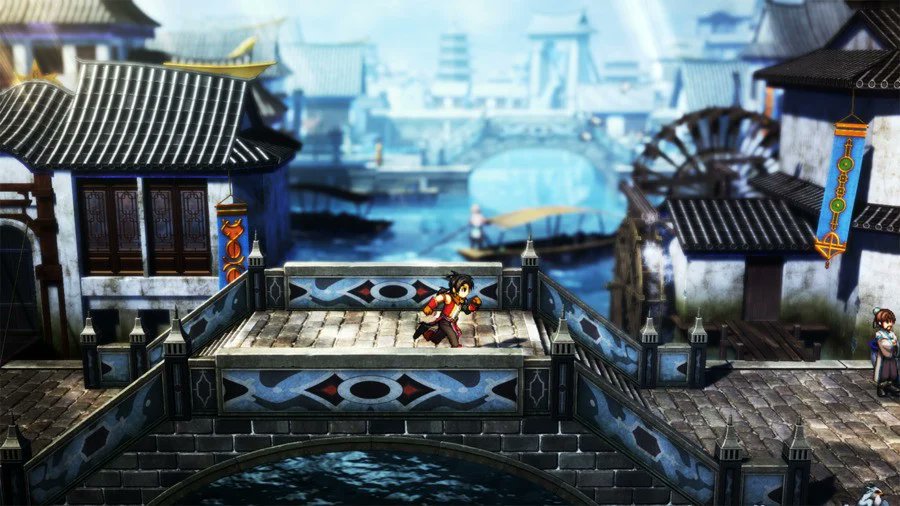 It’s set on the continent of Allraan, featuring a tapestry of nations with diverse cultures and values. By dint of sword, and by way of magical objects known as rune-lenses, the land’s history has been shaped by the alliances and aggressions of the humans, beastmen, elves, and desert people who live there. The Galdean Empire has edged out other nations and discovered a technology that amplifies the rune-lenses’ magic. The Empire is scouring the continent for an artefact that will expand their power even further. However, on one such expedition, Seign Kesling, a young and gifted imperial officer, and Nowa, a boy from a remote village, meet each other and become friends. A twist of fate will soon drag them into the fires of war, and force them both to reexamine everything they believe to be right and true. 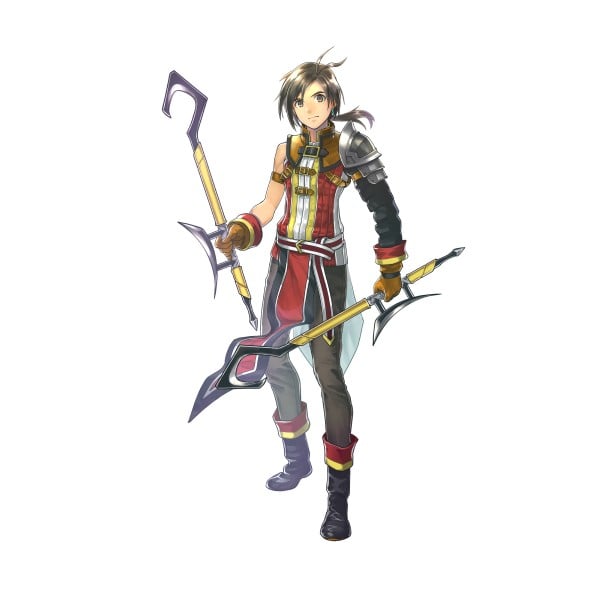 Nowa (who will be the main character we control, as we will get to change his name) joined the League of Nations’ warriors from a remote village to participate in a joint expedition with the Galdean Empire. He finds an ancient rune-lens, and his discovery breaks out the war between the League and the Empire. This is when he becomes part of the League’s border guard. He attacks before he thinks, but his heart is in the right place. 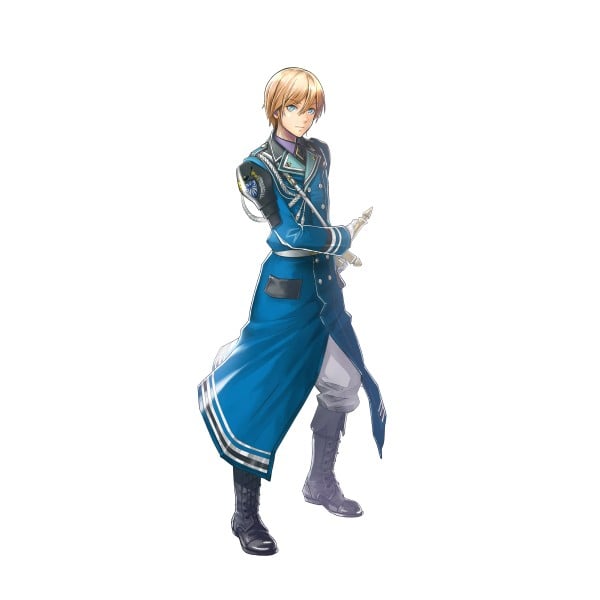 Seign Kesling is the second-born son in an imperial family (in the Galdean Empire), but his brother died on the battlefield. He gets good grades at the military academy and is leading an expedition to find the rune-lens. He meets Nowa and befriends him. His strategic mind is often confused for a cold heart. 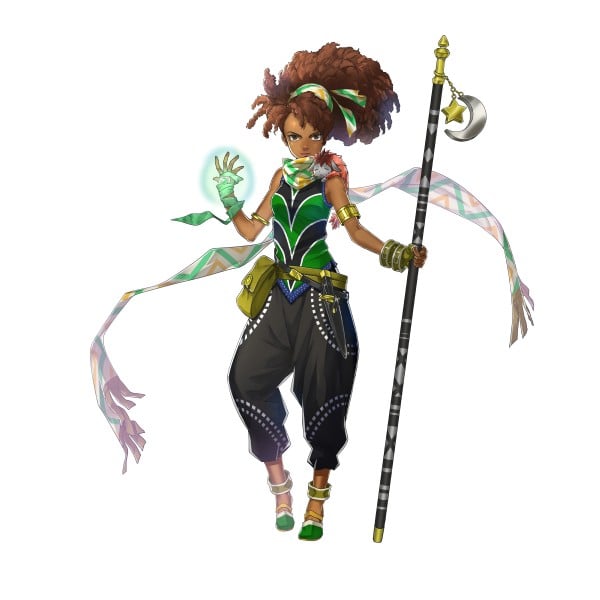 Marisa is a young (16-years-old!) member of the Guardians, who hallows and protect the forest. However, they respect the outside world’s culture and technology, even integrating things they support. They use the rune-lenses in a unique manner, which is why both the Empire and the League want them to choose their side. 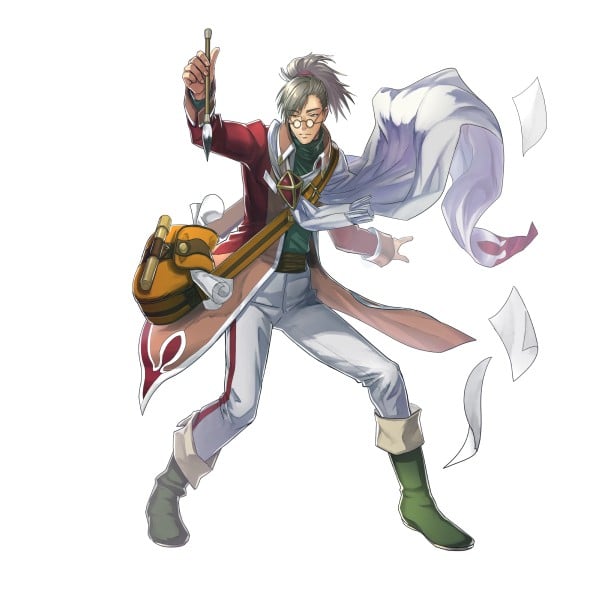 Melridge is a young scholar specializing in natural history – he wants to know everything, and he is also a great tactician… however, he considers wars as entirely pointless. 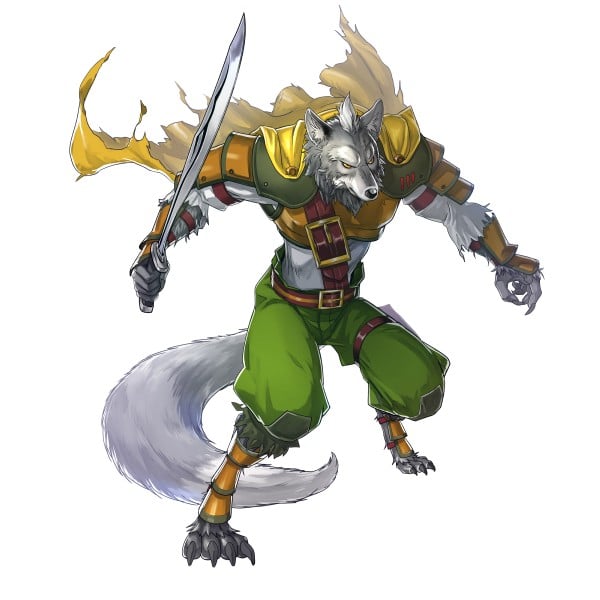 Garr is a veteran beastman warrior, living with his clan as mercenaries. They have experience and brutality, and having as many beastmen in your team as possible could help… but they might face each other on the battlefield as they are hired one by one. 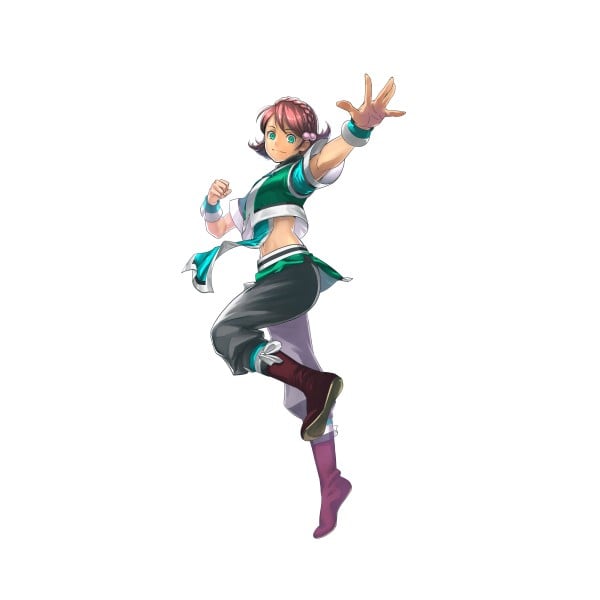 Lian ran from her martial arts dojo home when the Empire invaded the League’s lands without a plan. She ran until she found the biggest town, running into Nowa. She learned roundhouse kicks before walking. But not as early as Chuck Norris did. 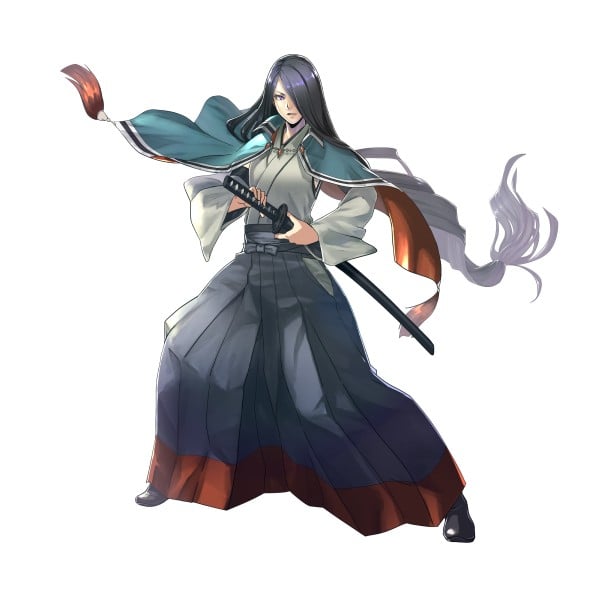 Mio is a stoic swordswoman who barely speaks but when she does, she is straight to the point. People call him sensei for it, although she does tend to have those „derp” moments.