Jim Ryan, the president and CEO of Sony Interactive Entertainment (SIE) might be a little annoyed as his dream of a simultaneous global launch isn’t happening.

We already mentioned the pricing of the PlayStation 5 Standard Edition and the PlayStation 5 Digital Edition yesterday, but since then, we received a few other details regarding the launch, such as the list of first-party launch titles:

Even if the US pricing doesn’t include tax, it’s noticeable how Europe pays ten euros more for the games, also confirming that Sony is also highly considering to jack up the AAA titles’ prices to 70 dollars, making it a possible new standard for such games. Now comes the list of accessories available at launch:

However, the accessories are not differing in pricing, which is a usual thing, but it does confirm that Sony wants to gain more money in Europe via game sales. A quick recap of the PlayStation 5’s hardware: it has an x86-64-AMD Ryzen Zen 2 CPU with 8 cores and 16 threads, plus variable frequency, up to 3.5 GHz. The GPU will be AMD Radeon RDNA 2-based with ray tracing acceleration and variable frequency, up to 2.23 GHz (resulting in 10.3 TFLOPS computing performance). The console will pack GDDR6 memory, and 16 GB of it, capable of 448 GB/s bandwidth. The SSD will offer 825 GB storage room, and its raw read bandwidth will be 5.5 GB/s. The PlayStation 5 Digital Edition will not have an Ultra HD Blu-ray drive, but the PlayStation 5 Standard Edition will include one, supporting 66 GB / 100 GB discs, with the following speeds: ~10x CAVBD-ROM (25 GB / 50 GB), ~8x CAVBD-R/RE (25 GB/50 GB), ~8x CAVDVD. In other words, the older Blu-rays and DVDs will have 8x speed. The console will come with an HDMI out port, supporting 4K 120Hz TVs, 8K TVs, and VRR (specified by HDMI ver. 2.1). The audio will be handled by the PlayStation 5’s Tempest 3D audio technology.

According to SIE’s statement, both versions of the PlayStation 5 will launch on November 12 in the United States, Japan, Canada, Mexico, Australia, New Zealand, and South Korea. The rest of the world can expect it on November 19. The price rumours weren’t off – think of the numbers 499 and 399. You can see the packaging below. 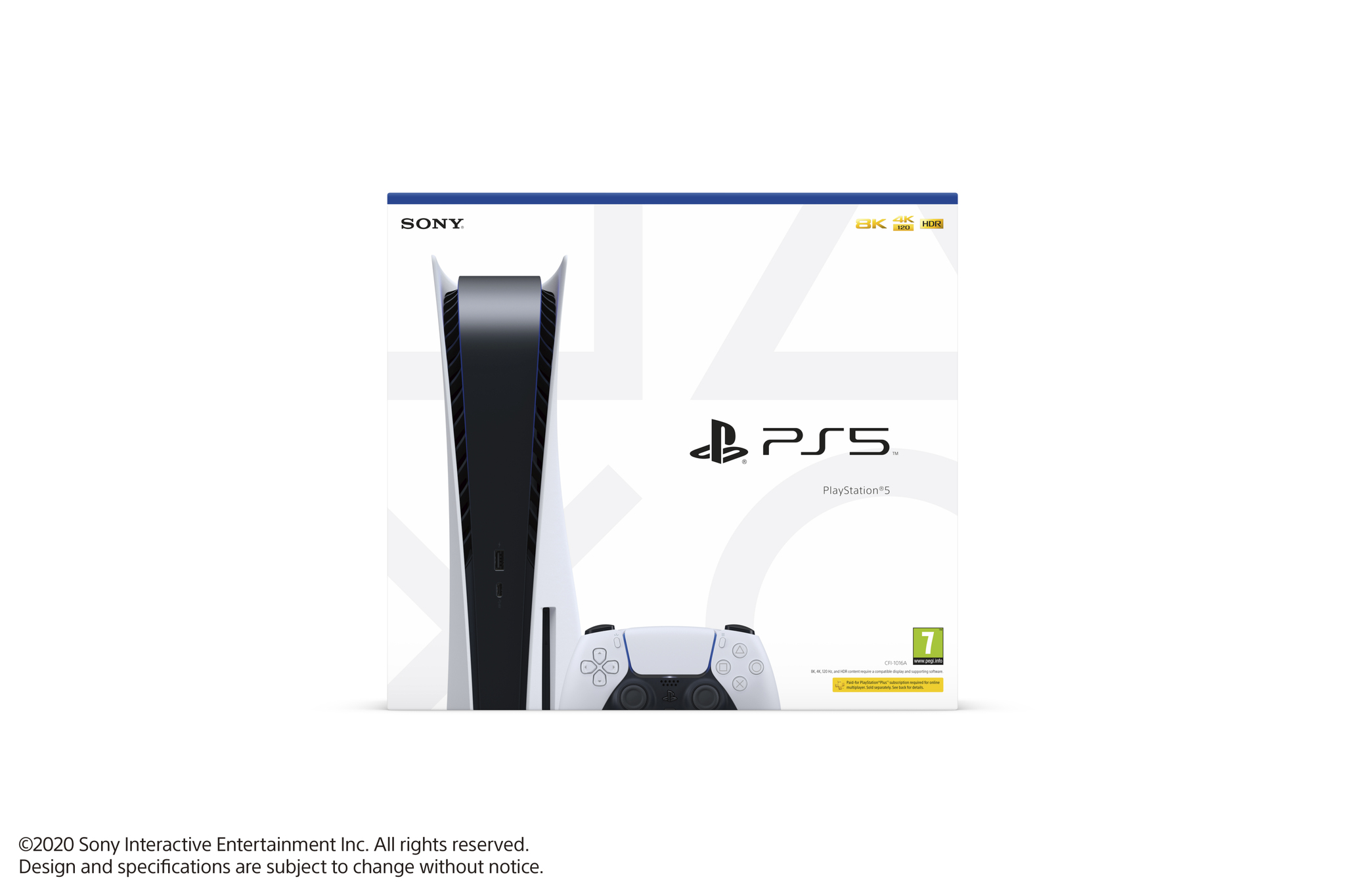 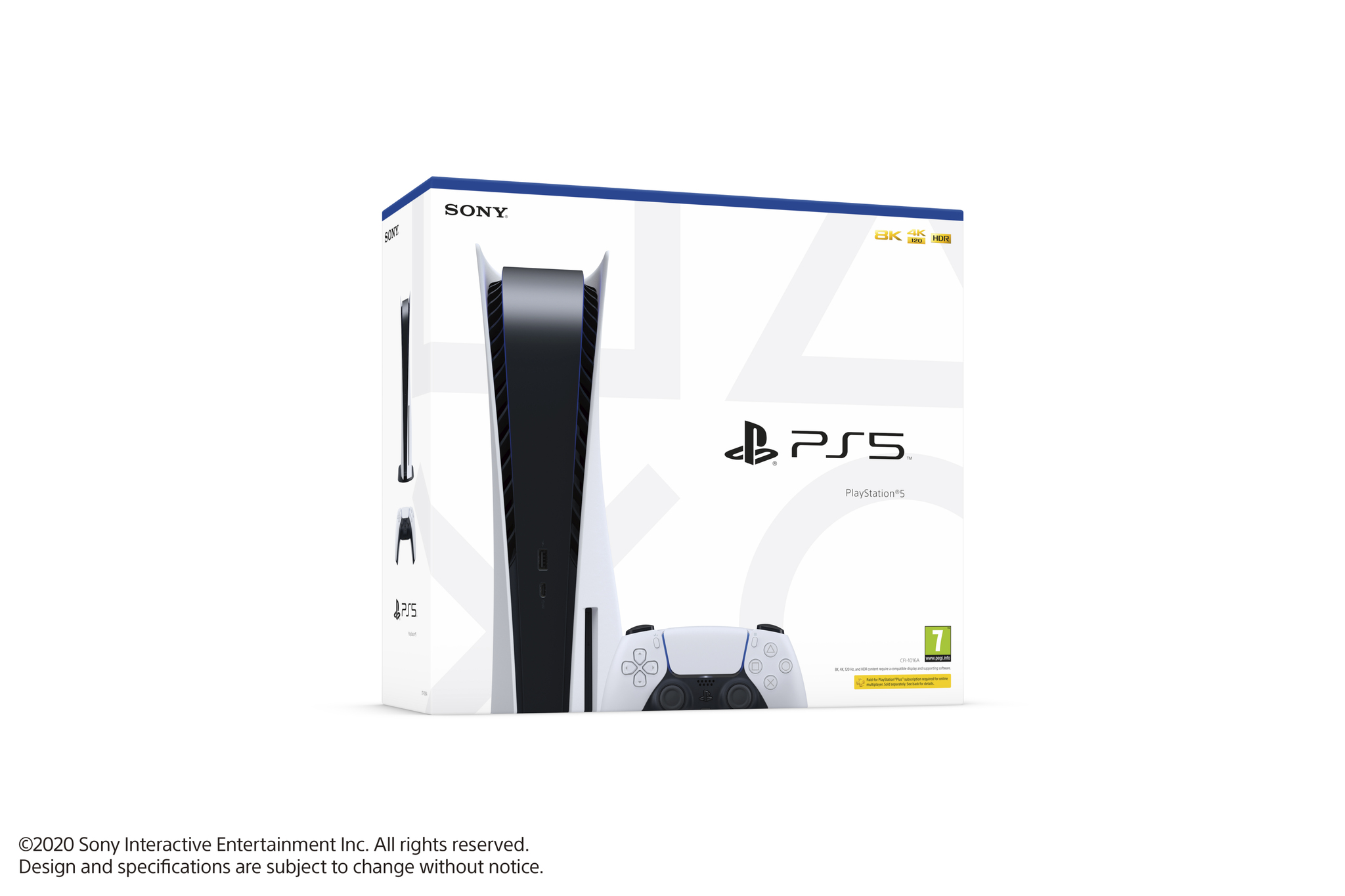 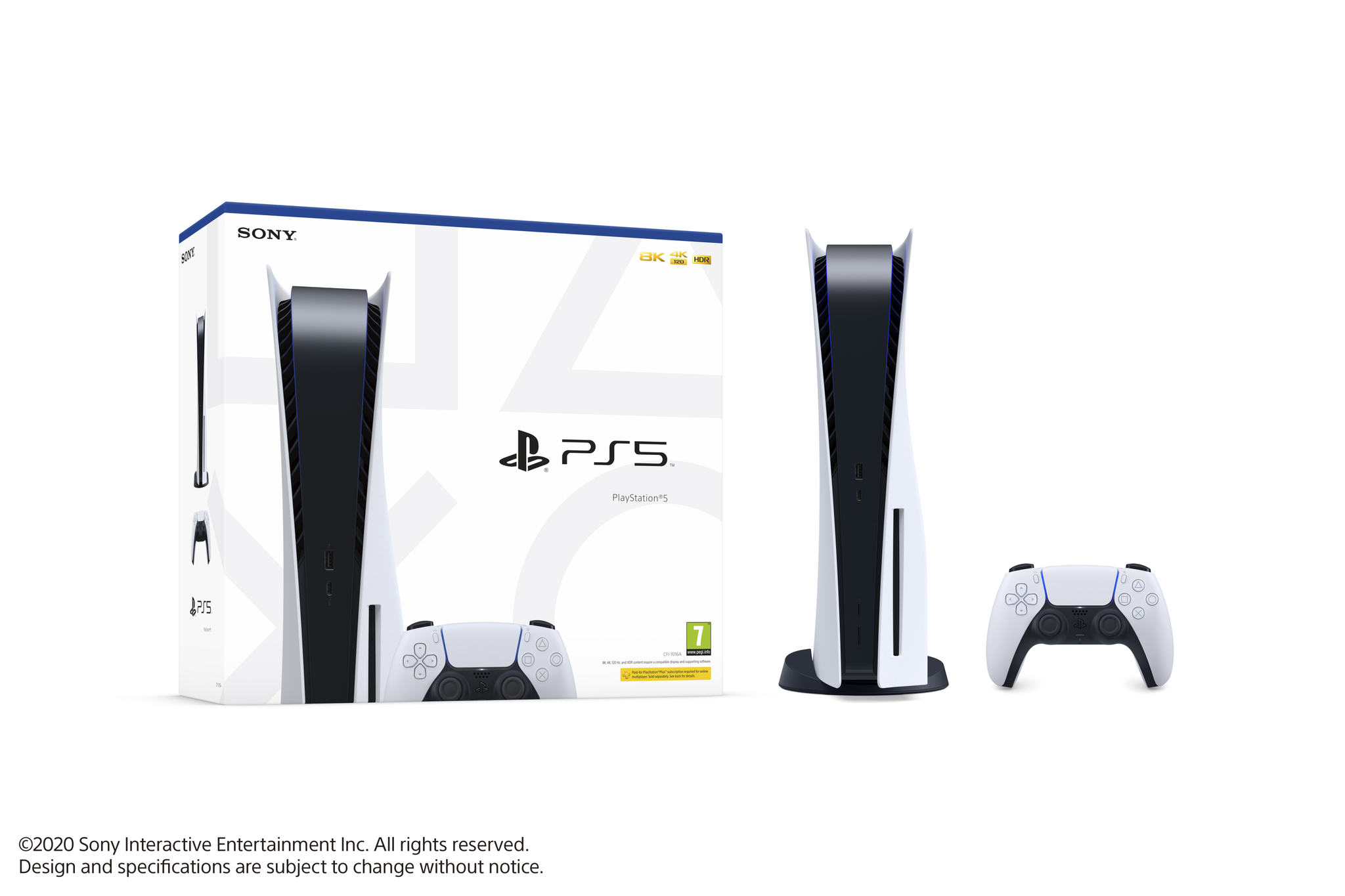 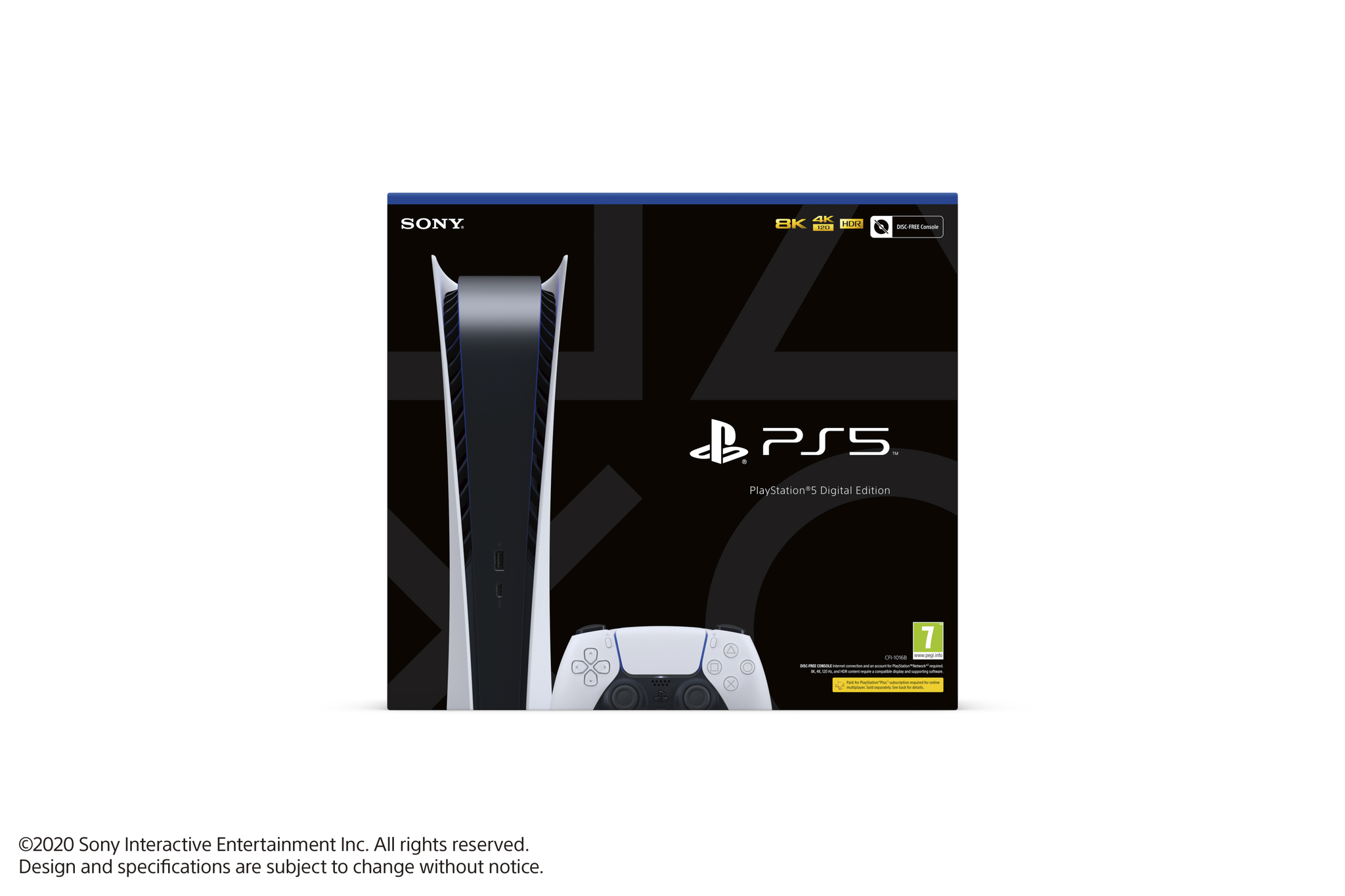 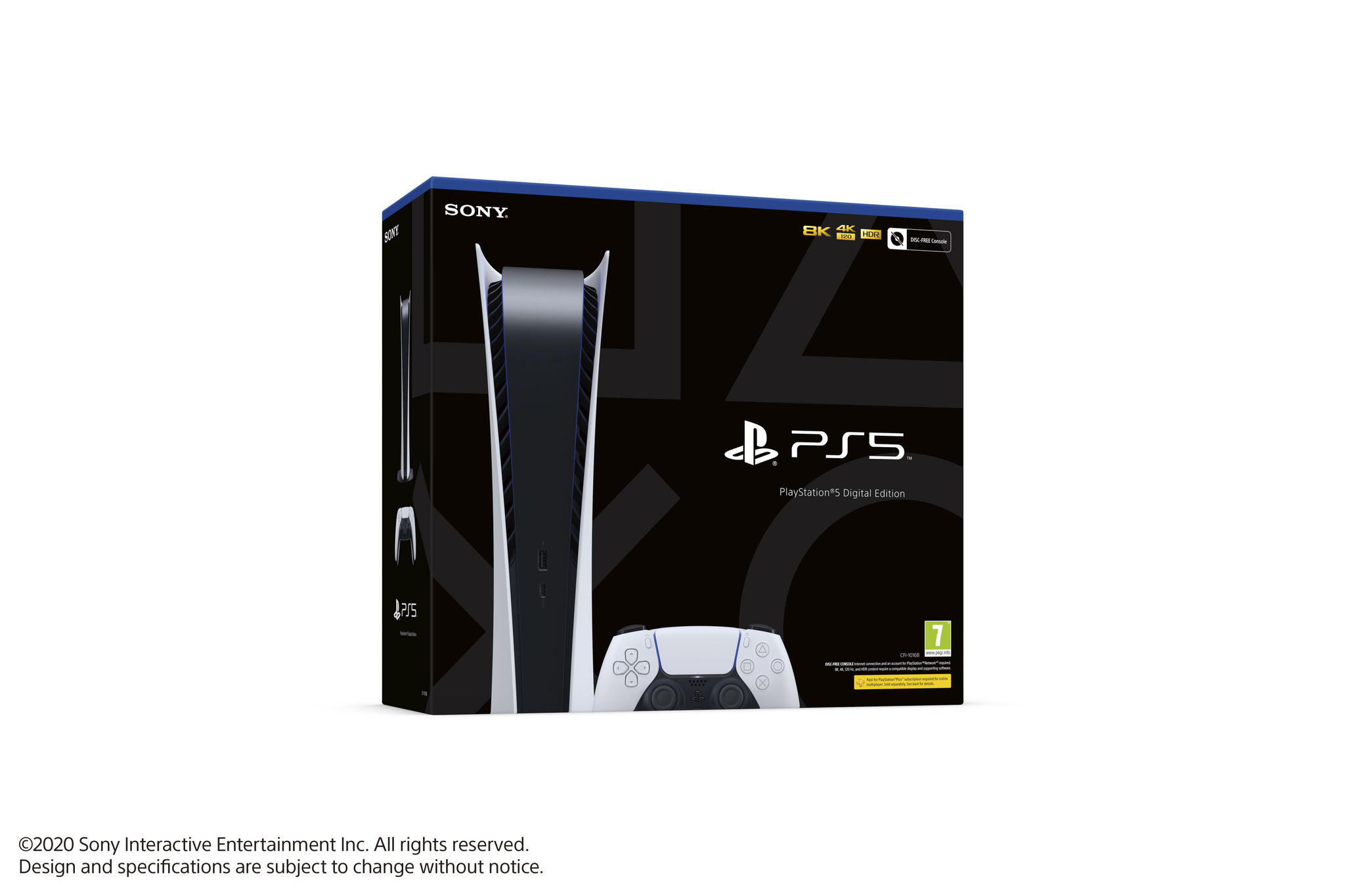 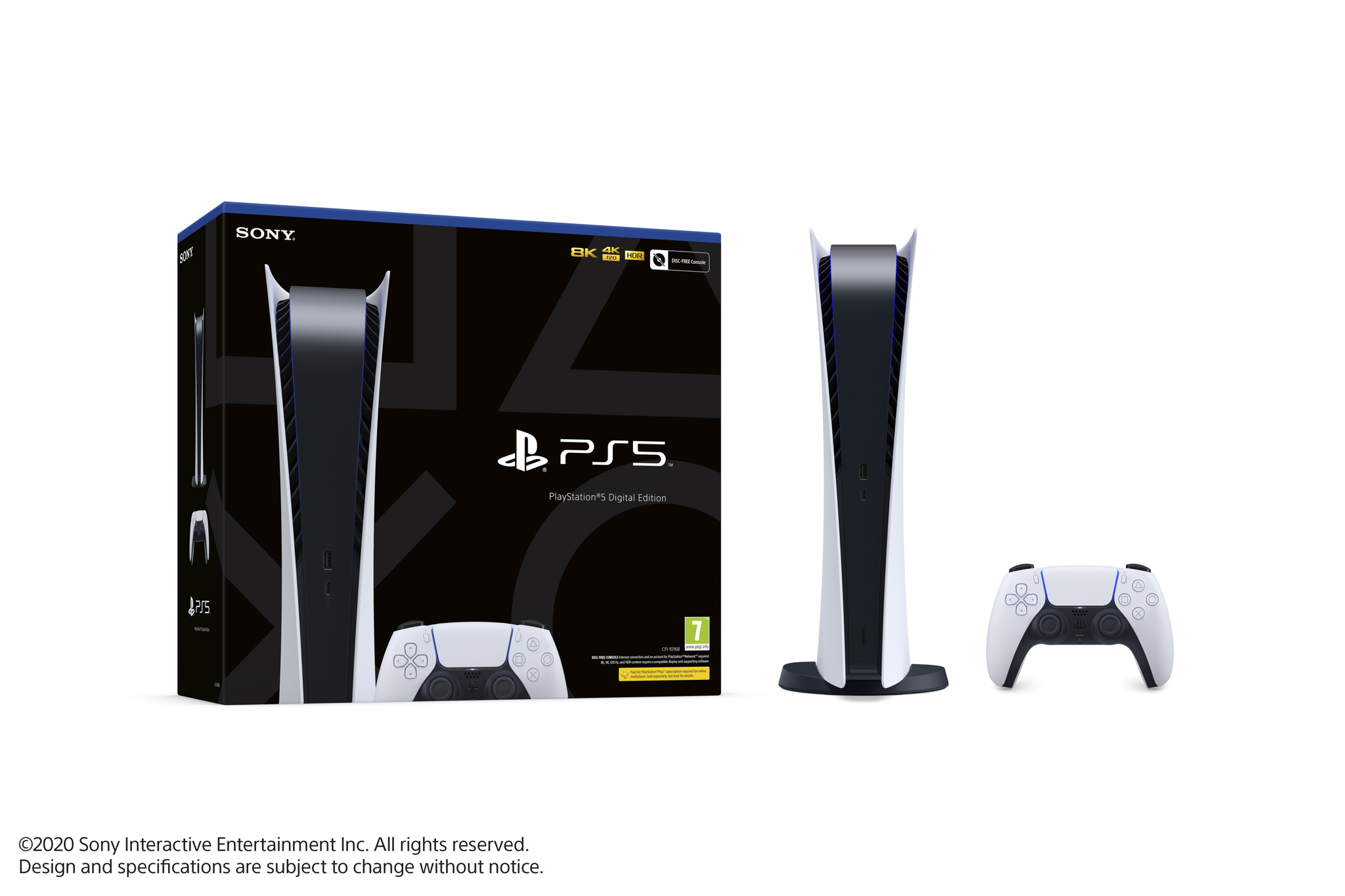