Even though it comes a bit late compared to the PC original, Angry Demon Studio‘s game is still heading to consoles.

Apsulov: End of Gods was released in August 2019 on Steam, and it was a recipient of the Epic Mega Grant and won DreamHack’s Best Horror award. Now, it’s heading to PlayStation 5, Xbox Series, PlayStation 4, Xbox One, and Nintendo Switch. Perp Games will handle a physical PlayStation 5 and PlayStation 4 version, and all copies will include the downloadable soundtrack and art book.

„We worked incredibly hard to create a rich, atmospheric world, and the response we’ve had from PC players is a great source of pride for us. It’s always been our aim to bring the game to consoles, so we’re thrilled that it’s finally happening and console owners will soon get a chance to discover the secrets of Yggdrasil for themselves,” said Angry Demon Studio CEO John Kalderon in a press release.

Here is an overview of the game, via Digerati: „Apsulov: End of Gods is a future Viking horror and science-fiction adventure unlike any other. The humans dug deep below the earth to find the mercy of the gods. What they found was never meant to reach the surface. Not on Midgard, nor any of Yggdrasil’s realms. You wake in a facility built to research the worlds of Yggdrasil.

Survive lurking dangers as you journey through a world of technology and mythological artefacts, where chaos rules over the human realm. It is in this chaos that you find your purpose and destiny. […] Explore a nightmarish sanctuary of futuristic technology and Norse mythology. Experience a first-person horror in uniquely atmospheric environments. Master otherworldly artefacts and the secrets of Yggdrasil. Play in 4K HDR on Xbox Series X|S, Xbox One X, PlayStation 5, and PlayStation 4 Pro,” Digerati wrote.

Apsulov: End of Gods will launch this summer on PlayStation 5, Xbox Series, PlayStation 4, Xbox One, and Nintendo Switch. 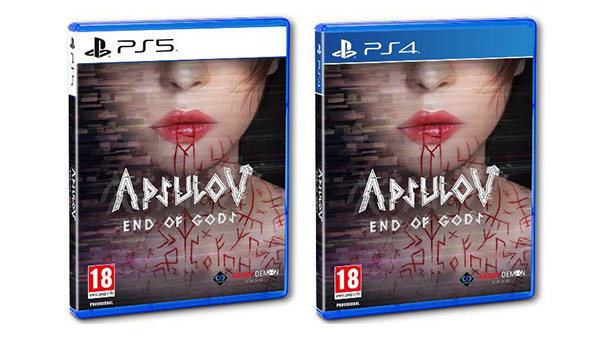