Microsoft Flight Simulator tested in this comparison of Xbox Series X | S and PC Does it fly well on console? [VIDEO] 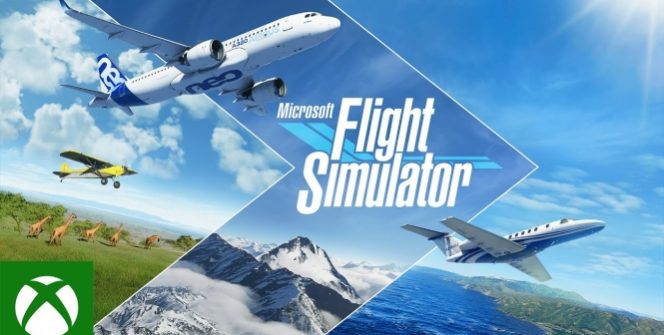 Microsoft Flight Simulator is now available on Xbox Series X and Xbox Series S , and there have been few players who have already taken to the skies to release the console port . Or, at least, that’s what the game servers denoted yesterday afternoon. The fact is that Asobo Studio‘s flight simulator has landed on consoles after a year-long flight through computers around the world, astonishing gamers with its photorealistic graphics and a precise recreation of the entire world to roam freely. How does all this look on consoles?

Well, for those who have doubts about the quality of these ports, The Bit Analyst has carried out a complete video comparison of Microsoft Flight Simulator between PC and Xbox Series versions. The PC version runs on an RTX 3080, with the maximum settings, and all of them have been run with an internet connection, to take advantage of the functions in the cloud. That said, the channel quoted states that MSFS runs at 1440p on Xbox Series X and 1080p Xbox S Series. In both cases it is limited to 30 FPS except on screens with VRR.

On this, The Bit Analyst affirms that the version of Series X “approaches the highest PC configurations” , with the same drawing distance, while in Series S the distance is less. Despite this, the game presents a “slightly higher” quality on PC in clouds, reflections and certain textures. Regarding the speed of the memory, the loading times when starting the game are lower in Series X, although Series S is almost twice as fast to start the flight, probably due to its lower graphic load.

It also indicates that, in the console versions, the framerate shows stuttering in the more detailed cities, with the most appreciable drops in Series X. Despite this, the channel qualifies the port as a success in general terms: assurance that Asobo Studio has done a great job. ” Microsoft Flight Simulator is now available on Xbox Series X | S, included with Xbox Game Pass, the subscription service that currently offers its first month for only 1 euro. If you want to know what this game offers, we leave you with the analysis of MSFS on PC.