Tim Schafer, known for his work in the adventure game genre, talked about how Microsoft acquired Double Fine in a new interview with Gamesindustry.

Tim Schafer’s work cannot be ignored in the genre (The Secret of Monkey Island, Day of the Tentacle, Grim Fandango… Psychonauts), and since June 2019, Double Fine has been part of Xbox Game Studios. However, he admitted that it wasn’t necessarily part of his plan: “Acquisition was not something in our plans. I always wanted to be open to it. We’ve always maintained all of our intellectual properties at Double Fine, and we invested in our tech for the first many years of our development. […]

There’s been a lot of investment money going around in games the last five years. There’s been a lot of talk of investment from overseas, and we were getting interested in what we could do if we had some funds, what we could do for the game and how we could invest in and grow the studio. That just led to us talking to everybody, and we talked to Microsoft. But they don’t make that kind of small bets; they only make considerable commitments to whole studios.

So an acquisition wasn’t on the plan. Still, when we heard about their philosophy starting with the Acquisition of Mojang — how they’ve had success by acquiring but not absorbing companies, not interfering with them and letting them be creatively who they are — that’s worked out and been successful for them, and that seemed appealing to us,” Tim Schafer said.

He also mentioned how Psychonauts 2 hadn’t received any “higher-up change requests” during its development: “We’ve been given so much creative freedom now. Nobody has probed Psychonauts 2 to second guess our decisions or anything like that. We’ve been trusted to handle the creative side completely, but we can opt-in to all these resources, like testing it for accessibility and mental health checks. We had the resources but were left creatively to our own devices. And that’s been great.”

It sounds good. The Xbox exclusivity is somewhat of a price to pay, but in return, Microsoft is effectively giving the devs a blank check to work with. 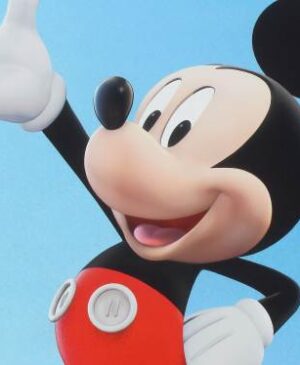 Could Disney Lose the Copyright…