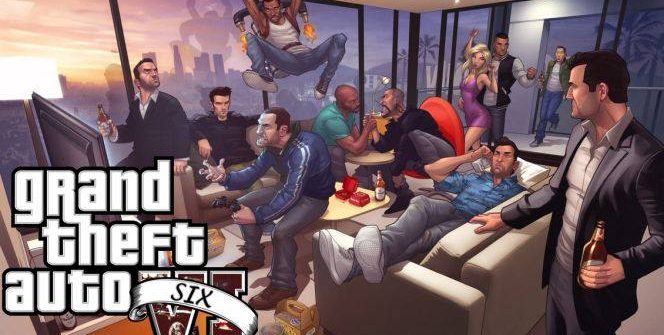 Which we can say with just as much confidence is in the pipeline as the next Call of Duty (which has already been in the news today). A video has been translated on NeoGAF, in which someone called Chris Klippel said that the development of the sixth Grand Theft Auto is “a big mess. I can tell you it has been confirmed to me – and I can’t go into details – to date, it is Rockstar’s most chaotic project since its creation.”

It could be argued here that Grand Theft Auto IV and Red Dead Redemption 2 had a similarly bumpy road from starting as a concept to ending up in the players’ hands. Still, Rockstar Mag’s correspondent says that compared to the situation with Grand Theft Auto VI, the two games just mentioned should be treated like nothing. He added that the problems arose on the scenario level, with multiple changes to the characters, narrative, setting and the map. Rockstar has reportedly tinkered with the ideas several times since 2014, and in 2019 it completely rebooted Grand Theft Auto VI… which was supposed to be revealed in spring 2020. Ouch!

And then there’s a French video about Red Dead Redemption. Rockstar Games is reportedly not only working on Grand Theft Auto: The Trilogy – Definitive Edition, but may also make a new version of the first Red Dead Redemption, but we’ll have to wait quite a while for that, as the video suggests that release won’t be anytime soon. For that reason, it’s probably best not to speculate whether there will be an engine change here (the PlayStation 2 Grand Theft Auto triple overhaul is also moving to Unreal Engine 4).

It should be pointed out here that this is not yet official, but it’s safe to say that in the case of Grand Theft Auto, the studio (and publisher Take-Two) seems to be afraid to innovate.