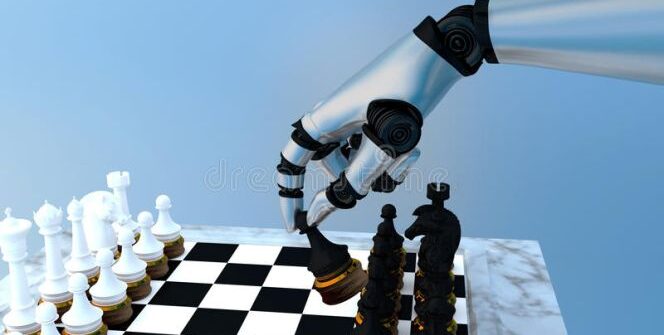 TECH NEWS – Who would have thought that chess could be a dangerous sport!?

The Moscow Chess Open was held in Moscow between July 13 and 21. One of the players was a young player from the Moscow Chess Federation. The seven-year-old child was in a hurry: his opponent, a robot, had just knocked out one of his pieces and was trying to make his next move, but he ran into a safety problem. The robot either didn’t complete its move or misinterpreted what was happening and routinely crushed the young player’s finger, according to the Russian news agency TASS.

Although the young player was able to finish the tournament after receiving proper medical attention, his parents are reportedly preparing to file a complaint with the local prosecutor’s office. In the tweet below, you can see a video of what happened. The source of the video is the Telegram channel Baza. It shows the child moving his piece before the robot had finished its movement and thus reacting by striking the finger. Onlookers quickly rushed to the child’s aid, and the situation was resolved in seconds, but the finger had already suffered the damage.

“The robot broke the child’s finger – this, of course, is bad. We rented the robot. It has been exhibited in many places with specialists for a long time. The operators overlooked it. The child made a move, and after that, we needed time for the robot to answer, but the boy hurried, and the robot grabbed him. We have nothing to do with the robot,” Sergey Lazarev, president of the Moscow Chess Federation, told TASS. And his deputy, Sergey Smagin, told RIA Novosti that the robot had been playing chess for about fifteen years and was such a rare event that he recalled that it had never happened before.

We have to live with a pretty bad joke here, but it might still hold up: you could say that the chess robot essentially checkmated the kid’s finger.