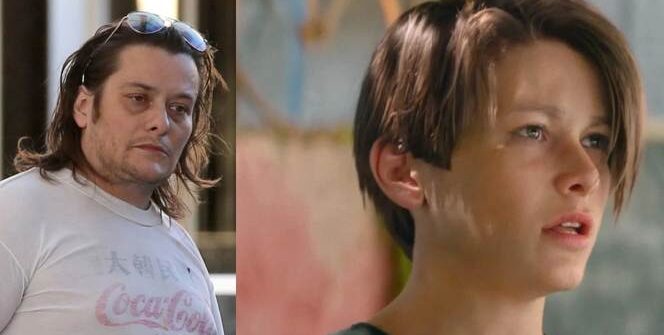 When Terminator: Dark Fate hit cinemas back in 2019, fans were excited to see Edward Furlong return as John Connor, alongside Arnold Schwarzenegger and Linda Hamilton.

We now know that Furlong’s return as John Connor did not go as the public had hoped.

The character (SPOILER!) disappears after the film’s early scenes, thanks to a body double who uses a teenage lookalike of Edward Furlong. Many long-time fans of the franchise were so put off by this that they were utterly discouraged from watching the rest of the film. The hype of Furlong’s return, only to have the character written out of the story in this way, was seen by some viewers as a bait and switch and was heavily criticised by both filmgoers and critics.

In an interview with Alex Lebya on YouTube, Edward Furlong opens up about what happened on the set of Terminator: Dark Fate. He is not quite as critical of the scene as fans, as he was still recovering from severe drug addiction and was not physically ready to star in an action movie.

“I understood it, because it was right when I first got sober.”

“So, I understood sort of what my life decisions had brought me to at that point. And I really wasn’t in a place, when they were making that, that I could have done that. I mean, I was busy doing a lot of heroin.”

When Terminator 2: Judgment Day was released, there were no plans to make any more Terminator films. That all changed when filming began on 2003’s Terminator 3: Rise of the Machines, in which Arnold Schwarzenegger returned as a new Terminator. With Furlong’s drug problem flaring up at the time, he was not considered for the role of John Connor, so Nick Stahl replaced him in the sequel. The character has since been played by Christian Bale and Jason Clarke in other Terminator sequels.

Although Edward Furlong understands that he could not have played the lead in Terminator: Dark Fate, he says he still felt bad about killing off his character. He realised how popular Terminator 2 had always been and observed with fans how excited people were to see the return of the original John Connor after other actors had taken turns in the role.

“Personally, I thought, ‘This is not going to go over well.'”

“I kind of figured, with the fan base, because I knew that Terminator 2 is such a big thing, and when they said I was in it, people came up and said, ‘I’m so glad you’re in the movie!’ It was kind of like, after all the different John Connors that have played it, and I messed up, I kind of got back what I felt like was rightfully mine. So, it was nostalgic. Would I have loved it if I got to be in a new Terminator and did the whole movie and made more money than I did, and probably still be making money? Yeah, that’d be awesome. That’d be really awesome.”

The good news is that Edward Furlong has put his acting career back on track after overcoming his addiction. He announced in July that he had been clean for four years. Furlong has even finished shooting his next film, Charlie’s Horse, from director Brad Keller. Let’s hope this is just the beginning of his career resurgence, with many more roles to come.