Quantum Break Gets A Steam And Physical Release Quantum Break will receive a Steam and a physical collector’s edition, and the Microsoft/Remedy duo will launch them on September 14 for a lower price!

Quantum Break, which will cost 40 dollars, will work on Windows 7, 8, and 8.1, according to Remedy‘s Twitter post. This version will include all updates as well. (But not DirectX 12, that seems to stay as a Windows 10-exclusive, so the Steam/disc version will likely use DirectX 11.)

The physical version will be handled by Nordic Games, who have helped Microsoft and Remedy in 2012 already with the disc edition of Alan Wake. The Timeless Collector’s Edition will include five DVDs (although the image shows six…), a „Making of” for the game and the book, a quick guide to learn the basics, a soundtrack CD, and two posters. The price is 40 dollars.

Previously we have reviewed this game – read more here.

To clarify, the Steam and retail version of @QuantumBreak run on Windows 7 and up (64-bit). #quantumbreak 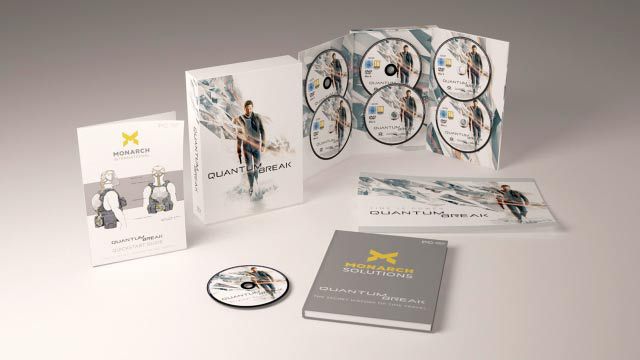