MOVIE NEWS – After waiting in development for like ages, the Queen biopic now entitled Bohemian Rhapsody is finally moving forward. The actor starring the iconic Freddie Mercury will be none other, then Mr. Robot and Until Dawn PS4 game star Rami Malek, with Bryan Singer entering negotiations to direct. 20th Century Fox and New Regency have now picked up the pace and the project, with Graham King’s GK Films producing, they fastened up the production.

According to Deadline Anthony McCarten (The Theory Of Everything) wrote the latest version of the screenplay, which had seen several version during the years. The project was originally set up at Sony Pictures with Sacha Baron Cohen supposed to play Freddie Mercury. He had been attached to star as Freddie Mercury for six years, but left the project in 2013, because he had disagreements with the surviving Queen members, who wanted a softer, “family-friendly” movie, while Cohan wanted a lot more realistic flic. Sacha Baron Cohen actually revealed in interviews that he left the project because he wanted to make an R-rated movie that explored the singer’s homosexual lifestyle. No details are given about the Anthony McCarten’s version of the script, or how it has changed from the previous incarnations., but the band wanting to make it a family-friendly tale, it’s probable, that Mercury’s sexual preferences were left out. Original Queen members Brian May and Roger Taylor are still involved in the project, serving as music producers.

Bryan Singer a not long ago directed the superhero sequel X-Men: Apocalypse before taking on this Queen biopic. He is also developing 20,000 Leagues Under the Sea for 20th Century Fox, but it isn’t clear when that may move forward. Aside from The Theory of Everything, Anthony McCarten has written director Joe Wright’s upcoming Darkest Hour, starring Gary Oldman, and a pair of films for director Justin Kurzel, The Siege and Haven.

Rami Malek, who won an Emmy for his portrayal of Elliot Alderson on USA’s Mr. Robot and who played Joshua, a troubled youngster in Sony’s horror-adventure Until Dawn, is currently filming the Papillon remake alongside Charlie Hunnam. Hopefully we’ll find out more about Bohemian Rhapsody in the very near future. 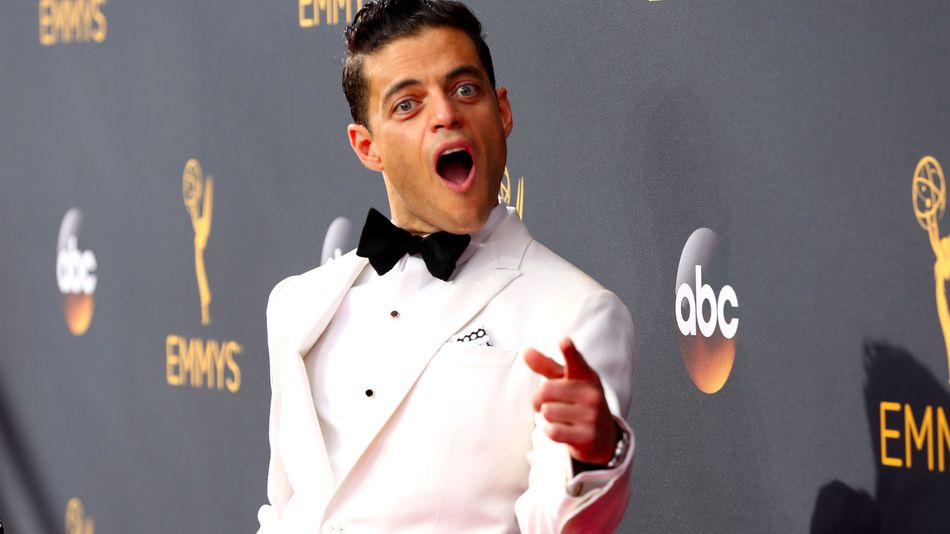