Astroneer – Beyond No Man’s Land PREVIEW – 2016 was a hectic year for Indies. Most of them were good, and there were even some high profile epics that either shook the foundation or made us doubt the whole:”Indies are always weak and need protection from the big bad corporations.” We got Nuclear Throne, Enter The Gungeon, Inside,  and finally the great god of indies, and huge promises No Man’s Sky. Now near the end of the year, we are getting one last indie game that might be something that No Man’s Sky should have been.

It is still in early access, as it just launched two days ago, but the developers are already in shock as to how popular the game became on Xbox, and on PC. On Steam there are ten thousand players, and the Xbox early access is also in good shape. It seems to be taking the community by storm, and it might be one of the biggest hopes for indie development. After the crash and burn from all the hype, I was not exactly sure if I could take on another “Open World Scifi Survival game.” Here I am with bloodshot eyes after three or four hours of continuous play, typing down this preview as fast as I can so I can get back to my planet and chill with my Astronaut.

What is Astroneer and how has it got in its grip so much? Well, it is a straightforward and elegant game, it is a combination of Minecraft and No Man’s Sky. Only here there are no enemy alien life forms (yet), and our most dangerous enemy is the environment, and suffocating from lack of oxygen. As you drift through space, you finally land on a planet and can begin your base construction. Explore, gather, and just chill out. Oh, and it is chill from the beginning until the end. The game begins with the player being allowed to select an Astronaut (a skin primarily) and once selected the capsule with the player character will move toward a planet. From there on out we can free to roam as much as we like within a certain limit. The central hub is where we can expand our base. There are also multiple resources to collect such as power, oxygen, compound, lithium and much more that the player needs to survive.

However as of yet since this is an early access game in its earliest, I found the product to be entirely the most relaxing in 2016. You land on the planet, and the ambient music just kicks in, and you watch the sky, as the world slowly revolves around its sun and the moon around the globe you are on. 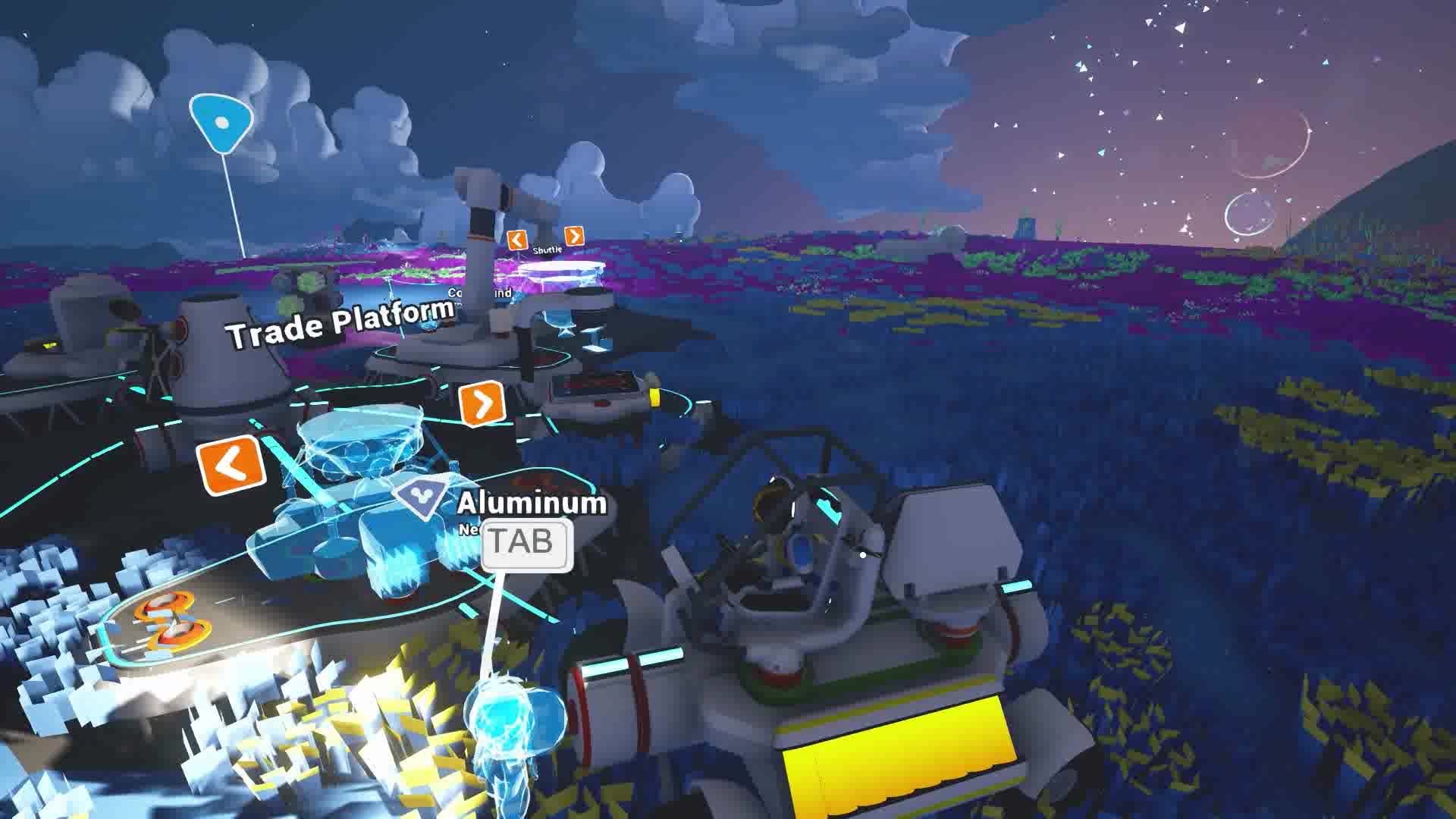 On the ground, we can collect resources with a giant terraforming vacuum cleaner. Our backpack can store items and can craft a limited number of items that we need for our survival. The most needed one is the tether pole, which will provide us with oxygen from the base, or from the vehicle by linking together a supply chain to our character. If we do not have a vehicle, or a tether pole near, well sooner or later we will suffocate due to lack of oxygen.

However not much happens upon death, we lose our items, but our character respawns at the main base. On the horizon, the dead body is pinned, and if we can reach it we can recover our gear and continue with our journey into the unknown… Or we can just mess around with the terraformer and try to get to the planet’s core, or go high into the sky as possible. The opportunities are limitless in this game, but only if we make a few safety precautions. Lets Science The Shit Out Of This!

While we can terraform, we also have the ability to 3D print buildings, vehicles, and even items. All we need is to have the necessary materials. We can also research items, and gear so that in the future we can leave the planet. If you have enough of everything, you can even build a space ship.

To complete research, you’ll need to venture into dark caves and recover alien plants, or other materials that are not on the top of the planet. Surviving in these caves require patience and lots of tethers. Inventory management and item building are key, especially in the early parts where not much is available to us. Our backpack can have additional oxygen tanks, and solar panels added, plus our vehicle once “printed” can also be customized.

Although there is the option to research, and build, not a lot of other options are available for our characters to do on the planet. Still, it is a lot of fun especially that this a pre-alpha version, and it also runs pretty sweet. Sadly there are some problems with this Early Access title, but most of them can be fixed in the long run. Frame rate issues, for instance, is one of them, and this only occurs if too many buildings and tethers have been built on the planet. Which in the end means that even the best PCs have a problem with running the game at times. The other main issue is the controls and inventory management. Both of these take time, especially when using the Terraformer gun.

Since this is version 0.2, and the developers have already announced patches and hotfixes for performance issues, we should be getting a more stable game at release.
To Infinity and Beyond!

Astroneer shows a lot of promise, and the development team has already provided a clear roadmap for the game’s future. This includes AI life form, more weather patterns, manual control of space vehicles, and even additional survival elements such as hunger. While Hello Games ruined their reputation, the developers are taking it slow, and even have features that should have been in No Man’s Sky. It is rough around the edges, but the game will promise four player co-op and many more activities to enjoy. Let us hope the developers can keep their promises, as we might have a new sensation on our hands.

Astroneer is shaping up to be a massive hit, and with the short amount that I have played it got its hooks in me. Cannot wait for the full release.

– Neglecting events, and quests for the game
– Too much automatization
– Empty worlds without AI life forms