Slightly Mad Studios is repeating itself…

With the first game, the game managed to get delayed a few (?) times, and it seems that the sequel got silently delayed as well: so far, the developers said the game would be out around September, but Bandai Namco’s preordering option shows Project CARS 2 would be out by „late 2017”.

The game will come in multiple formats. Quoting the press release from now on.

„LIMITED EDITION: Includes the full game, Sticker Sheet, Steelbook™, and the exclusive Japanese Cars Pack ([…]four cars from iconic Japanese manufacturers Honda and Nissan—two race cars dressed in distinctive liveries, one concept car and one road car), […] same RRP as the Standard Edition and will be available on PS4, Xbox One and PC only at GAME. (70 dollars, 60 on PC)

COLLECTOR’S EDITION: Includes all the elements from the Limited Edition, plus an Esport Live VIP Pass, an Art Book, a 1/43 scale model car of the gorgeous McLaren 720S (Diecast in an exclusive SMS-R Stealth Satin livery), the Season Pass and the Motorsport Pack DLC*. Available on PS4, Xbox One and PC. (160/150 dollars.)

ULTRA EDITION: […] Limited to only 1,000 copies, it includes all the contents from the Collector’s Edition except for the 1/43 scale model McLaren 720S which is replaced by a 1/12 Resin McLaren 720S (in SMS-R Stealth Satin livery). The Ultra Edition then adds a signed poster, an individually-numbered Snapback cap, and a McLaren Sketchbook – which is an official collaboration with McLaren that follows the development of the 720S (the successor to the 650S that launches McLaren Automotive’s Super Series into its second generation) from inception, through design, to engineering. The Ultra Edition is available on PS4, Xbox One and PC exclusively at Amazon. (430 on consoles, 420 on PC.)” 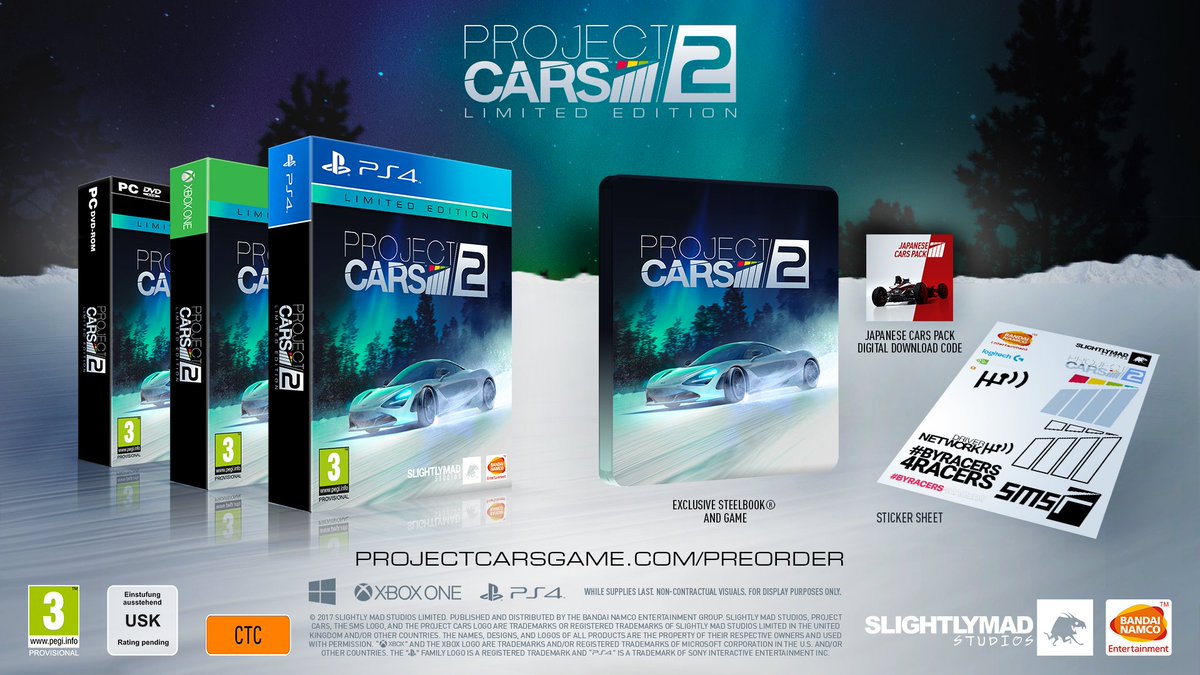 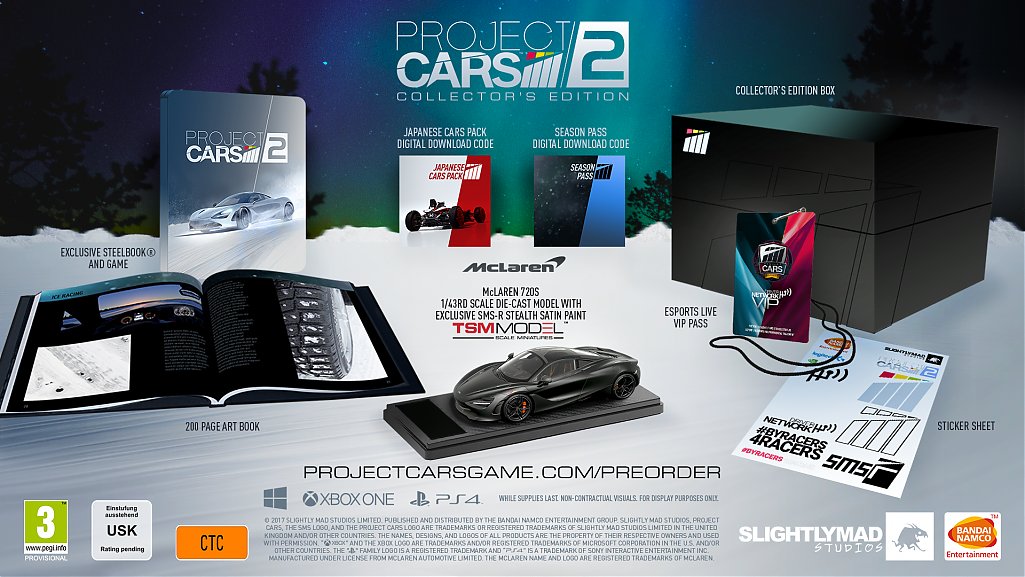