REVIEW – On paper, it sounded excellent: putting several Shonen Jump manga characters together into one game to fight each other, but the issue is that the whole idea’s execution has ruined the result, which means the game is far, far from what it could have been in terms of quality.

There are games which are so bad that I’d recommend you to try them. There are also games which are not worth your money (who loves being thrown off the server out of nowhere, randomly? Fallout 76 is a prime example!). Jump Force isn’t in this category, but I’d only recommend picking it up if it’s about ten dollars. (Maybe.) 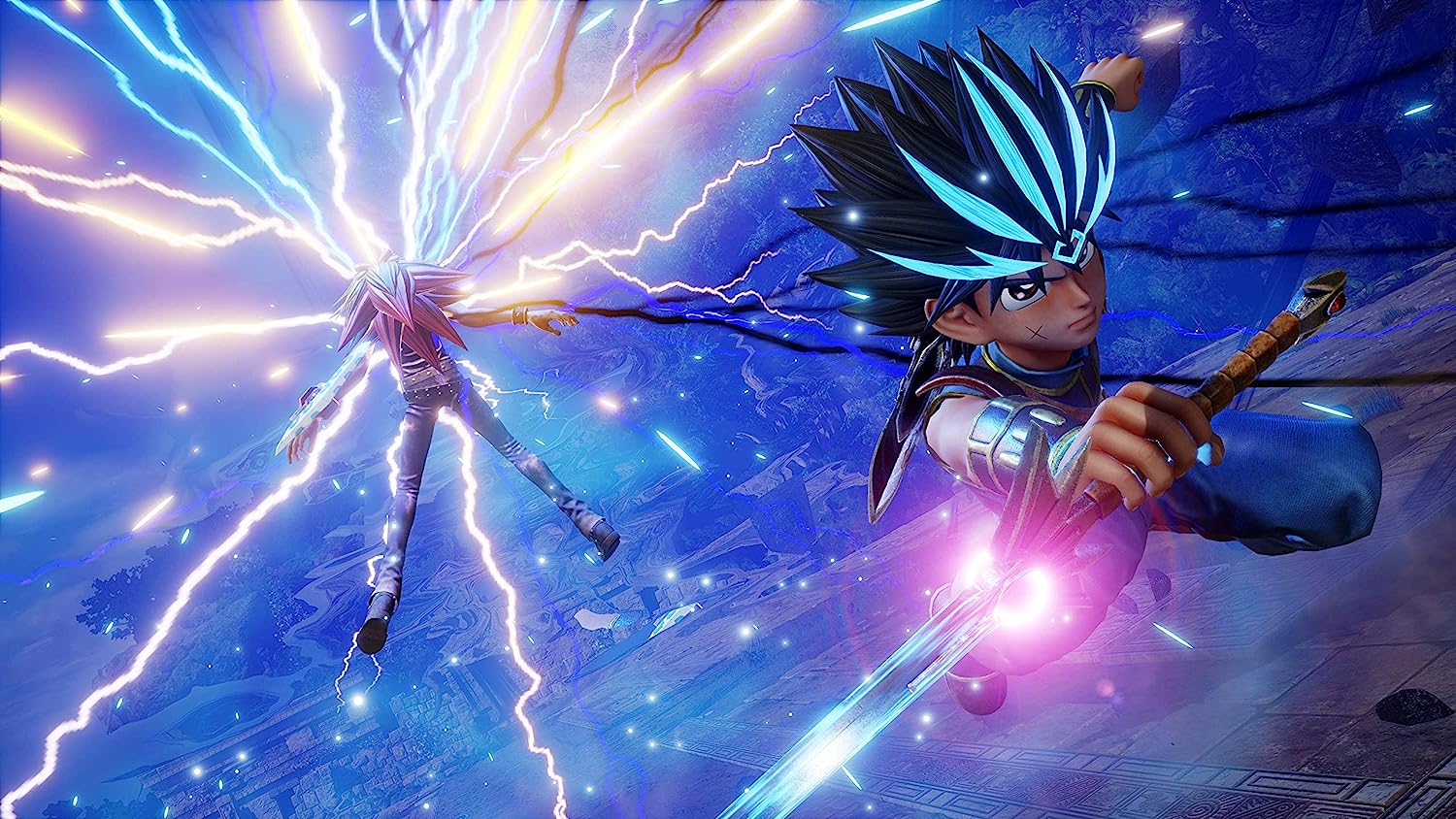 The story is typical: Frieza, one of the villains in Dragon Ball Z – who was seen in Hungary in the last properly aired DBZ episode in 1999 as getting cut in half by Trunks before getting banned, lol – kicks off the game by killing you on the Times Square. Then, Trunks comes in and revives you with the cube, and, of course, you’re the only person being able to save the world.

There’s a unique character creation, so you can make something ridiculous (using moves from other Shonen Jump characters – if you have played Dragon Ball Xenoverse before, this system will be familiar to you, although in subpar quality), only to defeat the unique villain duo, designed by the legend himself: Akira Toriyama. (In case you don’t know: Dragon Ball. Dragon Quest.) 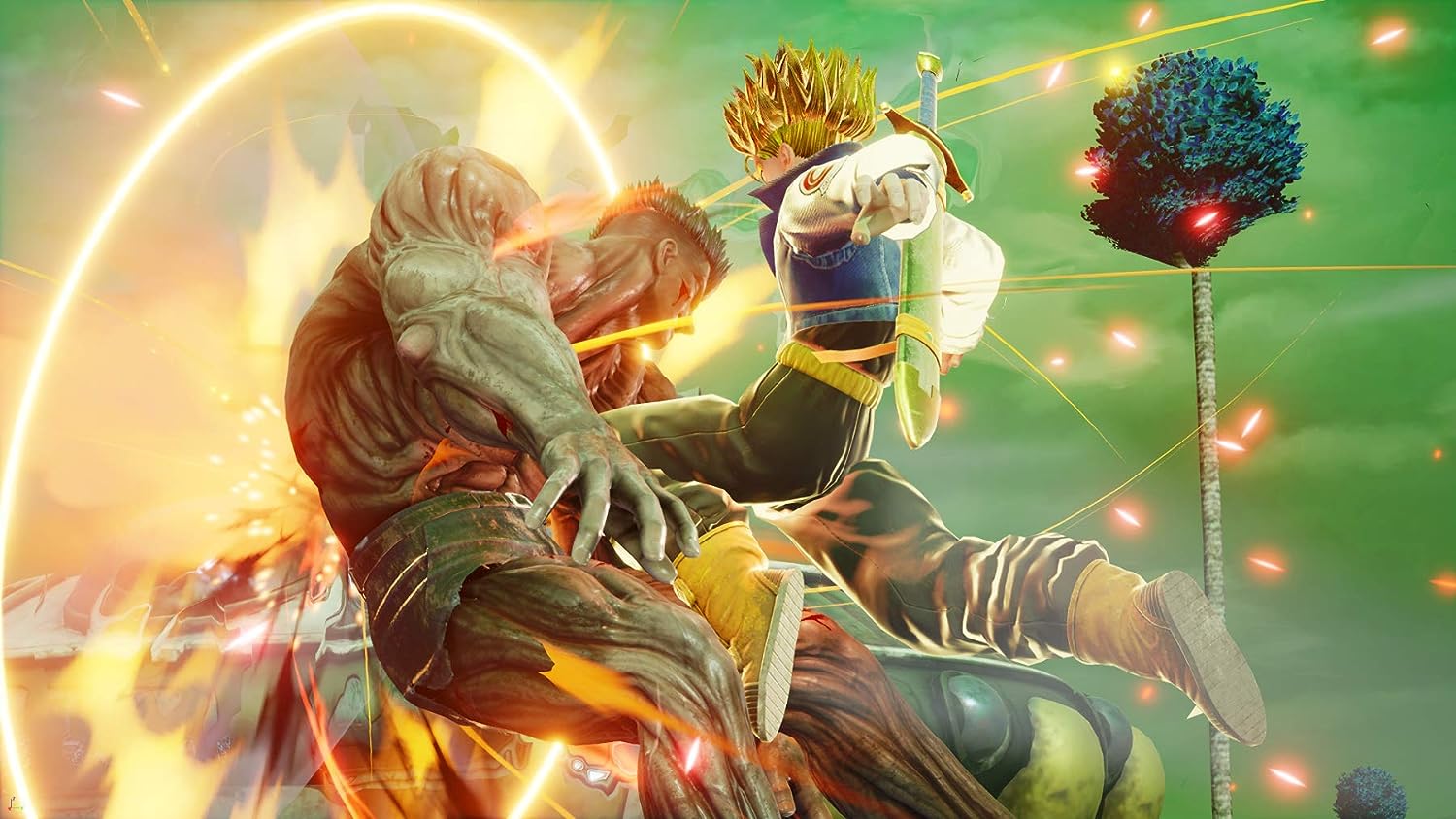 The worlds end up colliding, which means the Shonen Jump universe(s) and the real world locations mix in the background, but I highly doubt you’ll look at them for a long time. The combat, which could be fast and furious, will take your attention away.

The combat itself isn’t that good, and I put it lightly: you have some sort of a rock-paper-scissors system in place (light/heavy combo, slow guard break, and a stupid-looking throw), and if you hold the buttons pressed, then you can switch to special attacks and a super. 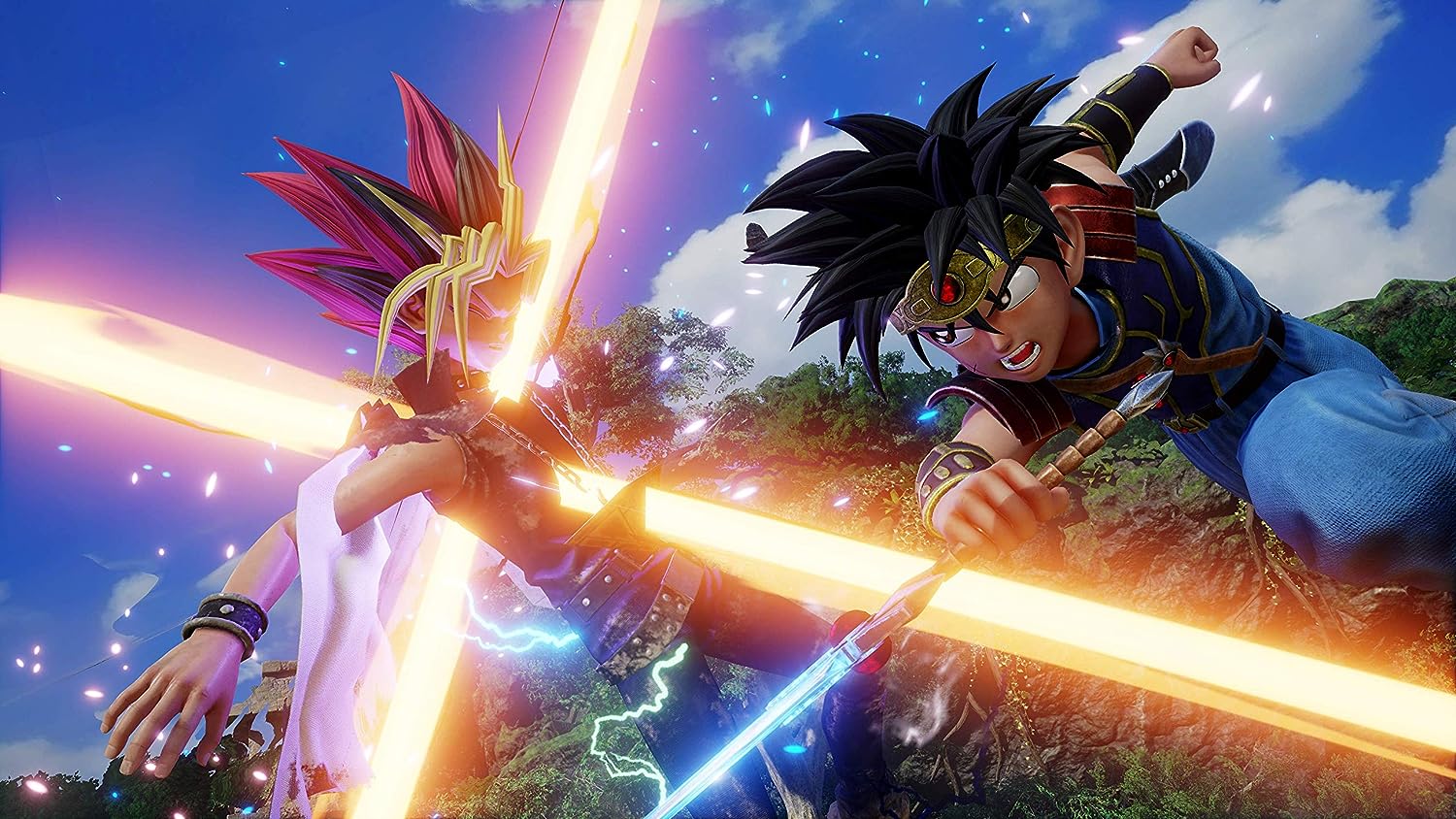 The joke here is the best-looking segments of Jump Force are the supers themselves. They are animated nicely, and they look pleasant. Oh, you can also switch between the characters (as you will usually fight in a 3v3 approach and your custom avatar will take a spot), and they can also do support attacks for you.

So far, so good, but I have to ask something: who the hell tinkered with the Unreal Engine 4 so much that the motion blur makes Jump Force disgusting to watch? It’s too much! Plus, the attacks have some extra effects/particles, making the visuals try to express too much (and I’ll explain another aspect of it on the second page). Jump Force fell flat on its face by being too impressionistic. 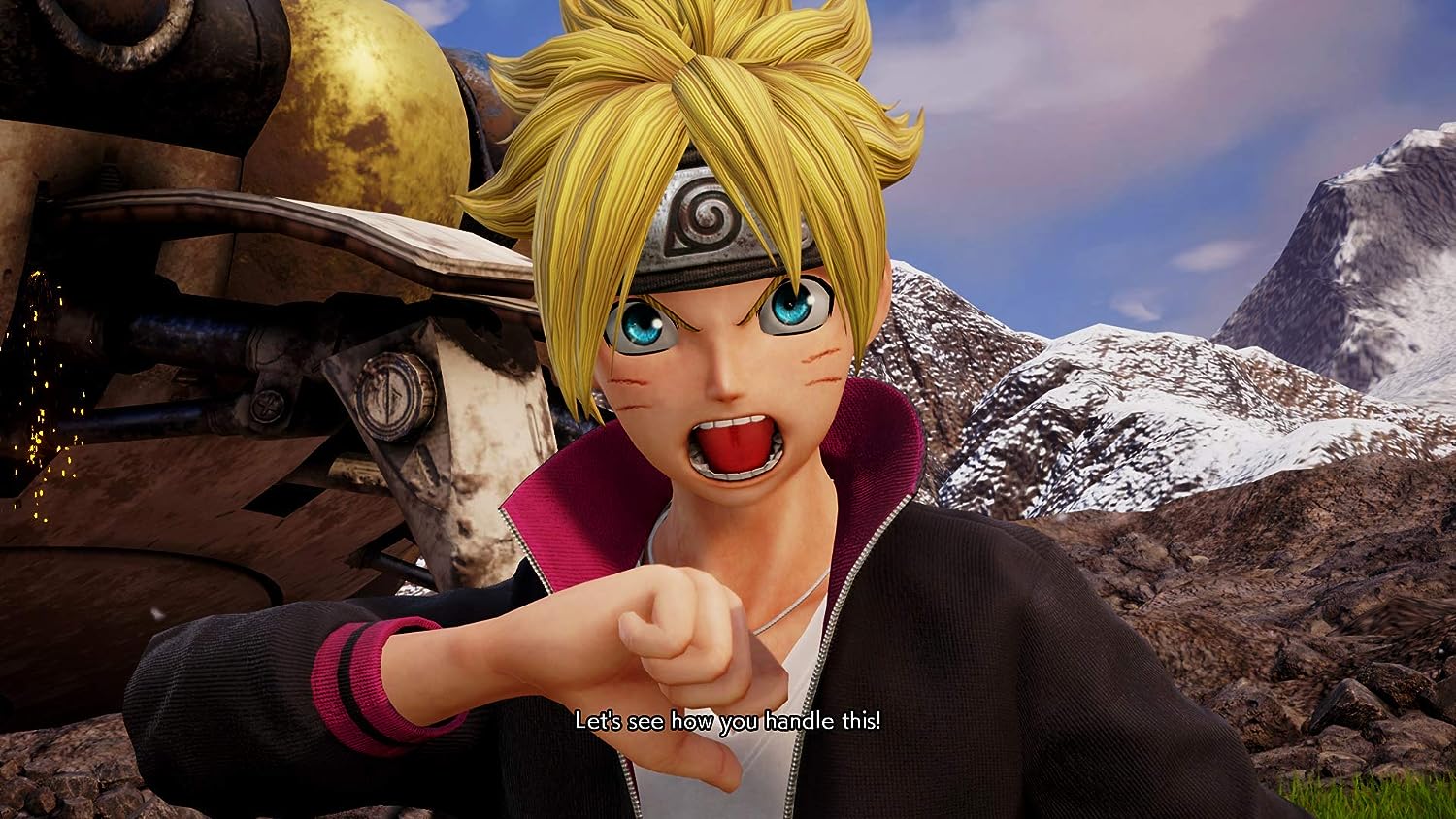 There’s something else with the graphics: Spike Chunsoft tried to go for a slightly more realistic approach than before, but it made the characters too inhuman and even disgusting to look at. For example, watching Naruto Uzumaki’s eyes pop and bulge out are… ugh, you have to see this for yourself! Ugly! Also, the dialogue (???) between the characters during the short cutscenes: they lack life, passion, creativity, everything. One scene has Frieza take off in the most budget way possible:

The cutscenes, which take up more than four and a half hours (you can find the complete thing on YouTube ;)), are mostly low-budget. This is the issue with the whole game: it felt like Bandai Namco rushing the developers to release the game in the 2018-19 fiscal year, causing Jump Force in all aspects (including the performance: the game felt like chugging, which cannot even be explained!) to lack the quality they have previously done with J-Stars, which was another similar game with multiple franchises colliding under one title.

I forgot something with the combat system (aside from the characters sharing one HP bar in your team, which is okay – at least you won’t get a mission failed because one character is just terrible in your team): the game doesn’t really tell you what your character can do. The combos that feel pre-determined always seemed to end with a knockdown move. You can also seemingly swap out to a special move after a few hits, but you have to figure things out on your own. If Jump Force wasn’t able to tell you the most basic things, then what’s the point of the game aside from being a money grab title?

Jump Force is typically the type of the game that will become a PlayStation Plus freebie in a few months. It’s too expensive, it lacks quality, and even for fans, it doesn’t provide as much entertainment as they deserve. There’s no reason to play with this game, but ONLY because of the LOL factor, I give Jump Force a 5 out of 10: you can see a lot of characters (I’ll mention a few franchises: Naruto, Dragon Ball, One Piece, Yu-Gi-Oh!, Fist of the North Star, Bleach…) interact with each other in a sub-par quality. Jump Force is one of the jokes of this year, and I won’t be surprised if it will end up on the bottom half of this year’s top 10 worst games list.

REVIEW - On paper, it sounded excellent: putting several Shonen Jump manga characters together into one game to fight each other, but the issue is that the whole idea's execution has ruined the result, which means the game is far, far from what it could have been in terms of quality.   There are games which are so bad that I'd recommend you to try them. There are also games which are not worth your money (who loves being thrown off the server out of nowhere, randomly? Fallout 76 is a prime example!). Jump Force isn't in this category, but…
Jump Force – Forceless Jump
Jump Force – Forceless Jump
V
The quality is way behind the quantity.

The quality is way behind the quantity.